In Denver, our dry heat keeps many bugs from living amongst us. Usually, this isn’t such a bad thing. We don’t miss the chiggers, the cockroaches, or other bugs found in other parts of the United States.

We do miss the fireflies. 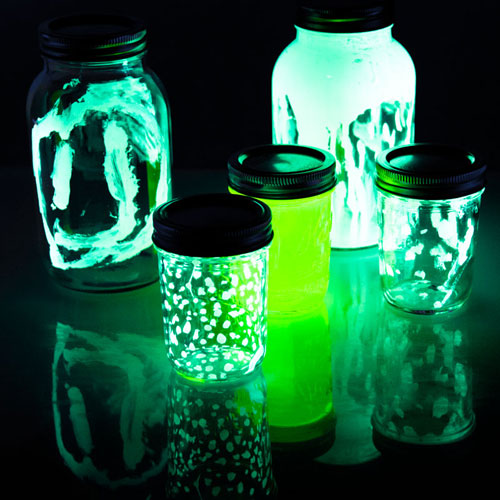 I always enjoyed visiting my cousins who lived in the midwest and catching fireflies on warm summer nights. Since we can’t do that in Denver, and I don’t feel like driving to Kansas City, the girls and I made firefly jars.

This is an easy activity that I have seen on Pinterest.

Most people cut open glow sticks and empty them into a Mason jar. There are two problems with this – the liquid only glows for a short time and glow sticks contain glass which breaks to release and mix the chemicals.

You can make firefly jars that glow over and over again. All you need is a few Mason jars, paint brushes, glue and Zinc Sulfide Glow Powder or Atomic Glow Concentrate. 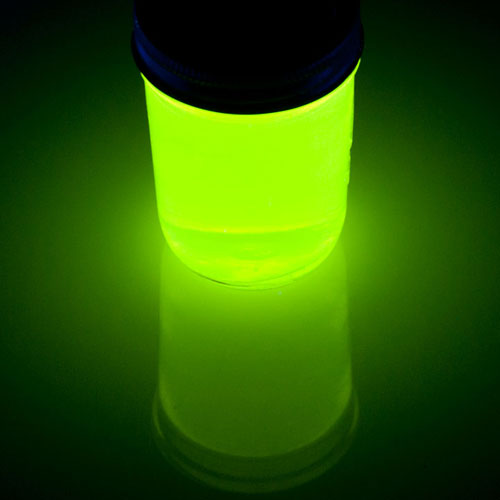 Phosphorescence – Phosphorescence is just like fluorescence, except that the glow continues even after the light used to excite it is removed. “Glow in the dark” toys phosphoresce brightly in total darkness after being “charged” or excited by ordinary white or ultraviolet light. Glow Powder contains zinc sulfide and works by absorbing surrounding light energy and then releases that energy when the lights go out. You can charge the zinc sulfide with white light or ultraviolet light from a black light. 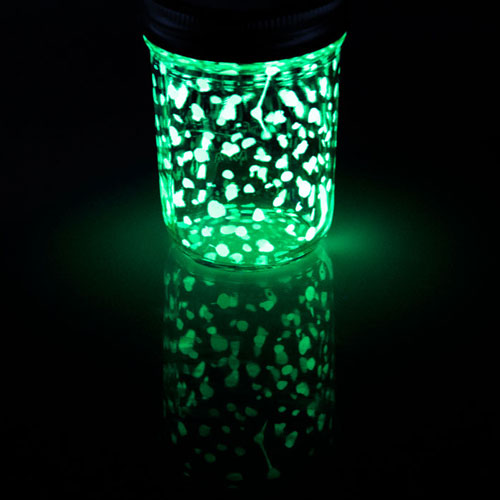 First decide if you want to make fluorescent or phosphorescent glowing jars. Remember, phosphorescent jars do not need a black light to charge the particles, but will need to be recharged often.

You can make cool glowing party drinks for your backyard bar-be-que using tonic water.Tonic water contains quinine, a chemical that glows under a black light. Quinine was added to tonic water to help fight off malaria. Tonic water still contains a small amount of quinine, which makes it a perfect material for glowing drinks. Add a little Tonic water to your drinks, then place a black light behind them. The drinks will glow in the night. Just keep in mind that darker drinks, like Cola won’t glow as well as clear drinks like Sprite.

You can also make glowing ice cubes. Pour tonic water into an ice cube tray and freeze. Add the ice cubes to your drinks and place a black light under or behind them.

For step by step instructions and more on the science of glow, visit our Fireflies in a Jar experiment page.

Contributor Guidelines This Summer is One of Worst Fire Seasons in Colorado – The Science Behind...
Scroll to top
Create a new list