There is a science to making the most realistic-looking blood. Put on your scientist safety glasses and get ready for a little experimentation.

Most of the fake blood recipes below require only a few ingredients, but don’t get caught up in the exact measurements. It’s all about adding a little of this and a little of that until you get the right color and consistency. 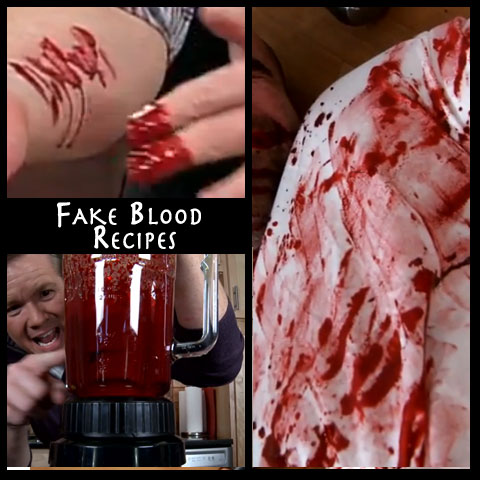 This fake blood will also be safe to dribble a little out of your mouth, because they are completely edible. But many will stain, so be prepared to look a little funny on November 1st and don’t rub it on clothing you don’t want permanently bloodied. You can wash everything with OxiClean® – it does a great job to remove stains.

Use a white towel, napkin or your skin to test the blood. It will look differently in the blender than it does on your skin. We think blood is red, but it is really reddish-brown. It also isn’t see-through or watery. 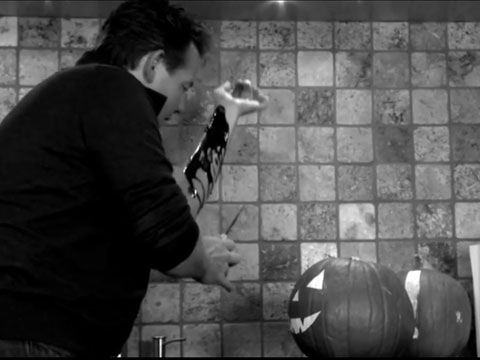 This is one of the most common recipes, but you’ll see that it doesn’t really look anything like blood. That’s okay… go ahead and make the batch because you’ll use the ingredients a little later.

Combine all of these ingredients in the blender and blend away for a few seconds. You can adjust the amount of green food coloring to make the blood a little more brownish-red in color. However, you’ll notice that the blood is a little too transparent. 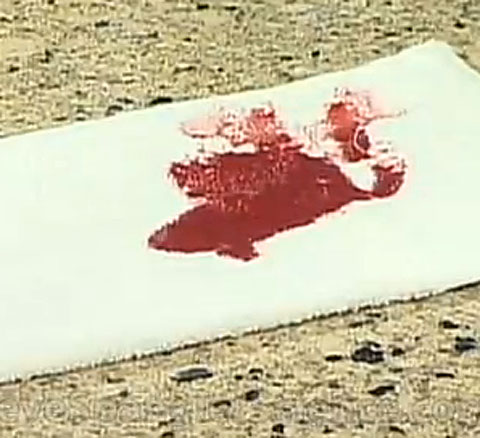 Cornstarch is a common thickening agent for gravies, pie filling, and other goodies. It’s also a great ingredient for fake blood because it adds a little opacity to the liquid.

Place all of the ingredients in the blender and mix until the cornstarch dissolves. If the solution is too thick, add a tablespoon of water and blend the ingredients. Keep doing this until the blood is the perfect consistency. 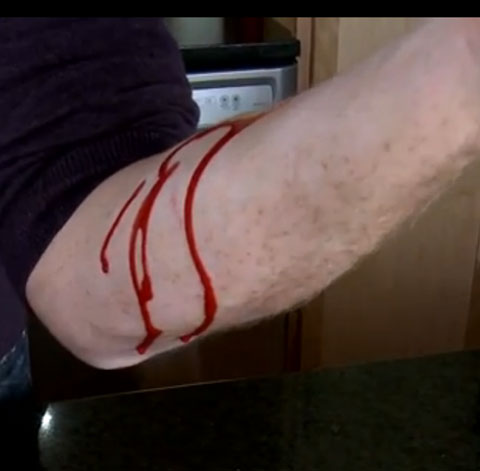 THE BEST FAKE BLOOD… SO FAR

This recipe combines everything you’ve learned so far about making fake blood and adds a few ingredients that pack a great punch (pun intended… as you’ll see below).

Combine all of the ingredients in the blender and mix for 10 seconds. Since different brands of fruit punch vary in color, you’ll need to use your vast experience in making fake blood to tweak the recipe to arrive at your perfect batch of fake blood.

Some fake blood connoisseurs recommend a cup of coffee in place of the fruit punch. You may need to reduce (or eliminate) the amount of chocolate syrup and powdered cocoa used in the recipe. Remember, it’s all about experimentation!

Take the white towel test… drip a few drops of blood onto a white towel to see how realistic it looks. Or better yet… roll up your sleeve and drip a little on your arm if you run into a neighbor!