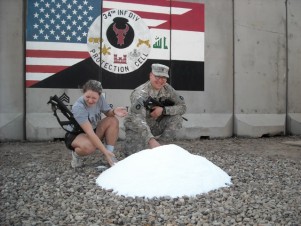 It’s not supposed to snow in Iraq… but that didn’t stop the 34th Infantry Division of the U.S. Army stationed in Iraq. Shelli Markgraf shared these pictures of her husband’s division making a pile of snow in seconds by adding water to our Insta-Snow® powder. By looking at the additional pictures, you might be lead to believe that this was just a fun activity for our soldiers to pass the time… but you would be wrong.

In fact, the eruption of snow was used as a small scale experiment to see what would happen if millions of pounds of Insta-Snow were dropped from helicopters, instantly mixing with water, erupting into massive mountains of snow, with desert winds whipping the snow into a blizzard-like frenzy. Yes, this would confuse the enemy.

After pondering the idea for a few seconds, someone asked, “Where are we going to find the water in the desert to make the reaction work?” It took exactly 1.3 seconds to completely abandon the blizzard idea, and the soldiers resorted to making snow angels on the surface of the sun. 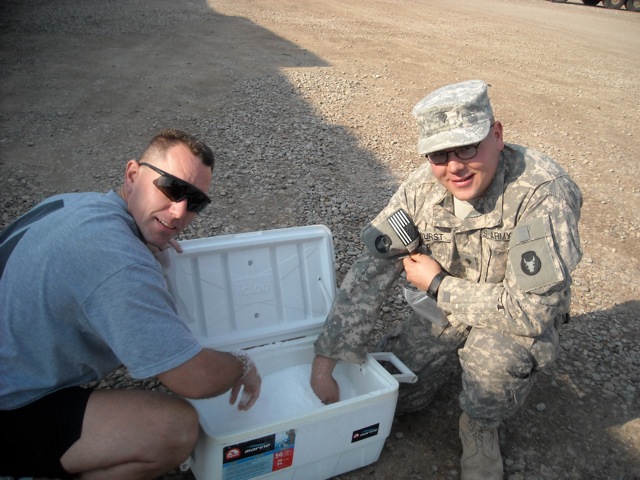 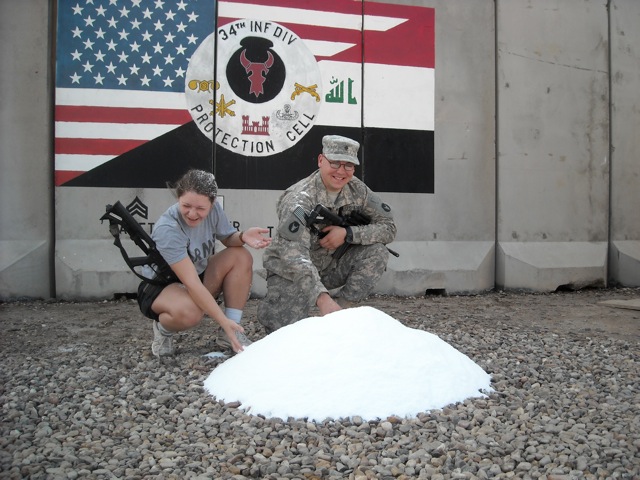 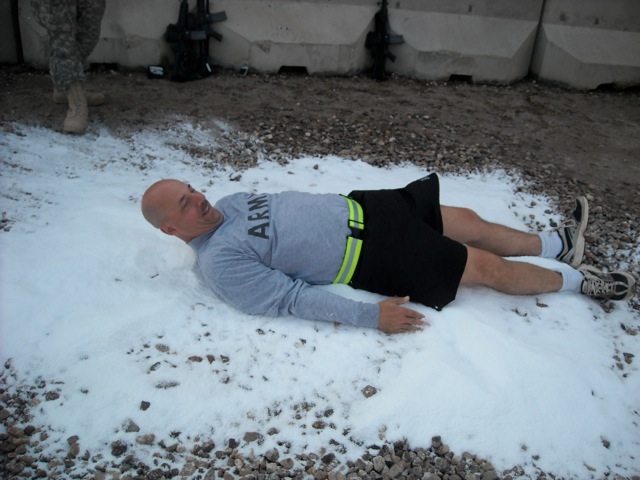 Insta-Snow Steals The Show!
Insta-Snow Keeps Showing Up on Lists for Top Gift Ideas
Don't Be Fooled by Fake Snow Imitations – There's Only One Original Insta-Snow
Boiling Water Turns Into Snow in Subzero Temps a Hoax
Insta-Snow Gets Teacher Out of Speeding Ticket
Teacher Makes It Snow for Kids in Haiti
What Really Happens at the Ellen Show
Best Science Toys for Kids
1 reply