… and when the smoke cleared Judson Laipply was gone.

Oh, you want the rest of the story? I first met Judson over the summer while we were both booked to speak at the same conference. When he mentioned he was coming out to Colorado in August, we made plans to get together. I got a text message from Judson that said, “Hey… do you want to do a video when I come out?” Given the well-known fact that I’m no dancer, you can imagine my apprehension about doing a video. Fast-forward to the day he stopped by to say hi and to check out our offices. When we toured our lab (some call it the playroom), I asked Judson, “Have you ever danced when explosions were going off next to you?” The answer turned into the video… let’s do it!

While Judson ran out to the car to grab his Orange Crush t-shirt, I pulled together a few science demos that I thought could be interesting… and not kill the dancer. I should mention that Judson was passing through Denver on his way to a gig in Wyoming – that’s why he had the t-shirt and music in his car. We only had enough liquid nitrogen to do one take, so that’s what happened. We set out the demos, listened to the music a few times and did it. So, if Judson looks surprised when the flames shot out of the bottle or the big ball of fire appeared or he was hit with the fire extinguisher… he was.

Thanks to Judson Laipply for stopping by and helping me make a huge mess. 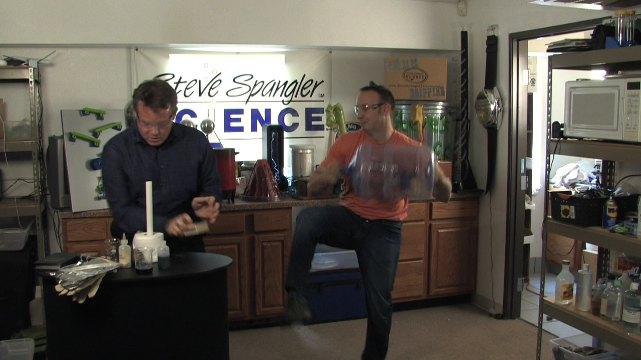 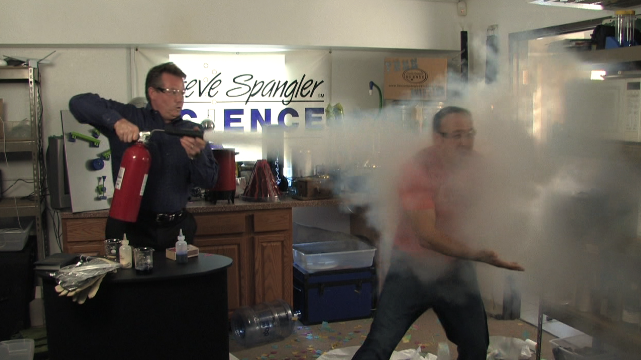 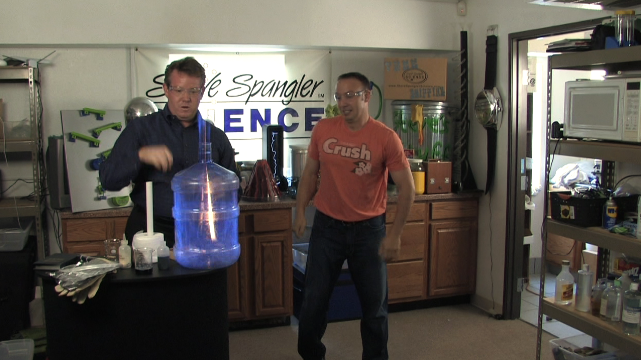 Judson says, “Nobody said anything about fire!” 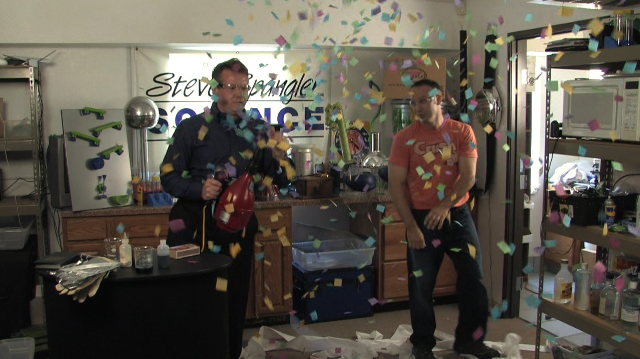 … but he makes a mess 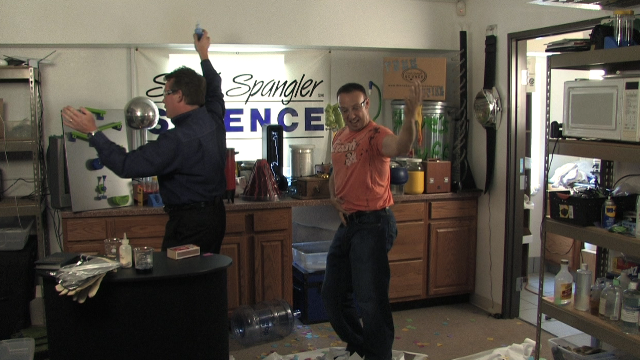 Steve’s not a dancer 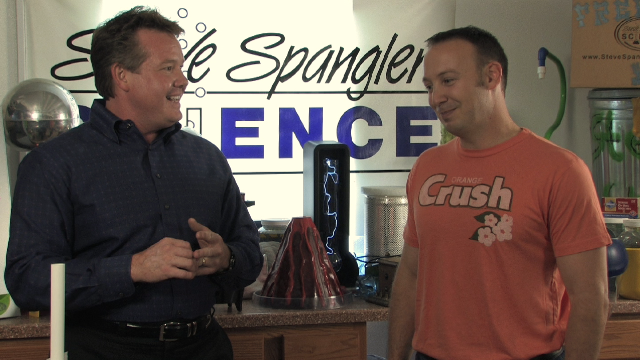 Wondering if this is a good idea