We like to think our science experiments will all be rousing successes, and in a way, they always are.

We like to think our hypothesis will always be correct, and in that same way, it always is.

When an experiment goes wrong, or doesn’t go the way we thought it ought to, the first thing that sometimes goes through our minds is “It failed!”

When in fact, it did not fail.  It just proved something else.  A lot of inventions were invented accidentally – think of Alexander Graham Bell trying to invent a machine that would help the deaf communicate, and accidentally inventing the telephone!

After Christmas, I had a lot of candy canes that I’d taken off the tree, and I thought I’d try some experiments with them.  Our Pinterest boards were full of candy cane experiments that looked easy and fun, so why should mine not be just as cool?

Step one:  assemble the candy canes.  I covered a plate with a sheet of waxed paper and put three candy canes on it.  So far, so good. 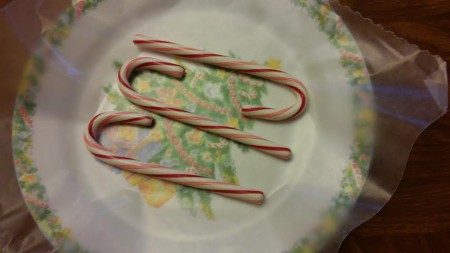 Step Two:  Microwave the candy canes for just a very short time until they become soft enough to bend.

Here’s where it all went wrong.  An experiment requires specific times, and “a very short time” wasn’t specific enough.  It allowed for error. 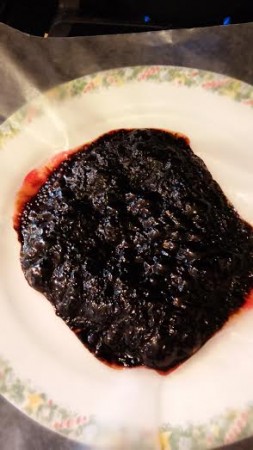 Two minutes seemed like a short time, but apparently it was a long time if you’re a candy cane.

Was this experiment a failure?  Not at all.  I just proved something other than what I’d set out to prove.

Remember this?  I was going to cultivate this viviparious tomato and plant it and eat all the tomatoes it would produce. 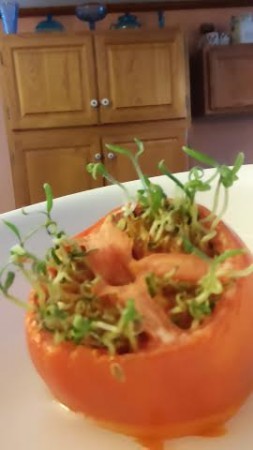 It had a healthy beginning. 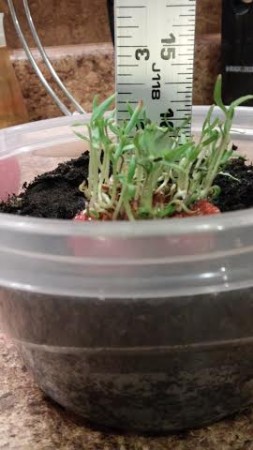 Doesn’t it look great? It was flourishing in that dirt!

Today I put it on the dining room table for JUST A FEW MINUTES to admire it, and maybe take a few more pictures. 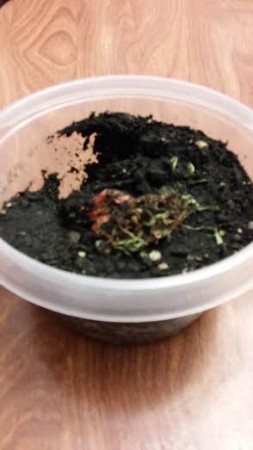 The cats used it for a litter box, and ate the sprouts.

Always make sure the cats are confined to another room when you do science experiments.  Lesson learned.

The main lesson, however, is that no matter what our results, every science experiment has some element of success.  What you prove or learn might not be what you thought you were going to prove or learn, but something is proven and something is learned every time.

Keep on experimenting.  Keep on.