This cute activity is perfect for a Halloween party or crafting afternoon. We used Color Changing UV Beads in these Pony Bead Critters that can hang from backpacks, zippers, lockers, classroom ceilings, party favor bags or wherever. They will even change color in the sunlight. 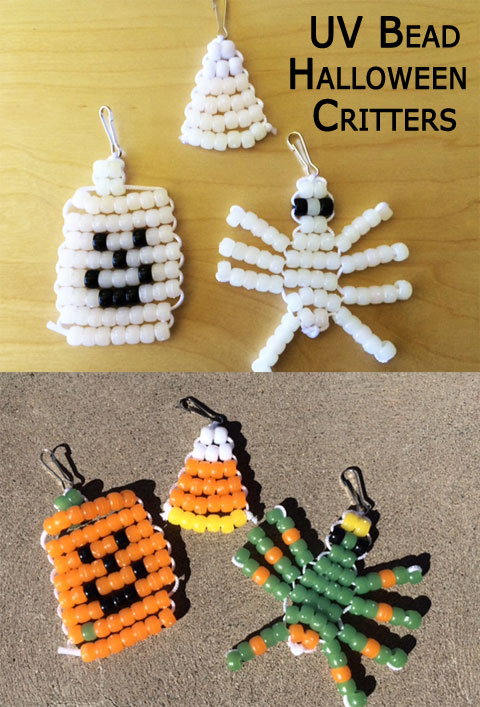 Here’s step-by-step instructions on how to make a skull using UV Beads. We’ve also included links to other sites that offer a ton of different Halloween bead patterns. You can use any pattern and just substitute the UV Beads for pony beads.

There are simple Halloween bead patterns for holiday crafts are all over Pinterest.  That being said, here’s how I like to make a Halloween skull.  Not just any ordinary Halloween skull, mind you; let’s make a skull that has two faces.  To do this, you will need some Steve Spangler Science UV Beads.

Make a pile of 32 beads of one pale color. Make a pile of 7 darker beads.  White and black are great, but be creative! Just be sure you’ve got a big pile of beads that will be pale even when exposed to UV rays, and a smaller pile of beads that will get darker in the sunlight.  UV beads are all white until exposed to the sun’s rays, so be sure you are keeping your colors apart!

Cut a piece of heavy string about 2 feet long.  Thread both ends through a long, strong needle.  Fold the string in half and tape it to a table or cutting board so it won’t move when you tug on it.  And you will be doing some serious tugging!

Some people like to tie a clasp of some kind at the top so your skull is easy to hang.  I prefer leaving some slack thread at the top for hanging.  Your call. 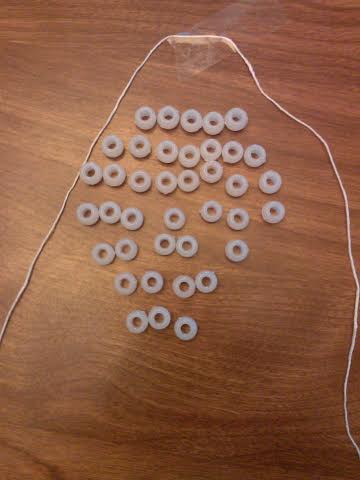 Tape your string. You’re going to be pulling on it!

Row one: Take five pale beads and thread them on one of the needles. Pull it all the way through. Then thread these same beads on the other needle, coming through the other side. Pull it all the way through. There’s your first row, or, as I like to call it, the scalp of the skull.  The second row is also of all pale beads.  Count out seven beads, thread them on your needles and pull tight.  Until you pull, the beads will seem very loose.  Pull and they won’t be. 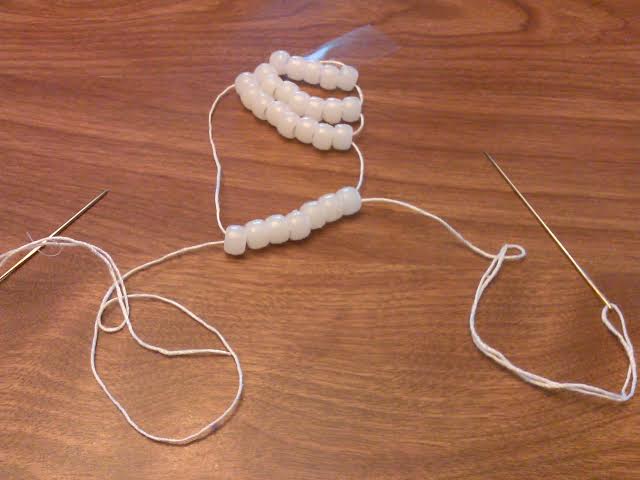 Thread the fourth row in this order: three pale, one dark, three pale. Don’t forget to pull the thread tight after each row.

The fifth row is made up of five pale beads. Thread them on your needles and pull tight. 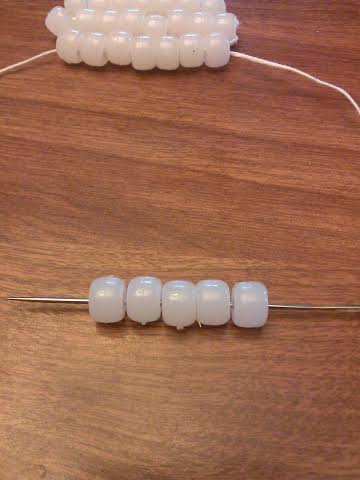 It’s easy to string the beads with a long, strong needle.

For the sixth row, you will use four dark beads. Thread then on your two needles and pull the threads tight.

Tie a firm knot under the skull’s chin. 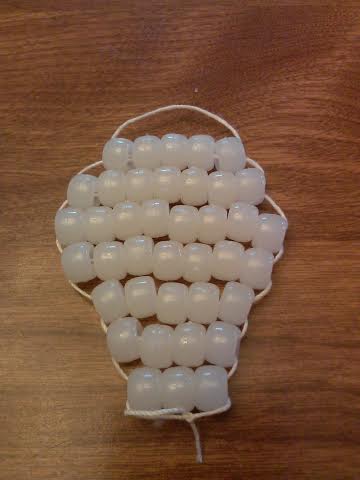 Pull the threads taut one last time, and tie a secure knot under Skully’s chin.

Now comes the fun part: take Skully outside and let the sun’s UV rays hit him. 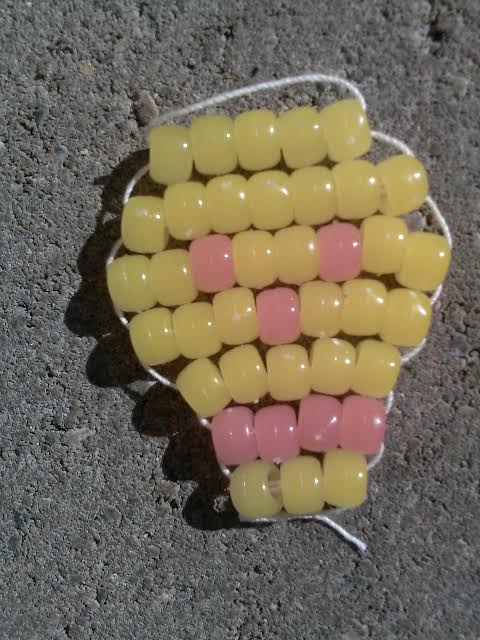 My name is Skully, and I am beautiful!

How to Tackle Common Core and Squeeze Science into the Classroom

Until Next Year, Polymer Body Parts