Were the deadly and destructive floods that devastated large sections of the Colorado Front Range last week the result of climate change? Some scientists say yes.

As a landlocked state, Colorado usually only has a few flood threats – from springtime runoff from mountain snow melt or summer thunderstorms that can dump a lot of rain in a small area. This is what happened during the 1976 Big Thompson or 1997 Fort Collins floods. But last week’s events were nothing people across 17 counties have ever experienced. Many called the drenching rains and deadly floods 100 or 1,000-year events. 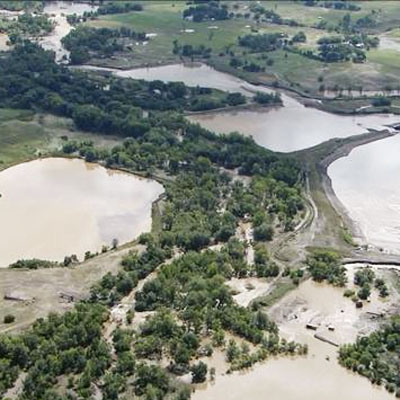 What is a Flood?

The simple definition of a flood is too much water in the wrong place.

Flash floods are the most deadliest type of flood, because they usually involve large walls of water that move quickly and without warning down riverbeds.  Flash floods can also occur in the desert where hard earth can’t hold a large amount of rain in a short period of time. The water runs over the landscape collecting until it becomes a flash flood. 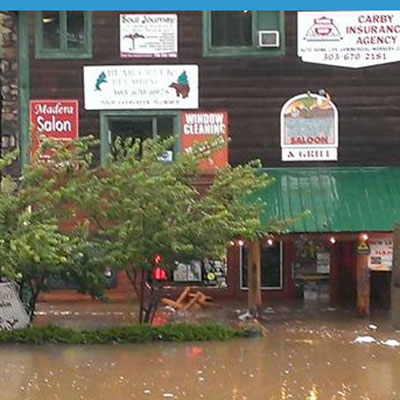 What Happened in Colorado?

Several factors went into the flooding in Colorado. First, a slow-moving system pulled a large mass of warm, moist air from the Gulf of Mexico and pushed it west. When the air hit the Rocky Mountains, it was forced up into the atmosphere and fell as rain. The weather system then stalled out over the Front Range for multiple days. The arid west is not prepared for that type of tropical rain.

Second, September is one of the driest months of the year. Previous to this storm, Boulder’s record for rainfall during the month of September was 5.5 inches.

Thirdly, the area has suffered a long-term drought for over 14 years. Drought hardens the soil. When it does finally rain, the ground cannot absorb much, so it runs across the surface.

Finally, several of the flooded areas previously experienced wildfires which burn  and eliminate vegetation. The bare landscape cannot catch and slow down the running water, causing rainwater to move quickly over large areas and collect in lower ones. Two fires near Boulder changed the land – the 2012 Flagstaff Fire and 2010 Fourmile Canyon fire.

A Result of Climate Change?

Clouds can hold more moisture in warmer air, which can lead to more rain.

In June, President Obama told an audience at Georgetown University, “Droughts and fires and floods, they go back to ancient times. But we also know that in a world that’s warmer than it used to be, all weather events are affected by a warming planet.”

Mark Udall, director of the University of Colorado, Boulder’s Getches-Wilkinson Center for Natural Resources, Energy and the Environment, told National Geographic that science can’t blame any specific weather event on global warming, but the extreme rain storm in Colorado has at least some connection to climate change.

The connection, Udall said, “might be 10 percent or it might be 90 percent, but it isn’t zero percent and it isn’t 100 percent.” 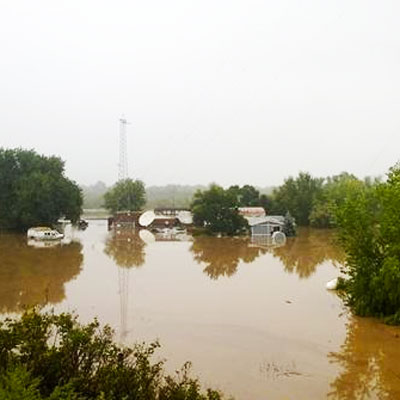 What are the Effects of Flooding?

Flooding is very dangerous and causes wide spread damage. About a foot (30.5 cm) of water can move a car and only 6 inches (15 cm) can knock a person off their feet. Fast moving water can carry large debris and sweep people downstream very quickly. Undercurrents and unknown depths in the water can also disorient and drown even the best swimmers.

Flood waters also wash away roads, bridges and railroad lines, preventing travel and even escape. They wash away telephone and power lines cutting off utilities. Drainage and sewer systems are also overwhelmed during flooding, which can carry bacteria and viruses. Aside from the water damage, toxic materials and mud carried by the extra water cause a lot of damage long after the flood waters recede.

In Colorado, many homes were spared from flooding, but still had to be evacuated due to lack of power, sewer, water, phone and unobstructed roads. 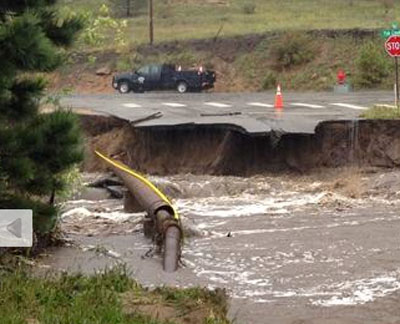 How Can We Protect Ourselves from Floods?

If your home is located in a flood plain, near a river or even in a wildland fire area, it is recommended that you get flood insurance. Homeowners insurance does not cover damage from floods. Special flood insurance is purchased through the government.

During soaking rains and other weather events, stay informed and watch for flood watches and warnings. Get out before the mandatory evacuations go in place. Roadways will be open, people calmer and more resources will be available. This also aides emergency personal who must go door to door during an emergency.Keep all emergency numbers and paperwork in one folder that can be grabbed at a moment’s noticeis also a great way to be prepared for any disaster.

Levees and dams are built to contain and control flooding and large amounts of water. These are not fool-proof and can fail or even overflow. Here’s an interactive guide about levees and how they work –