At the USA Science and Engineering Festival in Washington, DC, children crowd around the Candy Experiments booth.  A volunteer asks if they’re ready to take the marshmallow challenge: “Can you sink a marshmallow?” 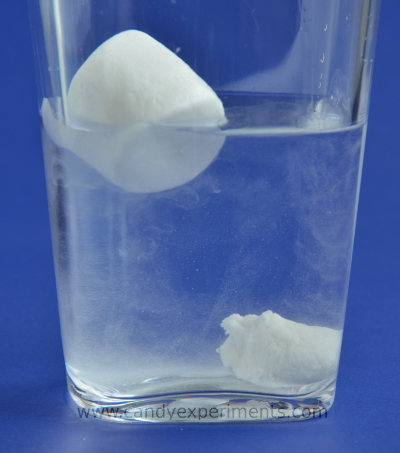 When your marshmallow is as small as you can make it, drop it in water.  Does it sink?  If it does, you’ve made it denser than water.  You beat the marshmallow challenge!

If that was too easy, try a harder challenge: sinking a regular marshmallow.  Squash or roll it on a cornstarch-covered cutting board to keep it from getting too sticky. (Otherwise, you may have to scrape the marshmallow goo off your hands with a spoon.)  Then drop it in a water to see what happens.  You can also try this experiment with Peeps, 3 Musketeers, or other kinds of candy that float. 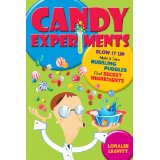 Vivipary and the Tomato
Borax Magic Crystal Snowflake Christmas Tree Ornaments
Colorful Dissolving Candy Kitchen Science
Indoor Fun: How to Make Science Kids’ Play at Home
Melt It, Blow It Up, Smash It But Don't Eat It – New Book Shares Lots of Candy Experiments
Sugar Water Density Towers – Escape the Heat and Experiment in the Kitchen
Sick Science! Summer Camp – Puffy Paint and the Science of Rising Flour
The Experiment of the Week Keeps Them Interested in Science!
8 replies