Tornado season and extreme weather have come early to parts of the midwest already this year. Tornadoes cause widespread damage and loss of lives. But what is the science behind what causes a tornado to form?

Tornadoes are funnels of spinning air. The winds may reach 250 (400 kilometers) an hour while they bounce and run across the land. They usually form during thunderstorms or supercells. A tornado forms when changes in wind speed and direction cause a horizontal spinning effect within the cloud. Rising air moving up through the cloud tips it vertically.

A funnel cloud does not reach the ground; a tornado touches the ground. The twisters don’t last for long, but can travel at speeds of 10 to 20 miles per hour on the ground.

Even though tornadoes occur around the world, the United States is a hotspot, especially along an area nicknamed “Tornado Alley” which includes eastern South Dakota, Nebraska, Kansas, Oklahoma, northern Texas and eastern Colorado. 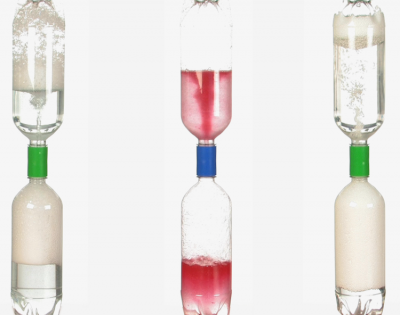 To make your own tornado in the safety of your home or classroom, take a plastic bottle and fill it with water. Turn the bottle upside down, blocking the opening with your hand. Start swirling the water and let it empty into a bucket. You can also create a tornado in a bottle by connecting two plastic bottles with a Tornado Tube. Both water tornadoes are formed when air rushes into the bottle and pushes the water out.

The tornado effect is not just limited to the air and water. Fire tornadoes can occur during a wildland fire. The fire whirls just like a tornado among the trees. As the heated air from the fire rises, strong air currents (often whipping through the trees) cause the air molecules to spin (often referred to as angular or rotational momentum) which shapes the flame into a tornado. 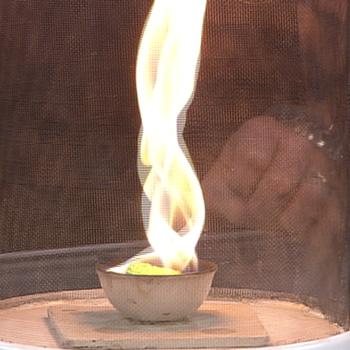 This week is Severe Weather Awareness Week in Colorado. Make sure your family has a plan in case a wind tornado or a fire tornado threatens your area. It’s also good to have a list of essentials to take with you in case you have to get out right away.

The Science of Wildfires
Teachers Making a Difference – Mrs. Z and her Oobleck Pool of Goo
Fire Tornadoes – How Wildfires Burn Tree Top to Tree Top
Tornadoes in a Bottle – Discovery, Wonder and Science for All Ages
Vortex Racing – Tornado in a Bottle
This Summer is One of Worst Fire Seasons in Colorado – The Science Behind the Wildfire
Toy Fair 2012 – The Effects of Launching Over 800 Mentos Geyser Cars
Big Bag of Science – 12 Days of Wonder
2 replies

Eating Nails for Breakfast – Is There Really Iron in Your Cereal? Teacher Makes It Snow for Kids in Haiti
Scroll to top
Create a new list