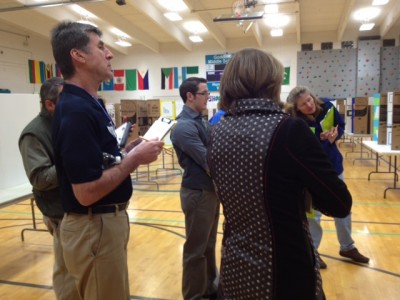 A few weeks ago, I was asked to be a judge at a local middle school’s 8th grade science fair. I was so excited to volunteer to take on title of Science Fair Judge for the first time.

I had no idea what to really expect or how to perform my judging duties as I drove to the school that morning.

This science fair consisted of honor science students’ projects. The two science teachers picked the top 20 projects out of their classes for the judges to interview, but the gym was full of project boards.

Before we began, I really enjoyed wandering around and looking at all of the projects. There were so many creative and unique ideas and all of the kids did a great job. I was glad we didn’t have to narrow the field based on the boards. That was a tough decision. 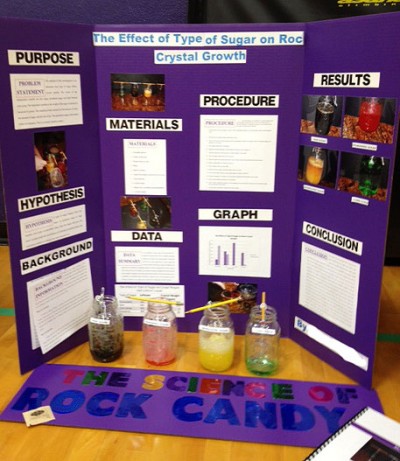 Judges were given sample questions, a few instructions and were then broken into groups of three to interview students about their projects.

As we waited on the floor of the gym, I was nervous. I didn’t want to appear like I didn’t know what I was doing, but I also didn’t want to intimidate the students and grill them. I wondered if the kids could smell the fear on me, these were middle school students afterall.

Our first student came down and we began asking him questions. The poor boy was so nervous and jittery that it was hard to really follow his complicated project on bone densities. I could tell he had done a lot of research and a lot of work. I wanted to ask him to start over and explain it to me, as I was obviously not as smart as he and wasn’t following. But I didn’t want to make him more nervous, so I just listened and tried to put an intelligent, but kind look on my face. I wanted to hug him and tell him if he knew me, he’d know I was nothing to be nervous about.

I thought about what I was like when I was in 8th grade and wasn’t sure I’d be able to stand up to the pressure of talking to three adults while they grilled me about my project.

The first interview was tough, because we didn’t have anything to compare it to. All of the judges had little or no science fair judging experience, so we were all finding our way through.

We spent the next few hours taking turns interviewing students as they came down. Some were more nervous than others and some were more informed and prepared than others. I began getting a stronger sense of understanding what truly made a good project and scientist.

The actual topic of the project had very little to do with the success of a student. Here is what defined a science fair contender, some are obvious: 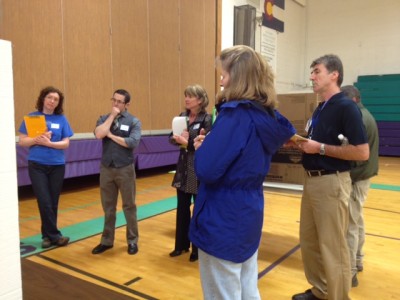 During lunch, the judges came together and chose the top seven students and their projects that we believed fully met all of the criteria listed above. Those seven students had to come back that afternoon and re-interview with all eight judges. I never would have made it.

After we completed our final round of interviews, we chose the top three who were honored in a ceremony that night and won a gift card to Barnes and Noble. Not a bad prize after all that work and pressure.

The winner was unanimously chosen by all eight judges. She had stunning presentation skills, understood her project inside and out and didn’t miss a thing. Her project involved testing how dog food is broken down in the stomach and which one is best to feed your dog. She simulated a dog stomach with lemon juice and water and let dog food pieces dissolve for a set time to see which one worked the best. We had to ask her definitions for some of the terms she used, because some of it went over our heads. She knew exactly how she would do the experiment better next time – use a balloon to better simulate a stomach with motion and digesting. Wow. Nothing like being blown over by an eighth grader.

Looking for a great science fair experiment, here are the top seven projects that won –

Can You Really Balance an Egg During the Equinox? Teachers Making a Difference – Mrs. Z and her Oobleck Pool of Goo
Scroll to top
Create a new list