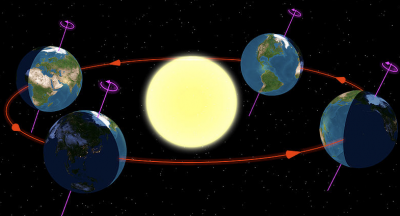 This is an encore posting of an article we ran in spring of 2010 about balancing an egg on the equinox.

As the earth continues on its path around the sun, there are two points at which the sun hits the Earth perpendicular to the axis. When the earth is in this position, the sun is directly over the equator and there is an equinox. The earth then continues to tilt the opposite side of the sun and the seasons change to winter in the Northern Hemisphere and summer in the Southern Hemisphere. 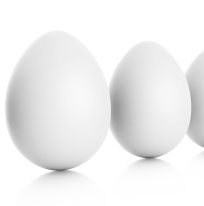 What will happen if you try to balance the egg on March 21st? Or April 20th? Or October 2nd?  The egg will balance the same on any day as it does on the vernal or autumnal equinox. It helps if you try it on a rough surface or choose an egg with a bumpy end for better balance.
The myth comes from an assumption that during the equinox a special gravitational balance exists. The equinox is about balanced light, not balanced eggs or special gravity.

As an aside, a solstice occurs when the poles of the earth are tilted at their maximum away or toward the sun. At winter solstice, the pole is tilted furthest from the sun, at summer solstice it is tilted closest to the sun.