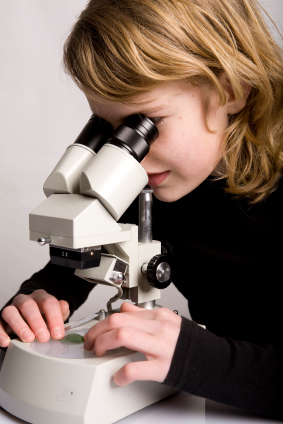 What age should children begin participating in science fair? Should science fairs be judged? How much involvement should parents have in their child’s project? These are questions that are debated every year during science fair season.

I recently read a mother’s frustrated rant about her child’s school and how they ran their science fair this year. She said older children in grades 4-5 received 1st, 2nd and 3rd place trophies, while children in the 2nd and 3rd grades only received first place trophies. The kinder and 1st graders only had first place winners, but did not receive trophies. At the awards ceremonies, all the winners stood together, and a third place 5th grader received a trophy next to a first place kindergartener with the prize of only recognition. I won’t go into what is wrong with this – I think it’s obvious.

When she asked why the younger ones weren’t as strongly recognized, she was told that only the upper grades should be allowed to participate and kindergarteners should “just be glad they are allowed to do a project.” It was also explained that kindergarteners do not understand what a hypothesis is, so they can’t do a project as independently as the older kids.

If kindergarteners aren’t allowed to participate, then how will they learn about the scientific method and be able to form hypothesis? Aren’t you stifling their ability to learn by deciding what they are and are not capable of doing? Kindergarten is the best environment to encourage lifelong learning, thinking outside the box and exploring. Five and six year olds are extremely creative and excited to make discoveries. If we wait until they are 10 or 11 years old to start encouraging learning, aren’t we failing our children?

Yes, a kindergartener will need some extra help and guidance in putting their science fair project together. But the next year as a first grader, they will be able to work a little more independently and so on each year.

All children who participate in science fair should be applauded and recognized, regardless of age or grade. I think this school and organizer completely missed the mark with their science fair.

While I am on my science soap box, I believe science fair should not be judged. At my sons’ school, participation is encouraged, and not judged. In each grade, starting in kindergarten, the students work on a class science fair project. This teaches them how to conduct an experiment and present it as a project. Each year, the experiments become more challenging and the expectations raised.

The focus of science fair is asking questions, learning and finding the answers to your questions through exploration. Science fairs that are judged encourage a deeper parental involvement because of the competitive aspect. The focus is on a winning project, the best looking board and the most professional appearance. The true focus is lost. Children should have parental support and guidance, but should do the work and make the discoveries for themselves. Education is not a competition – it’s a lifelong dedication.

With that, how does your school handle science fair? Is it judged? Is it open to all grades? Is it voluntary or mandatory?

News Set in Disarray After Giant Smoke Rings Pound Anchors Are You Organizing a School Event this Spring? Need a Little Help Coordinating...
Scroll to top
Create a new list