Steve Spangler had two talented and amazing scientists join him this week on his television segment at 9News. Both Elli and Bryce had science fair projects that tested and used different types of oils.

Elli is a 4th grader. Her science fair project caught our eye because of all of the bubbling potions. Her project was to test which oil worked the best in making a homemade lava lamp. 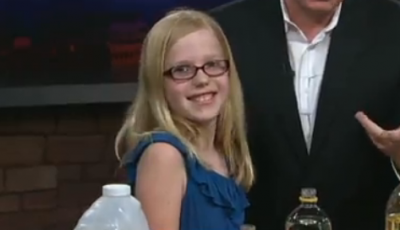 She tested Wesson Oil, Crisco Oil and a generic oil. After adding water to a large amount of the oil, Elli dropped food coloring into the solution and then added an Alka-Seltzer tablet. The Alka-Seltzer separated the water and the oil and caused a bubbling reaction. All three oils performed well. 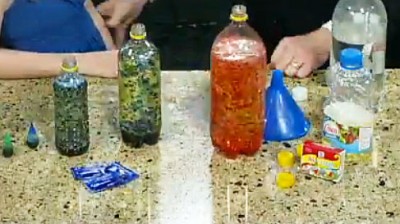 Next, Bryce explained his science fair project that involved testing the effects of lubricant oils on wheels. He wanted to know which one would make a wheel spin faster. Bryce is a 5th grader and put together a controlled environment in which to test his hypothesis. 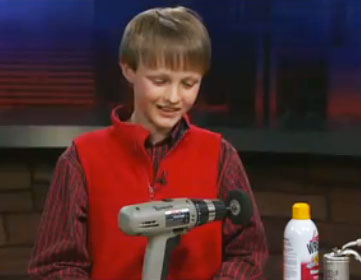 Bryce tested graphite powder, oil, silicon and nothing. Bryce attached four wheels to a plywood board and then applied the lubricant. He used a drill for three seconds to get each wheel spinning then timed how long they spun. The graphite powder made the wheel spin the longest. Boy Scouts working on their Pinewood Derby cars will be excited to have this information. 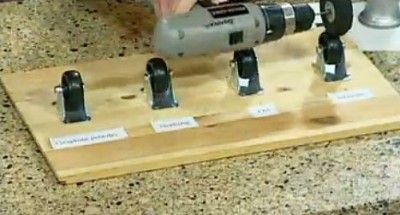 Thanks Elli and Bryce for sharing your ingenious science experiments with us.