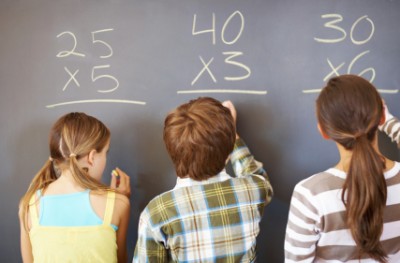 Yesterday, President Barack Obama gave 10 states a waiver from the No Child Left Behind (NCLB) 2001 Act. It was a bipartisan federal law signed by President George W. Bush on Jan. 8, 2002 that was a reauthorization of the Elementary and Secondary Education Act.

The ESEA was enacted in 1965 and reauthorized in 1994. It was the federal government’s flagship aid program for disadvantaged students. The No Child Left Behind Act came at a time when the public was highly concerned about education. It was designed to drive improvements in student achievement and to hold states more accountable for student progress.

NCLB worked to help disadvantaged students and touched every public school in America while expanding the federal government’s role in education. The goal was to get students up to reading and math standards by 2014 by building accountability into the education system through standardized testing. If schools did not show progress, they would face sanctions.

Since its inception, NCLB has been under fire in the education community. Some high-performing schools began failing to meet set rates of improvement. By 2010, 38 percent of schools were failing to make mandated yearly progress. This was up 26 percent from 2006. States were also seeing high rates of failure to meet the benchmarks.

An opinion poll released in December 2003 found that nearly half of school principals and superintendents view the federal legislation as either politically motivated or aimed at undermining public schools. Likewise, a study by Policy Analysis for California suggested that, because of its requirement to evaluate school progress on the basis of demographic subgroups, the law might disproportionately penalize schools with diverse student populations (Public Agenda, 2003; Policy Analysis for California Education, 2003).

Educators say the law forces teachers to teach to the test rather than give their students a well-rounded education. NCLB does have supporters, even in the education world. Some believe the tough accountability mandates are “vital levers of change, inclusiveness, and transparency of results.”

Some politicians and citizens complain that the law gives the federal government too big of a role in education. Members from both political parties agree that the law has problems, but efforts to revise it have been stuck in Congress. Due to the slow process, President Obama’s administration began granting waivers this week.

“After waiting far too long for Congress to reform No Child Left Behind, my administration is giving states the opportunity to set higher, more honest standards in exchange for more flexibility,” said President Obama in a statement.

“Today, we’re giving 10 states the green light to continue making reforms that are best for them. Because if we’re serious about helping our children reach their potential, the best ideas aren’t going to come from Washington alone. Our job is to harness those ideas, and to hold states and schools accountable for making them work.”

President Obama is calling on Congress to continue to work on revising the law.

The states to receive waivers are Colorado, Florida, Georgia, Indiana, Kentucky, Massachusetts, Minnesota, New Jersey, Oklahoma and Tennessee. New Mexico had also applied for a waiver in the first round and is continuing to work with the Obama administration.

States applied for the waivers because they were not going to meet the goals and could potentially face sanctions from the government.

Twenty-eight additional states with the District of Columbia and Puerto Rico say they will also apply for a waiver.

Education Secretary Arne Duncan said he believes NCLB drives down standards, weakens accountability, narrows the curriculum and labels too many schools as failing. He also believes local educators should make decisions vs making those decisions on the federal level.

“Rather than dictating educational decisions from Washington, we want state and local educators to decide how to best meet the individual needs of students,” Duncan stated.

The Obama administration is not abandoning standards altogether.

“To get flexibility from NCLB, states must adopt and have a plan to implement college and career-ready standards. They must also create comprehensive systems of teacher and principal development, evaluation and support that include factors beyond test scores, such as principal observation, peer review, student work, or parent and student feedback,” according to the administration.

Here is a breakdown of the measures from NCLB (taken from EdWeek.org)