As the field narrows and we get closer to a front runner emerging for the Republican nomination for president, it’s important that voters do their homework and really learn about each candidate and their views. The candidates do not agree on many topics, including education.

We looked at the remaining five candidates and their views on the future of education. Two of the candidates are in favor of eliminating the Department of Education. Is this a good idea?

The U.S. Department of Education’s website states its mission “is to promote student achievement and preparation for global competitiveness by fostering educational excellence and ensuring equal access.”

ED was created in 1980 by combining offices from several federal agencies. ED’s 4,400 employees and $68 billion budget are dedicated to:

I think the majority of Americans will agree our education system needs repair and reform. Some of the questions being asked of the candidates include: Do we dismantle the Department of Education? Do we fire teachers whose students do not get high scores on tests? Do we encourage parents to homeschool or place their children in charter or private schools? What about children in low-income areas? Is the No Child Left Behind Act working? Let’s not forget that many, many public school districts are suffering from deep budget cuts. They are cutting school staff, staff development, materials, and teachers. Class sizes are also on the rise.

Teachers, in fear for their jobs, teach to the test and don’t always encourage free thinking and discovery. There isn’t time or money for centers, science, art or music. Teachers are forced to drop engaging and fun learning lessons in exchange for strict math and reading lessons.

What changes would you make to education? Do you agree with the candidates? All five remaining candidates’ views vary widely. Here are their  views posted verbatim from 2012RepublicanCandidates.org. (Rick Perry is not listed on the website, so we used a post from Education News.) 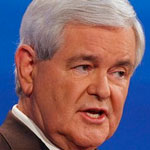 • Gingrich believes that high schools are now obsolete. He would make schools and teachers compete to improve education.

• He thinks that we should focus on patriotic education instead of multiculturalism.

• He thinks education is the most important factor in our future prosperity and national security.

• He insists that failing schools must change and he supports charter schools. Gingrich would provide students at hopeless schools with private school scholarships.

• He wouldn’t charge interest on student loans for science and math students.

• He would bring back school prayer with a Constitutional amendment and thinks that federal aid should go only to schools that allow voluntary.

• Gingrich has said that high school girls who graduate as virgins should be rewarded. 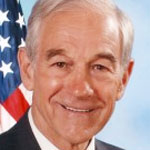 • Ron Paul thinks that shutting down the Department of Education will improve the quality of education. He wouldn’t dismantle public schools but would encourage homeschooling and private schools with tax write-offs.

• He believes that black and hispanic colleges should not get special funding.

• Paul voted yes on vouchers for private and parochial schools.

• He would support a Constitutional amendment that allows voluntary school prayer. 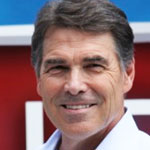 Governor Rick Perry believes strongly in accountability.  At the forefront of his plan are the “Seven Breakthrough Solutions” for higher education, and while these were initially drafted for just the state of Texas the ideas in these goals likely reflect Governor Perry’s broader vision for education improvement.

Perry’s 7 goals are: Measure teaching efficiency and effectiveness, publicly recognize and reward extraordinary teachers, split research and teaching budgets to encourage excellence in both, require evidence of teaching skill for tenure, use “results-based” contracts with students to measure quality, put state funding directly in the hands of students, and create results-based accrediting alternatives.

Perry urges all universities to use their money wisely so that costs of tuition do not continue to skyrocket.  He would rather have universities invest their research money in projects that will yield a beneficial result instead of researching something for the sake of researching it. These solutions are meant to save money for use on the students and increase the effectiveness of education.

How Rick Perry wants to reform lower education on EducationNews.org > 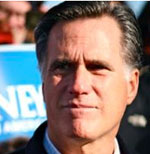 • Mitt Romney points out the underperformance of kids in the US saying that they score only in the bottom 10%- 25%. Therefore there is a need to revamp the education system.

• Education should not be confined to a teacher’s union only. There should be involvement from parents, the state, federal government with the support of the teachers.

• He perpetrates English immersion in schools stressing that English should be learnt at a very young age.

• While Governor Romney brought forth a scholarship for all kids that graduate in the top quarter of the class known as the John and Abigail Adams scholarship, which was 4 years tuition free entry to state colleges and universities.

• He supports the concept of ‘No Child left behind’.

• He was against schools inflicting specific religious practices or prayer in schools. Instead Romney stressed on teaching the importance of economics and family values.

• Romney pledged to vote for a means tested school voucher program which gave the students coice toi attend any public or private school of their choice.

**Romney says he is not for dismantling the Department of Education, although he had supported that plan several years ago.
EducationNews.org also did an article on Romney’s education views > 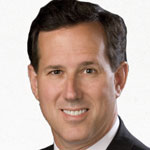 Despite the 2004 controversy surrounding his children and the Penn Hills School District, Santorum is perhaps better known in the education sector for his effort at including the ‘Santorum Amendment’ into the No Child Left Behind Act of 2001. It was an attempt at including the theory of intelligent design, alongside the theory of evolution, into the public school science syllabus. The attempt proved to be unsuccessful, but it has been largely credited as the catalyst for the decade long battle between the Creationist and the scientific community.

I was surprised at how difficult it really is to find the candidates’ specific views and plans on education. Some of their campaign websites do not provide their views on education and I have found conflicting information. Here are a few more articles on the candidates and their thoughts on the education issue.

On the Issues – Politicians on Education

A few definitions from Issues2000.org:

Charter Schools
‘Charter schools’ are publicly-funded and publicly-controlled schools which are privately run. They are usually required to adhere to fewer district rules than regular public schools.

NCLB – No Child Left Behind

School Choice
‘School Choice’ generally refers to a school district allowing parents to decide which school within the district to send their kids to. The political issue is whether to allow the choice to include private schools, parochial schools, and home schooling at taxpayer expense. Taxpayer funding of parochial schools potentially violates the Constitutional separation of church and state. Taxpayer funding of private schools is controversial because it subsidizes parents who are currently paying for private schools themselves, and are usually more wealthy than the average public school family.

Vouchers
‘Vouchers’ are a means of implementing school choice — parents are given a ‘voucher’ by the school district, which entitles them to, say, $4,000 applicable to either public school or private school tuition. The value of the voucher is generally lower than the cost of one year of public education (which averages $5,200), so private schools (where tuition averages $8,500) may require cash payment in addition to the voucher.