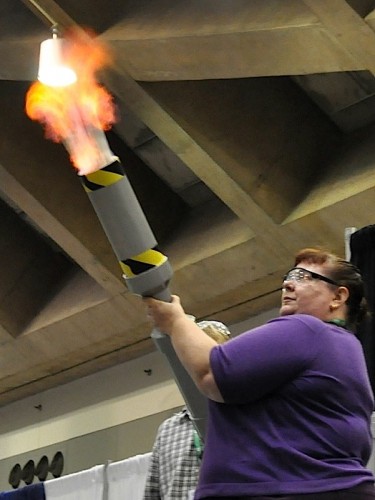 Where do science museums get all of their great ideas for exhibits, live demo shows and everything else that makes us say, “How did they do that?” The secret is ASTC… and I experienced the magic of ASTC this past weekend in Baltimore, Maryland.

ASTC is the Association of Science-Technology Centers and their annual conference is nothing short of a meeting of the greatest science education minds in the world. I’ve known about the conference for years, and I’m good friends with many science museum educators who attend the event, but I’ve never had the opportunity to attend. All of that changed this year with an invitation by the ASTC legend himself, Eddie Goldstein, to present a workshop together at this year’s conference.

Eddie is the Senior Educator and Coordinator for Science Gallery Program at the Denver Museum of Nature and Science. Eddie and I have been friends for nearly 35 years with our roots dating back to a time when we studied the art of magic with fellow magicians in Denver, Colorado. Aside from being a great magician, Eddie is one of the most recognized and respected educators in the science museum world today. He’s a frequent speaker and lecturer at conferences around the globe, and we’re proud to claim him as one of our own in Colorado.

Playing on our share experiences performing magic, Eddie came up with a great workshop idea for the 2011 ASTC conference… How Being a Magician Made Me a Better Science Demonstrator. Over the years, there’s been a growing interest in pointing out the parallels between science and magic. Eddie’s idea took this concept to a new level by sharing the many parallels between being a good educator and being a good magician. Instead of falling into the trap of doing clever tricks to try to demonstrate scientific principles, the session explored the sophisticated techniques that magicians use to build mental models in people’s minds and how to use those same techniques to build scientifically sound mental models instead.

I’m sharing this because I’d like to hear your thoughts on the similarities and differences between science and magic and/or magicians and teachers.

There were far too many highlights from my ASTC experience to share them all, but one that stands out was being asked to be a part of another ASTC tradition and one of the most popular features of the conference – the LIVE Demo Hour, hosted by none other than… Eddie Goldstein (see, I told you this guy is a big deal). The LIVE Demo Hour gives staff from science centers and museums all over the world the opportunity to showcase some crowd-pleasing (and often messy) demonstrations about scientific principles. 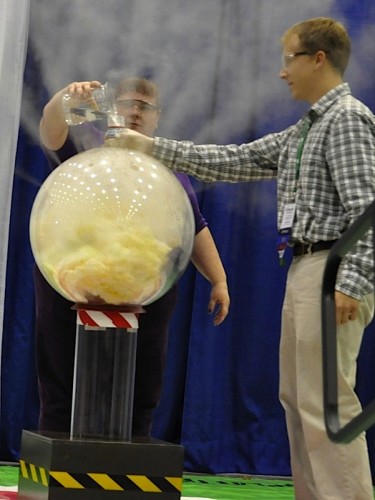 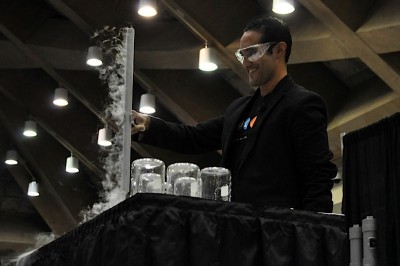 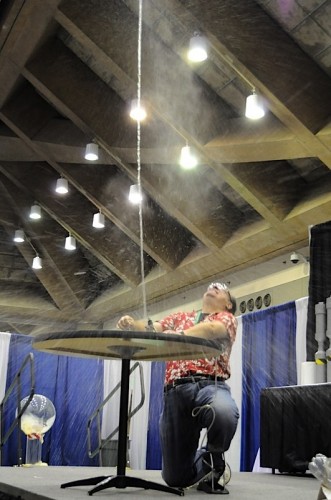 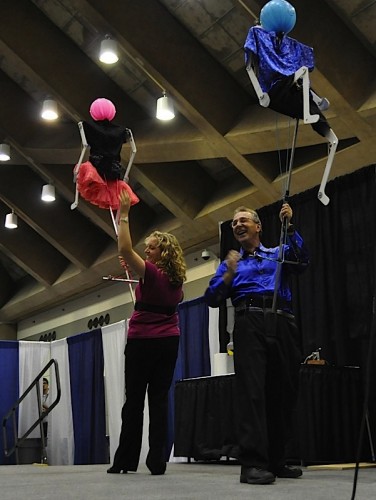 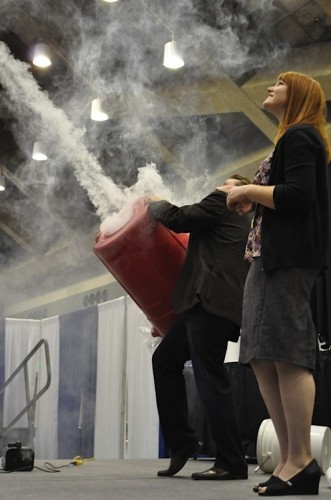 … and yours truly blasting a few giant rings of smoke from the trash can of science.

My sincerest thanks to everyone who attended the ASTC conference for welcoming me into your group and sharing some of your science secrets for making science fun.