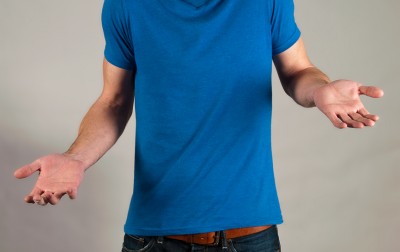 1. Who is Bradley Mayhew – Tell us about yourself
Iʼm an Aquarius, I love being outside and taking long walks on the beach at sunset…Technology is a HUGE part of my life. At home we have an iMac, MacBook Pro, MacBook, Apple TV, two iPhone 4s, an iPad, and an iPad 2. All of them are connected in some way. Iʼm obsessed with utility apps for my iPad . Anything that allows me to control something from another location is awesome. Other than that, I am a movie and TV buff. Currently I own over 1200 movies and 150 seasons of various shows… and yes, I can access all of them on my iPad from across the country (thanks StreamToMe)!

2. What do you do at SSS and how long have you been here?
Iʼve been doing work for the company since May of 2008, and officially hired on in September of that year. I met Steve while attending Magic in the Rockies in 2006 and ran into him a few years later while working for Apple. My first task after being hired on was to ingest 20 years of video from various formats including Beta, DVCam, MiniDV,VHS, Reel to Reel, Laser Disc, 8-Track and Phonograph. Our 16mm projector was broken, so I had to isolate myself in a dark room, duct tape a mini flashlight to a step stool, and then run past it really fast holding one end of the film. Iʼd guess that I was running at about 24 frames per second. Last year, the company paid to have an experimental procedure done where they replaced my right hand with a high definition camera enabling me to film at a moments notice. Then I take that footage and edit it into a finished product.

3. What do you like best about what you do at SSS?
I love getting the chance to be creative and come up with different ways to cut videos. Over the last few years, one of my signatures has become editing movie trailers for events we have.

4. What is your favorite Steve Spangler Science moment?

5. How/Why did you come up with being the Headless Horseman of Spangler videos?
First of all it was not a choice, I was just born this way. Life without a head has been tough. I have a hard time knowing where I am going, eating is difficult without a mouth, and I think my barber has been overcharging me for my haircuts. Second, I prefer the term Manhorse.

6. How many videos have you edited and starred in since your start at SSS?
I have personally filmed and edited over 250 videos. 161 can be seen on YouTube where I have uploaded over 500 videos since I started. I can be seen in about 70 of the videos on our channel… Letʼs play Whereʼs Bradley… can you name them all?!

7. What is something you wish every SSS fan knew?

8. What do you like to do when not on the job?
When I am not at the office, I spend my time working on award-winning films with several of Coloradoʼs top filmmakers. Iʼve had the honor of working with Kyle Woodiel, one of Coloradoʼs most sought after cinematographers, Tom Cassetta, the best sound designer I know, Henry Cavalier, and incredible composer, and Alan Dague-Green, easily one of the best Steadicam operators in the area. Itʼs working with people like this that make filmmaking a joy.

When I am not working, my favorite thing to do is spend time with my amazing fiancé planning our wedding and preparing for an incredible life together.

9. What is your favorite science experiment?
My favorite experiment is by far the Dry Ice Smoke Ring Launcher:

Who doesnʼt want to make their own miniature version of Steve Spanglerʼs trash can smoke ring launcher? A close second is the Amazing 9 Layer Density Tower:

For several years we have done a 7 Layer Density Column, and we wanted to add two more layers and seven objects of different densities. It was fun collaborating with Brian Firooz to figure out how we could make it happen.

10. What other stories or things do you want people to know about you or the work you do at Spangler?
My first video I cut for Steve was “Spangler Tie-Dye Experience”

After watching this three years later, Iʼm still proud of the way it turned out. Would I do anything different if I was editing that same footage now? Probably not, but I would most likely cut it down to two minutes and still be able to get the point across.

Compare that video with a video I put together a year later and you can see the difference.