We’re honored to get to say, “We did it!” With a final count of 5,401 people, all armed with Windbags, the seats at Coors Field were flooded with science as we set out to set a new world record for the the Largest Physics Lesson.  What a sight… a sea of Windbags with a special fly-over by Sky9, that captured the moment on film from the helicopter.  The requirement for Guinness World Records was that the lesson last at least 30 minutes, but, we decided to take it to the next level and go for a full 51 minutes.  There were Mentos Geysers, Rockies players with Potato Guns, a lesson on Bernoulli’s Principle, and, of course, a giant kaboom for the finale. And, at the end of the lesson an official Guinness World Records adjudicator was on hand to present our team with a certificate for the new world record. Learn more about all of the science experiments featured on Science Day at Coors Field.

Wondering about the official word from Guinness?  Check this out for more info…

DENVER, COLORADO – Steve Spangler Science, in conjunction with 9News and the Colorado Rockies, were awarded a Guinness World Record May 7, 2009 for the Largest Physics Lesson.

Steve Spangler and Kathy Sabine, meteorologist from 9News (KUSA-TV in Denver), were hosts for the day’s activities. Each participant (5,401 in all) participated in a hands-on science demonstration as part of the event and took home one of Spangler’s Mentos® Geyser Test Tube experiments to surprise their friends.

“It was really great to see so many kids getting excited about science, and I’m pretty sure they learned a thing or two along the way,” said Sabine after the event where she was soaked in both diet soda and a liquid nitrogen cloud – all in the name of science.

Steve Spangler has been sharing his passion for making science fun with Colorado students and teachers in classrooms and on television for twenty years. Steve is known for getting people excited about teaching and learning with his eye-catching – and often explosive – demonstrations.

“While obtaining the world record was terrific, what’s even more important is that our partners, 9News and the Colorado Rockies, allowed us the opportunity to show thousands of kids that science is not only fun, it can be meaningful too,” said Spangler after throwing out the first pitch for the Rockies vs. Giants game following Weather and Science Day.

Here are a few of our favorite images from the event. For more pictures of the event, visit our Spangler Science Guinness World Record photo collection. 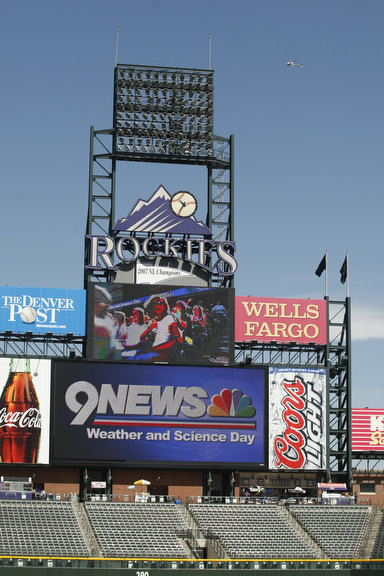 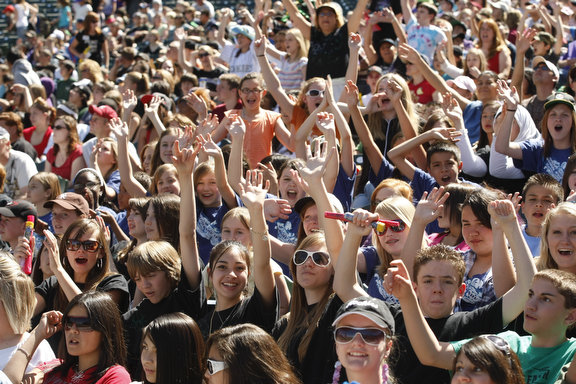 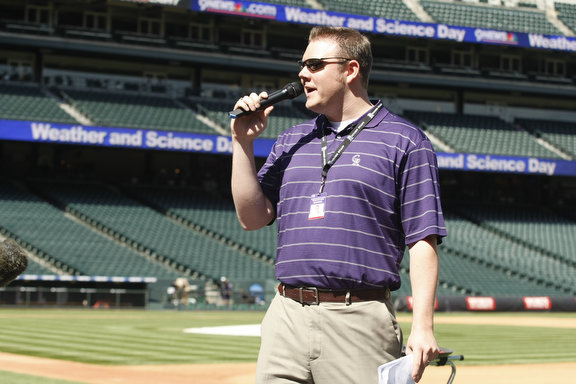 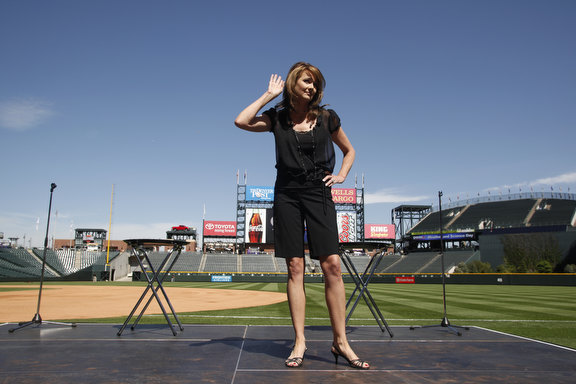 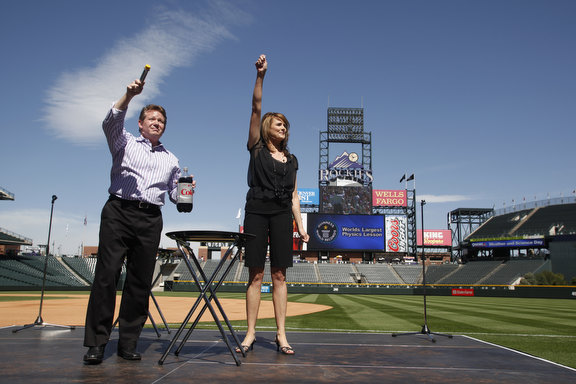 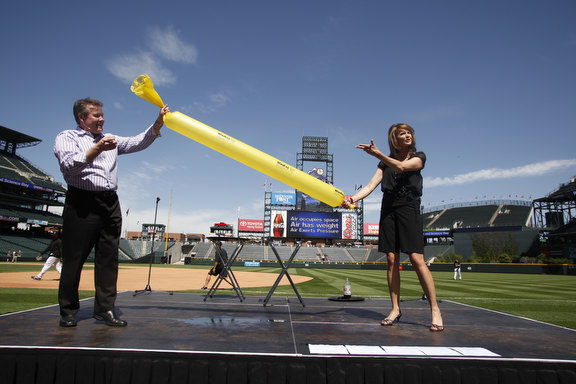 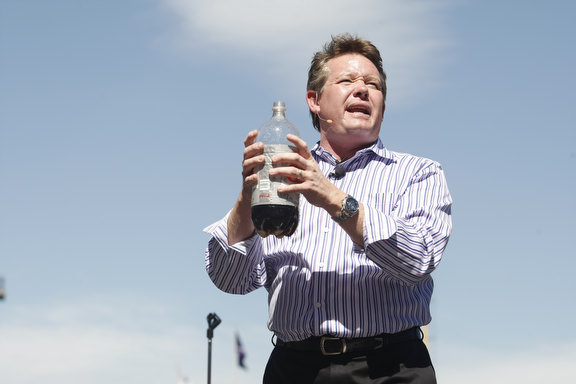 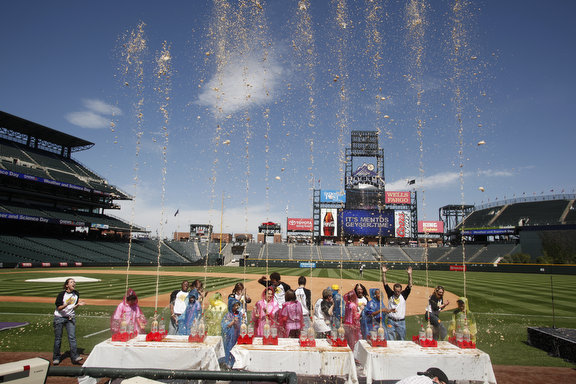 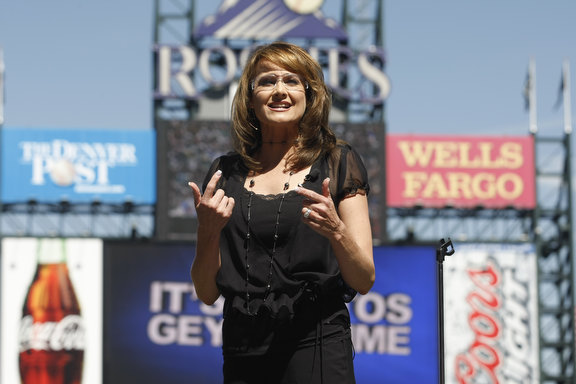 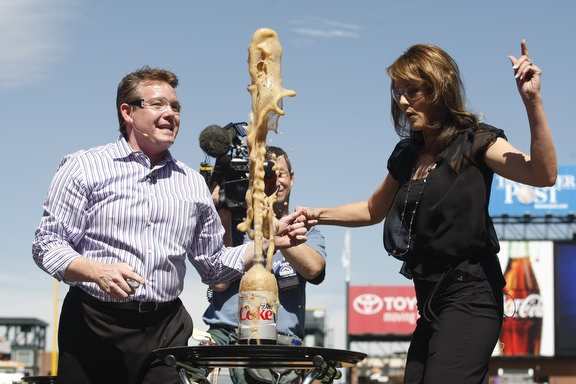 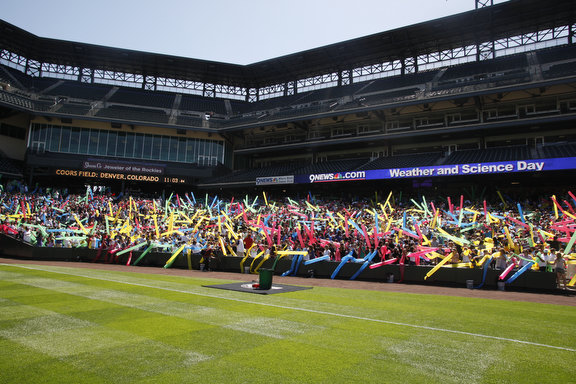 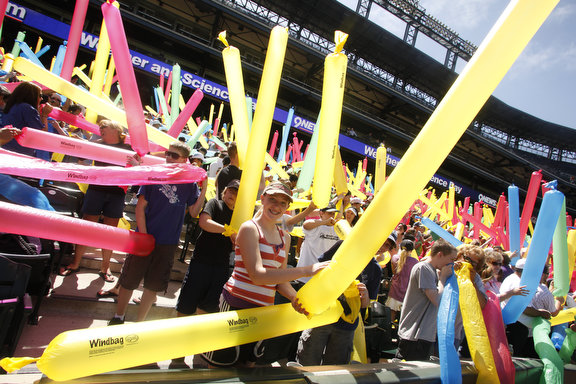 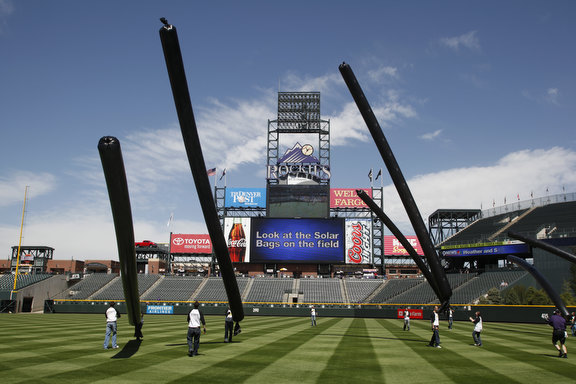 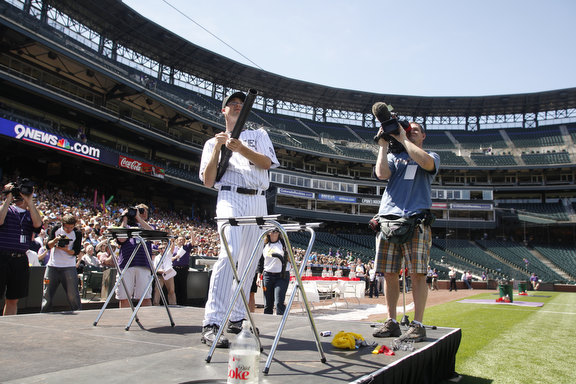 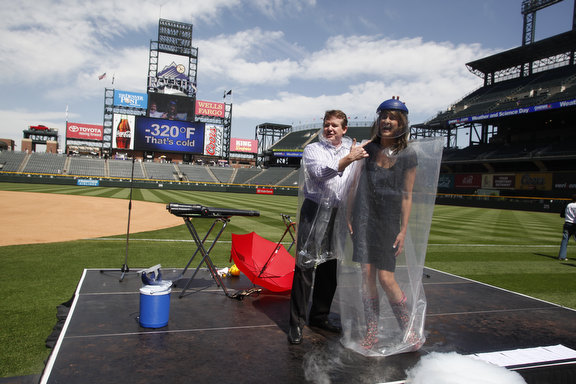 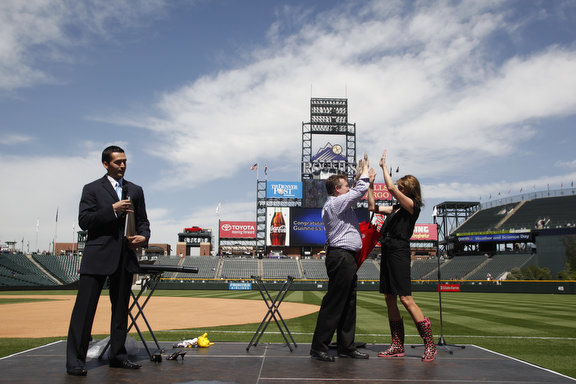 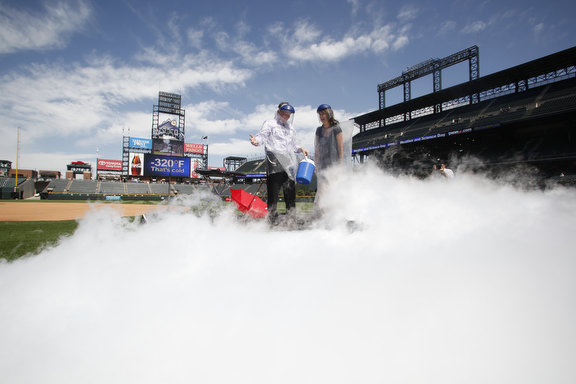 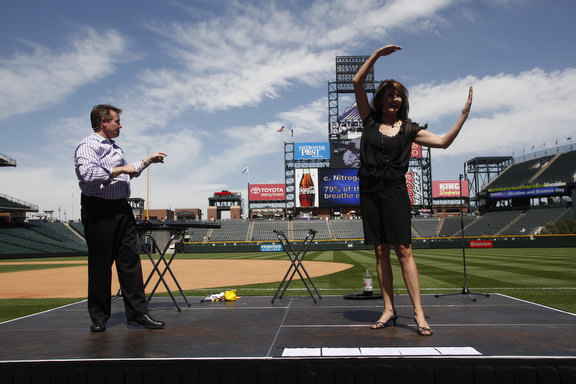 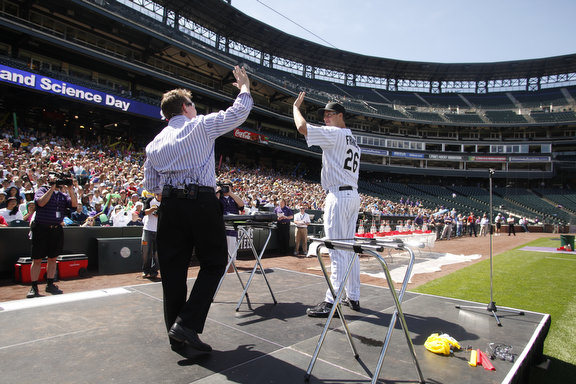 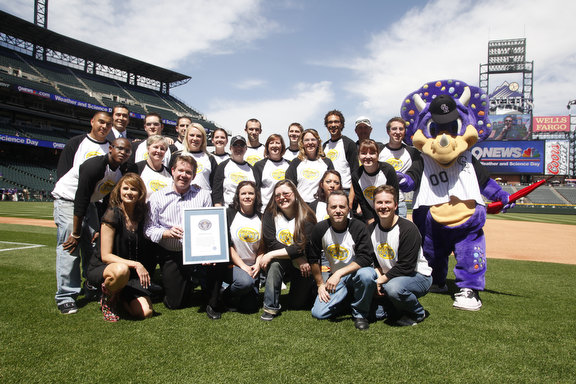 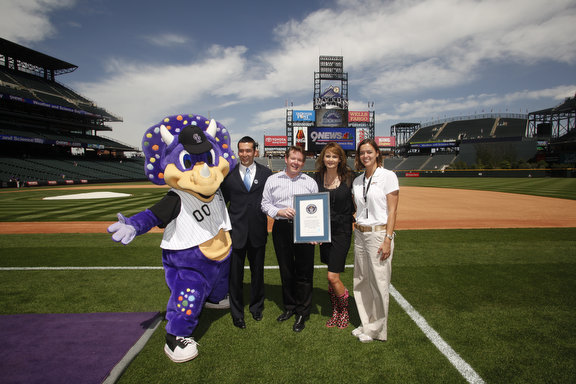 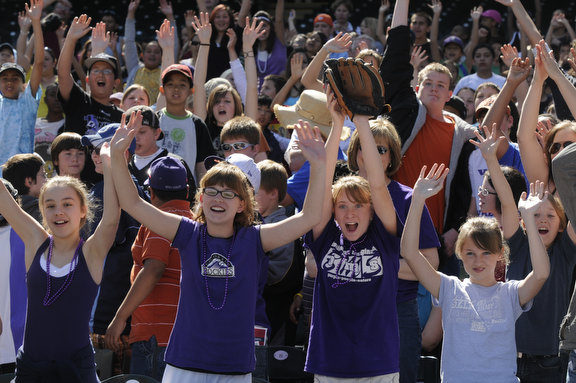 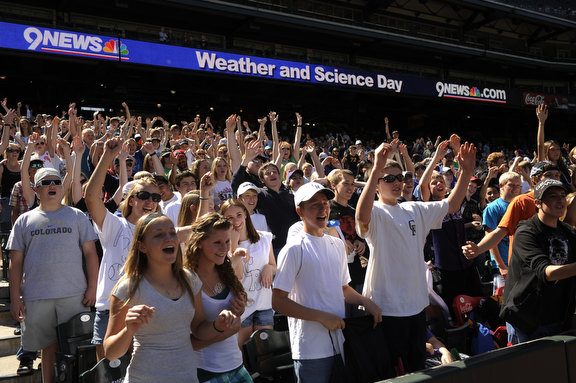 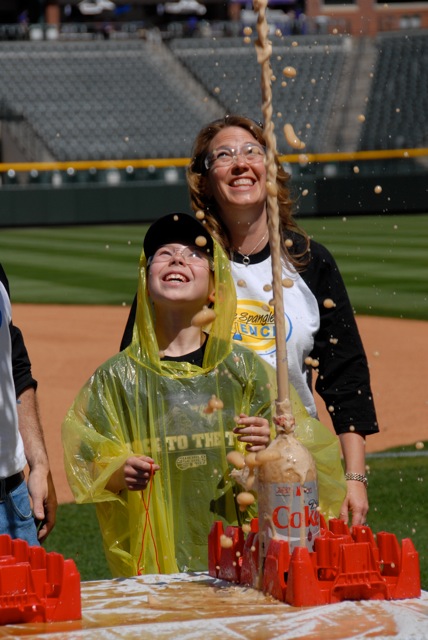 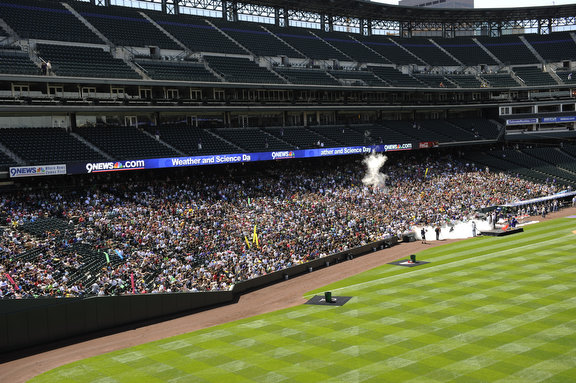 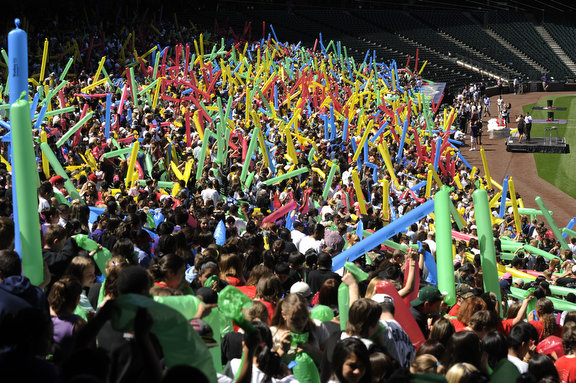 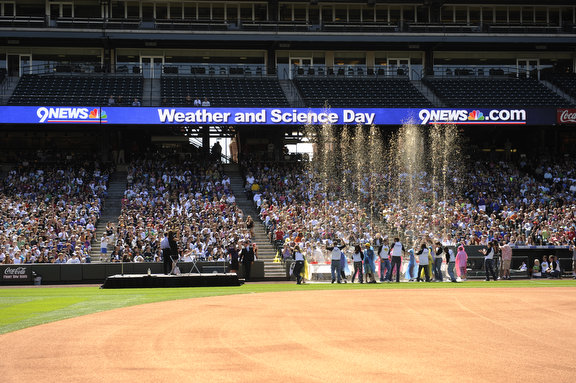 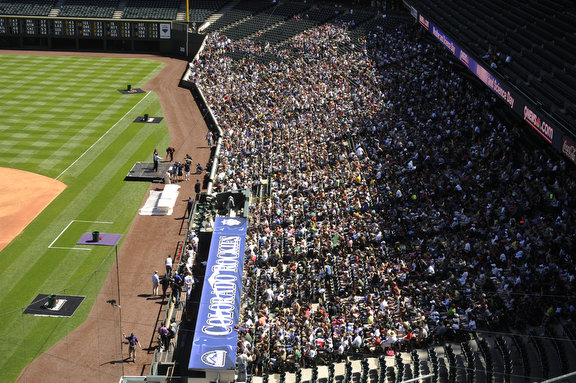 The Egg Drop Challenge Comes to Coors Field
The Methane Mamba and Fire Bubbles
News Anchor Gets Soaked! Mentos Experiment Sets a New Record
Fall Hands-on Science Secrets Boot Camp Tour Off to a Great Start
Young Magicians Take Center Stage
Bullying Is Not a Game
This Week on Ellen… Steve Spangler (and his flying potatoes)
Bubble Bubble on the Wall, Who's the Squarest of Them All?
12 replies

Multi-Channel Merchant Awards SteveSpanglerScience.com Website of the Year –... Jeff Francis and Steve Spangler Hit a Home Run at Coors Field… With a...
Scroll to top
Create a new list