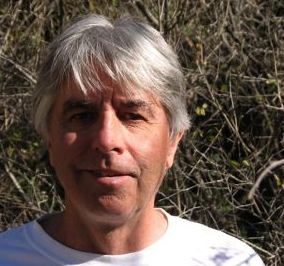 We’re excited to introduce you to our naturalist, John Scheerens, who will participate in every aspect of the Science at Sea experience and provide us with his amazing insights and knowledge of the region. John is considered the teacher of teachers in Alaska serving as the training consultant for most of the major tour companies throughout Alaska. John has been featured on ABC’s 20/20 and his educational tours have received the highest praise among his peers. We cannot think of the better tour leader for our Science at Sea experience.

In his own words…

I grew up in the deserts of Tucson, Arizona.  Following military service from 1967-1969 I attended the University of Arizona.  I began working in Glacier National Park summers while in college and eventually moved to Montana where I resided for seven years and finished my formal education at the University of Montana with a major in English Literature.

In 1980, I accepted a position with the concessioner at Glacier Bay National Park in Southeast Alaska.  Alaska captured my heart, and I have been a resident of Gustavus, Alaska (small community within Glacier Bay NP) ever since.  There I raised a daughter; hand built my own home, and embraced the Alaska rural lifestyle.  I have been an outdoors person all my life and have come to love and cherish all things Alaskan – fishing, hiking, kayaking, boating, gardening and wildlife watching. I’ve been involved in tourism in one form or another for my entire adult life and for the past twenty-nine years in Alaska.  During that time, I have spent a great deal of time learning about Alaska, its natural and cultural history, both in formal and informal educational settings.

I served as general manager of the Kenai Princess Lodge in Cooper Landing, Alaska in 1990 and1991.  The Kenai Princess is a premier wilderness resort operated by Princess Tours and includes lodging, restaurant, lounge, tour desk, transportation services, gift shops, and convention facilities.

In 2003, I formed Alaska-In-Depth, a small tour consulting business which I currently still own and operate.  Alaska-In-Depth organizes and operates educationally based tours exclusively in Alaska for various clients, principally Elderhostel, Osher Life Long Learning, and the University of Alaska Fairbanks.  Additionally, Alaska-In-Depth provides educational workshops specializing in the training of naturalists and customer service for tourism employees and management.

Are You In Need of Any Special Services From Carnival?
So… You're Going to Alaska
Sweet Slumber!
What Will the Temperatures Be On the Cruise?
Coolest Field Trip Ever – Winners Announced
Your Recommended Packing List
Do I Have to Dress Up? Information About the Dining Dress Code
Ziploc Bags and Airport Security
1 reply

Did You Book Your Cabin? Only Ten Days Left! CPSIA Could Wage Severe Effects on Consumers, Retailers and the Economy
Scroll to top
Create a new list