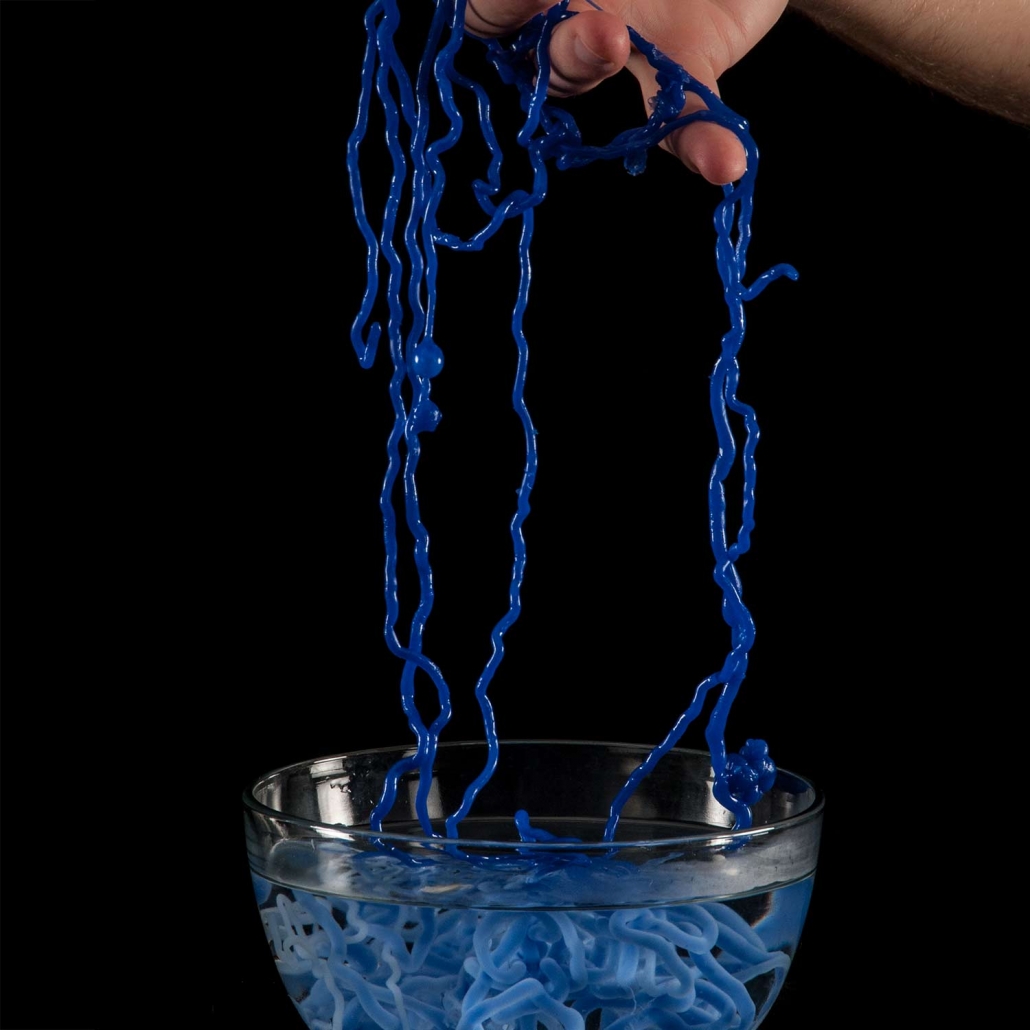 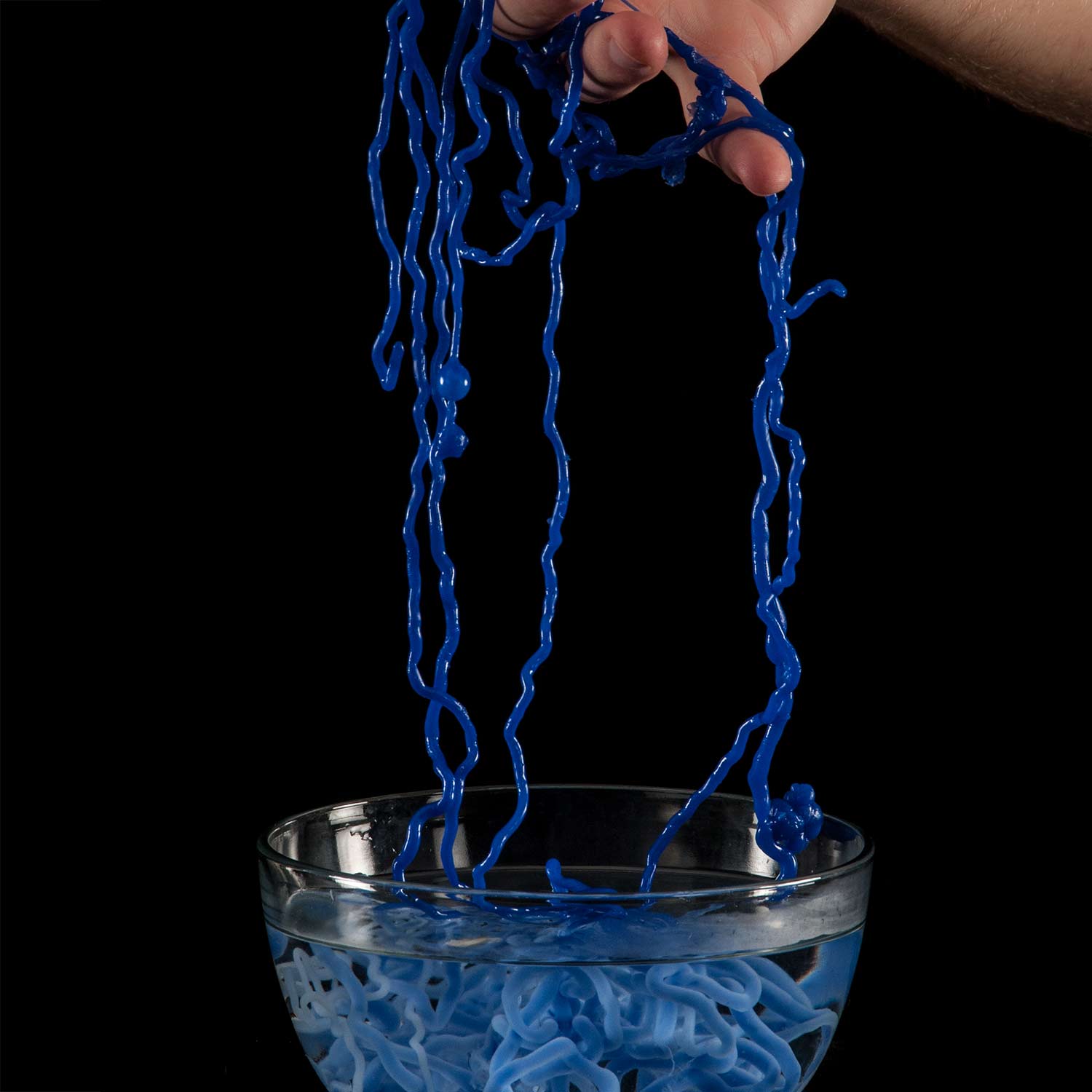 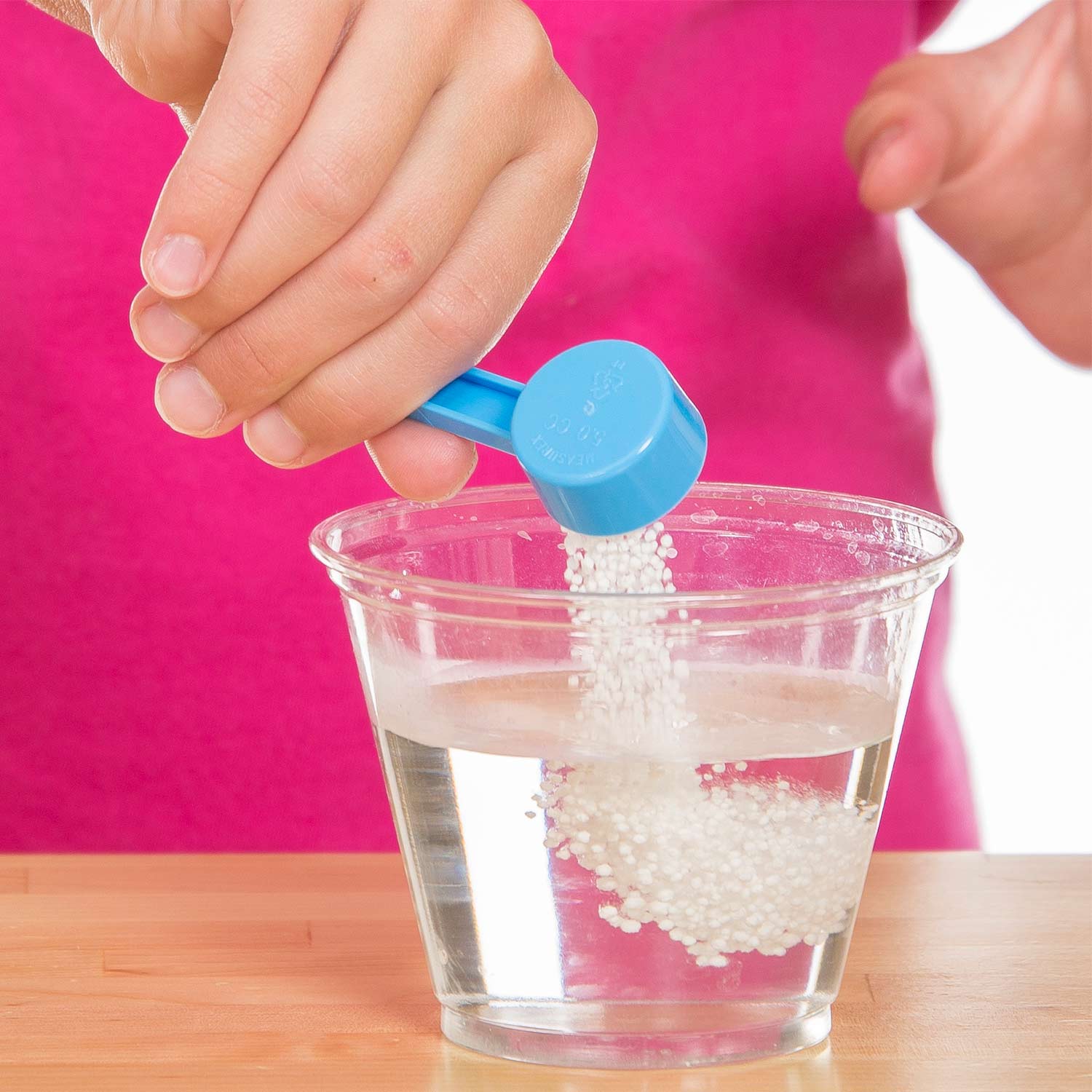 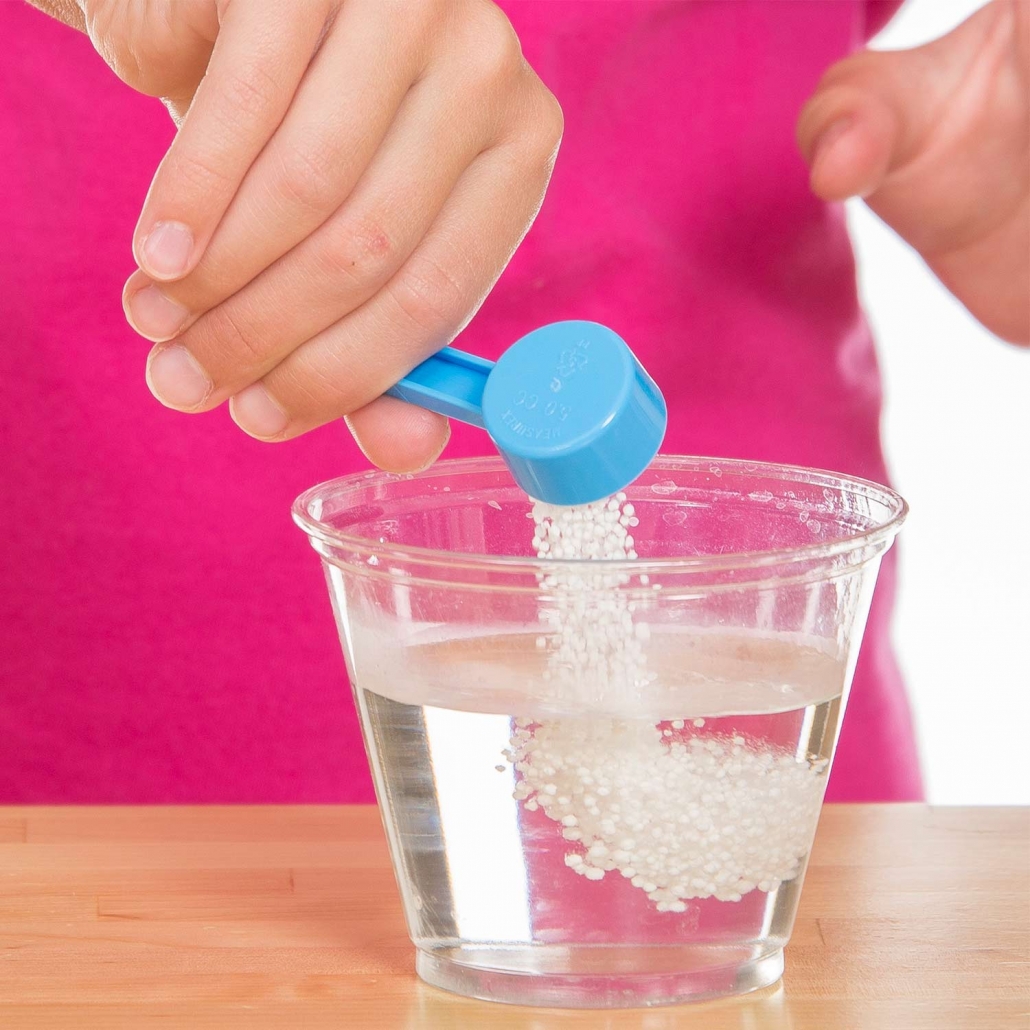 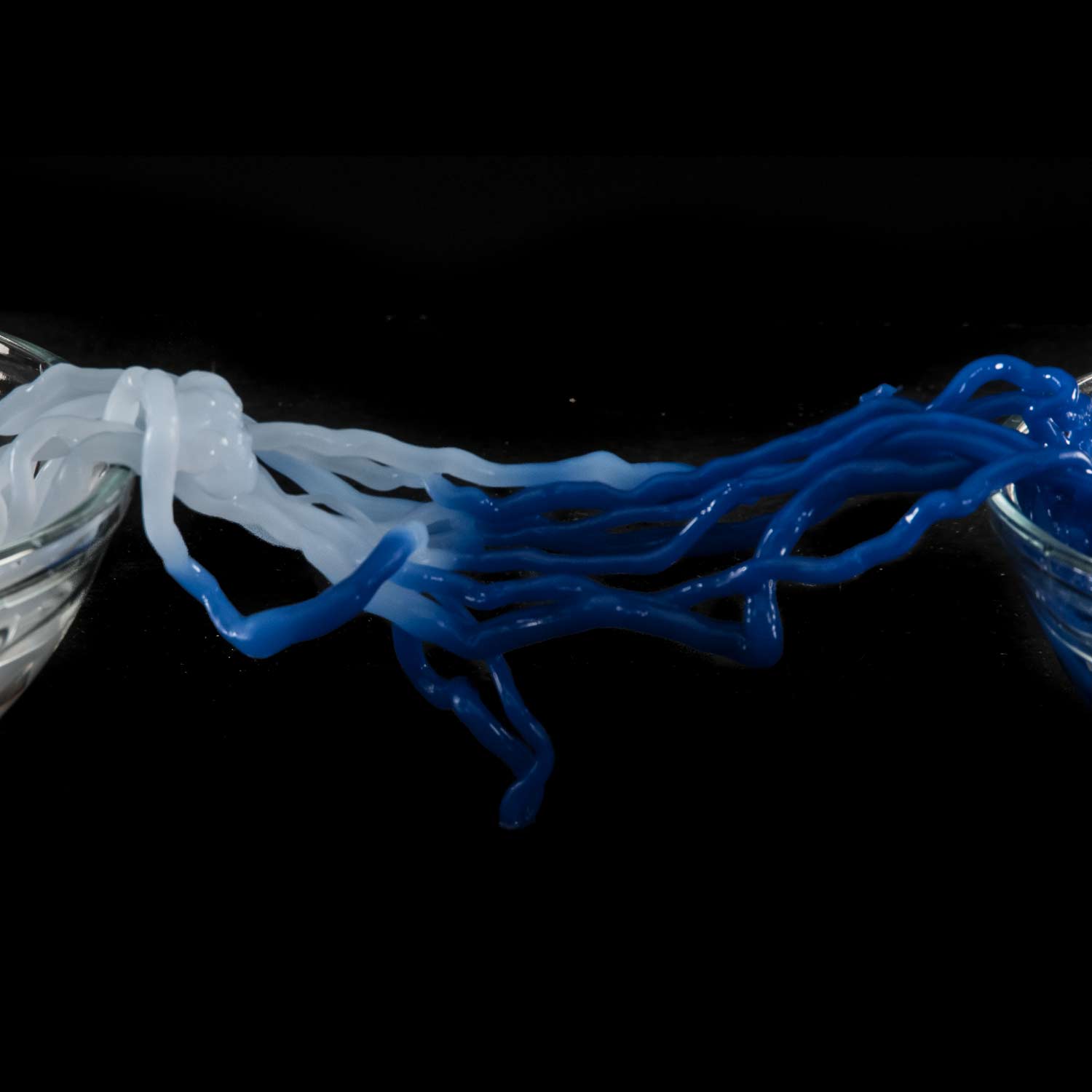 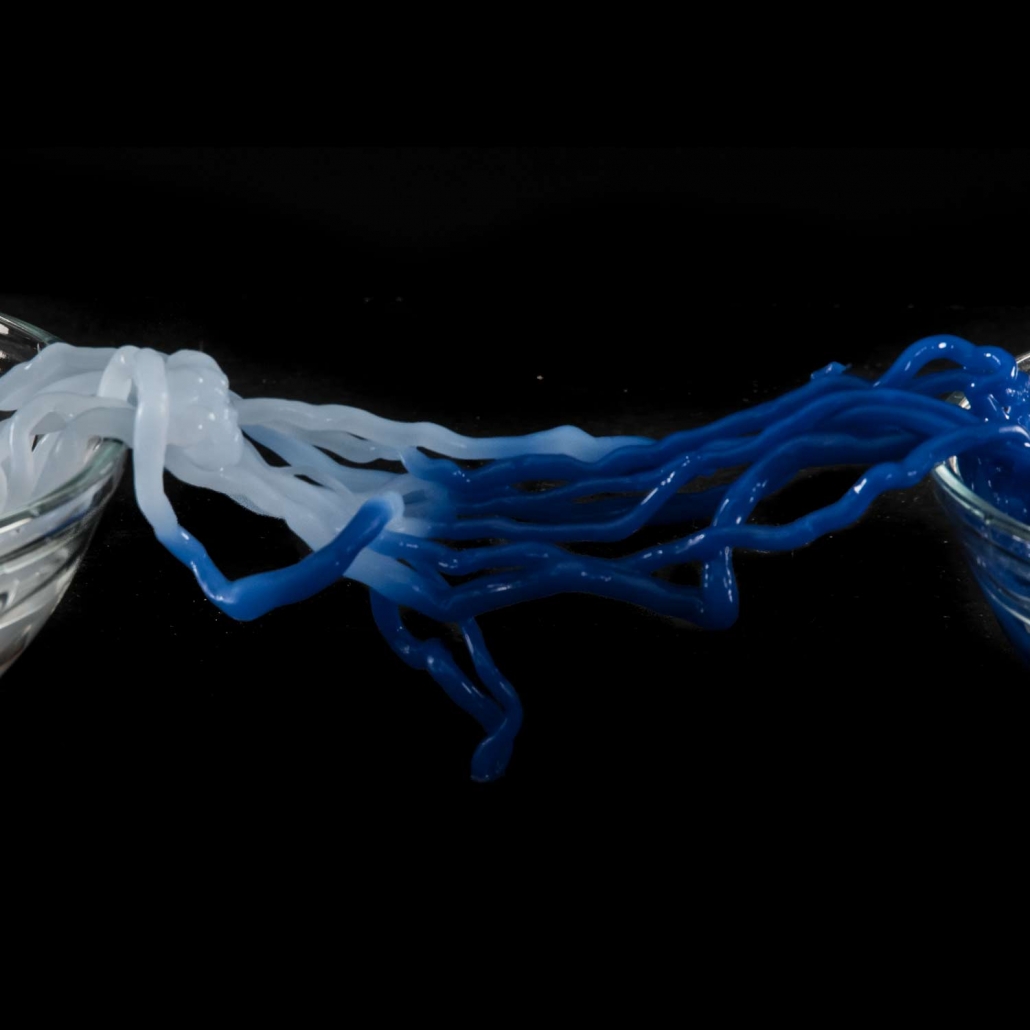 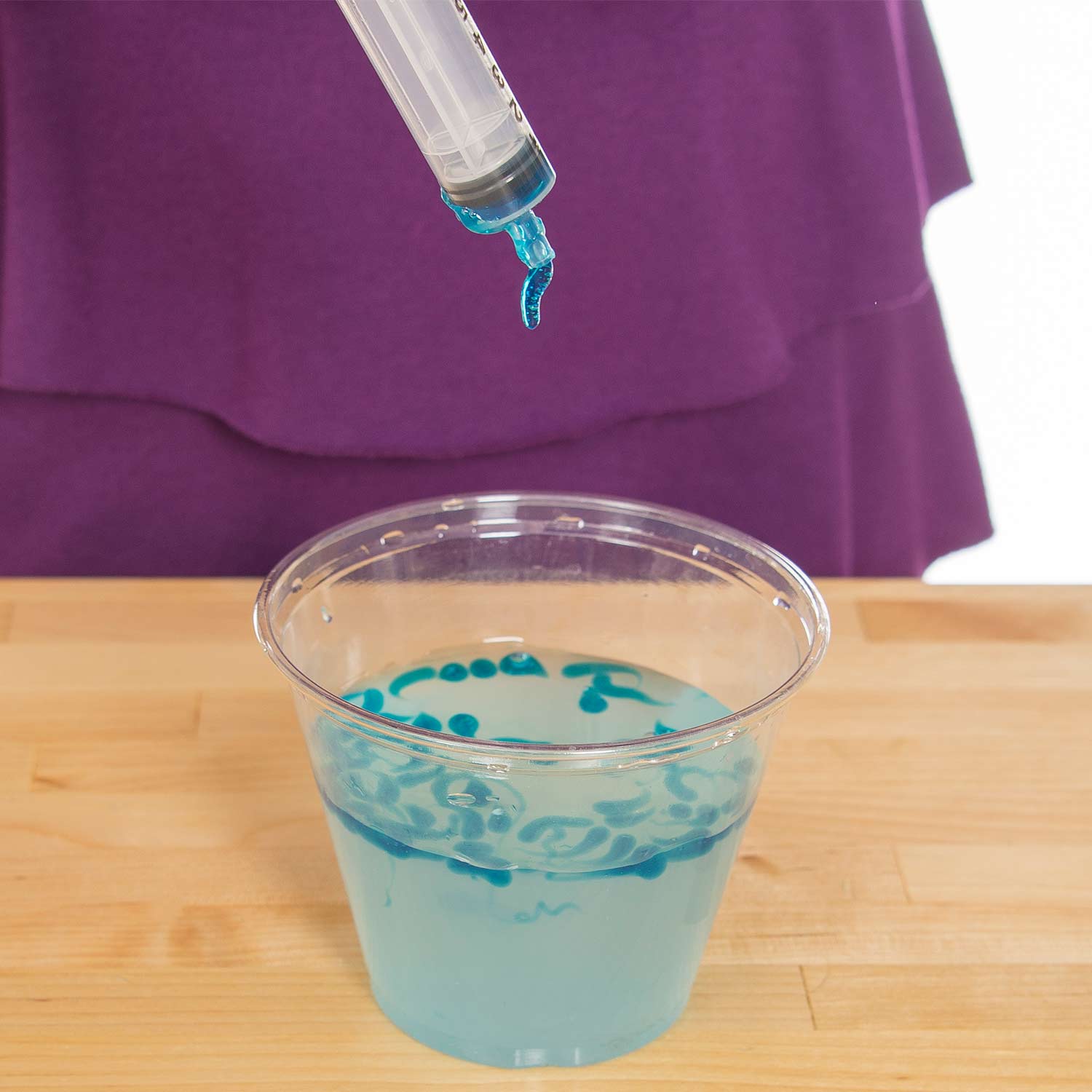 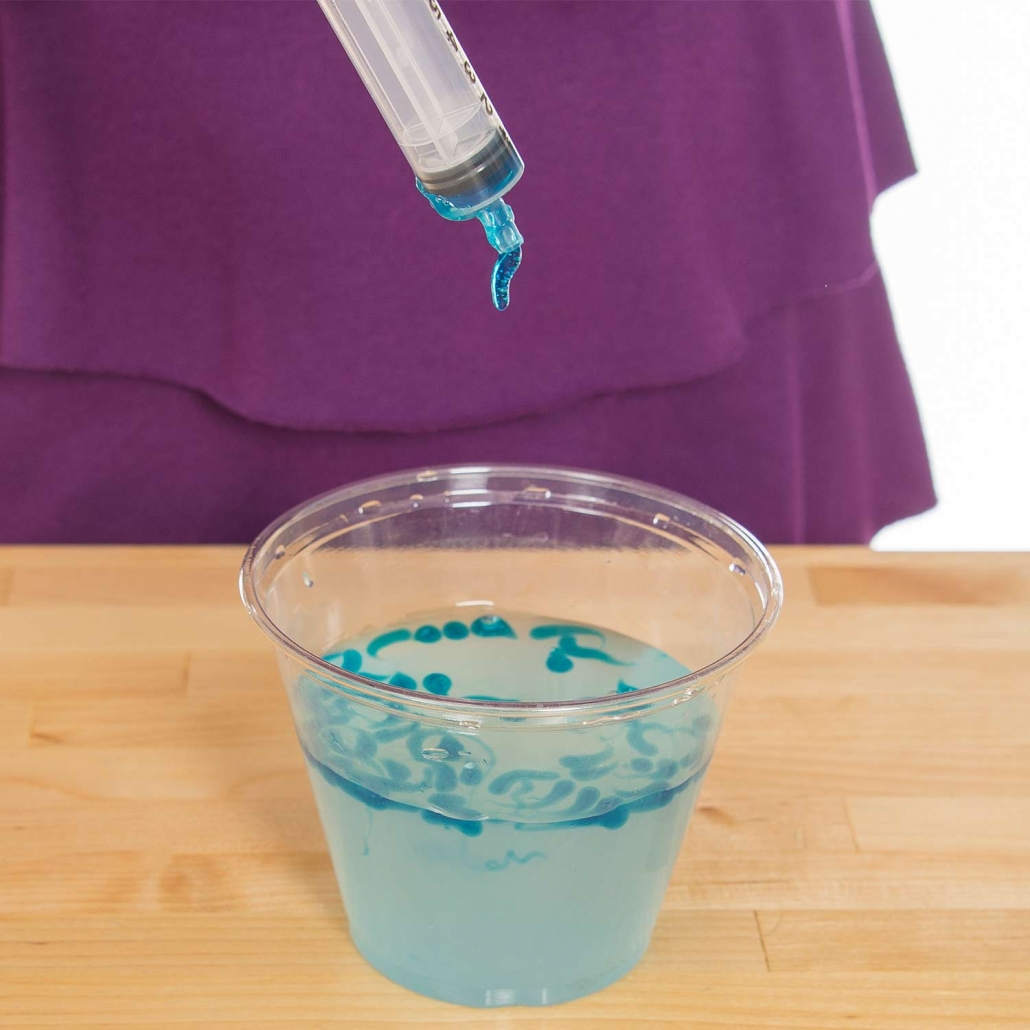 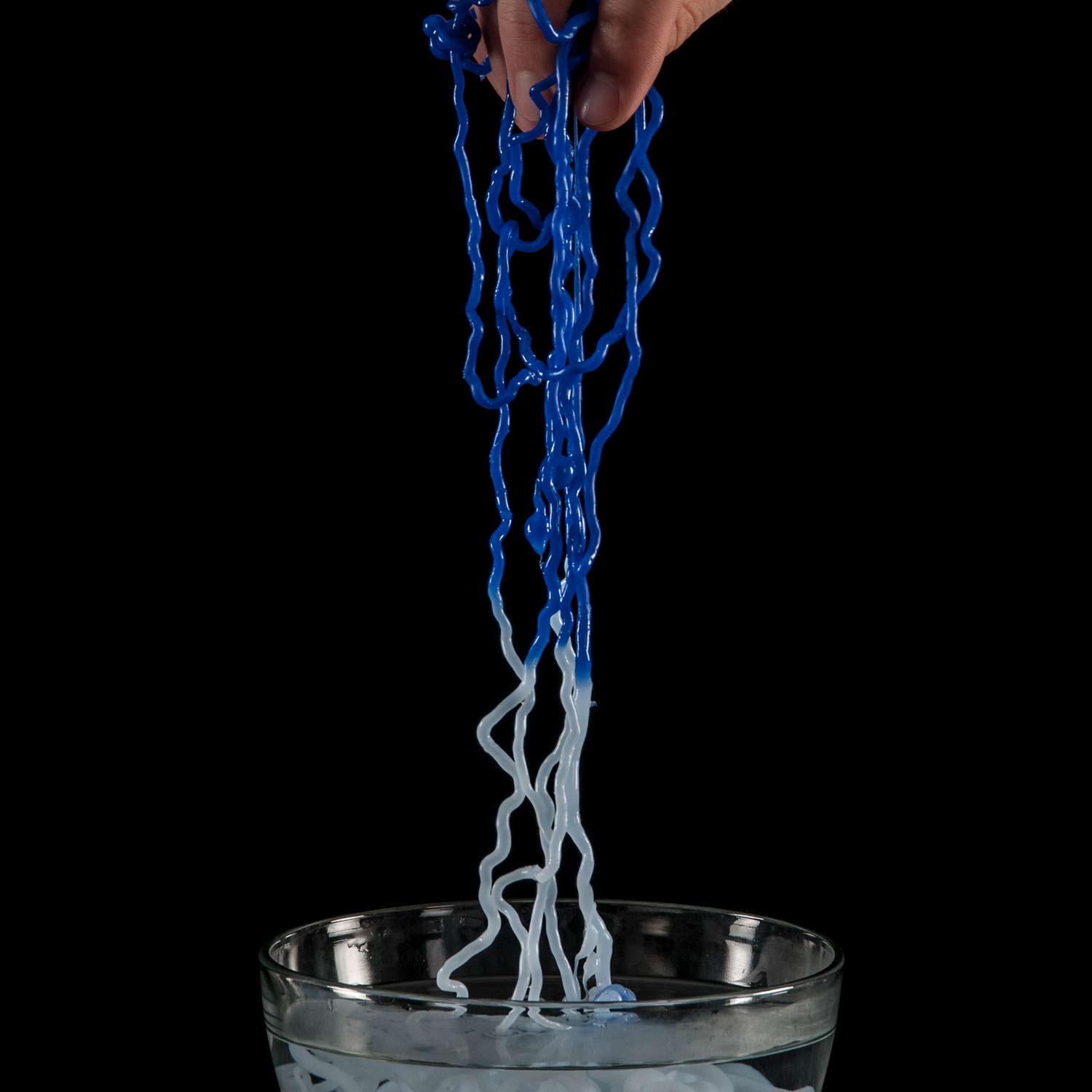 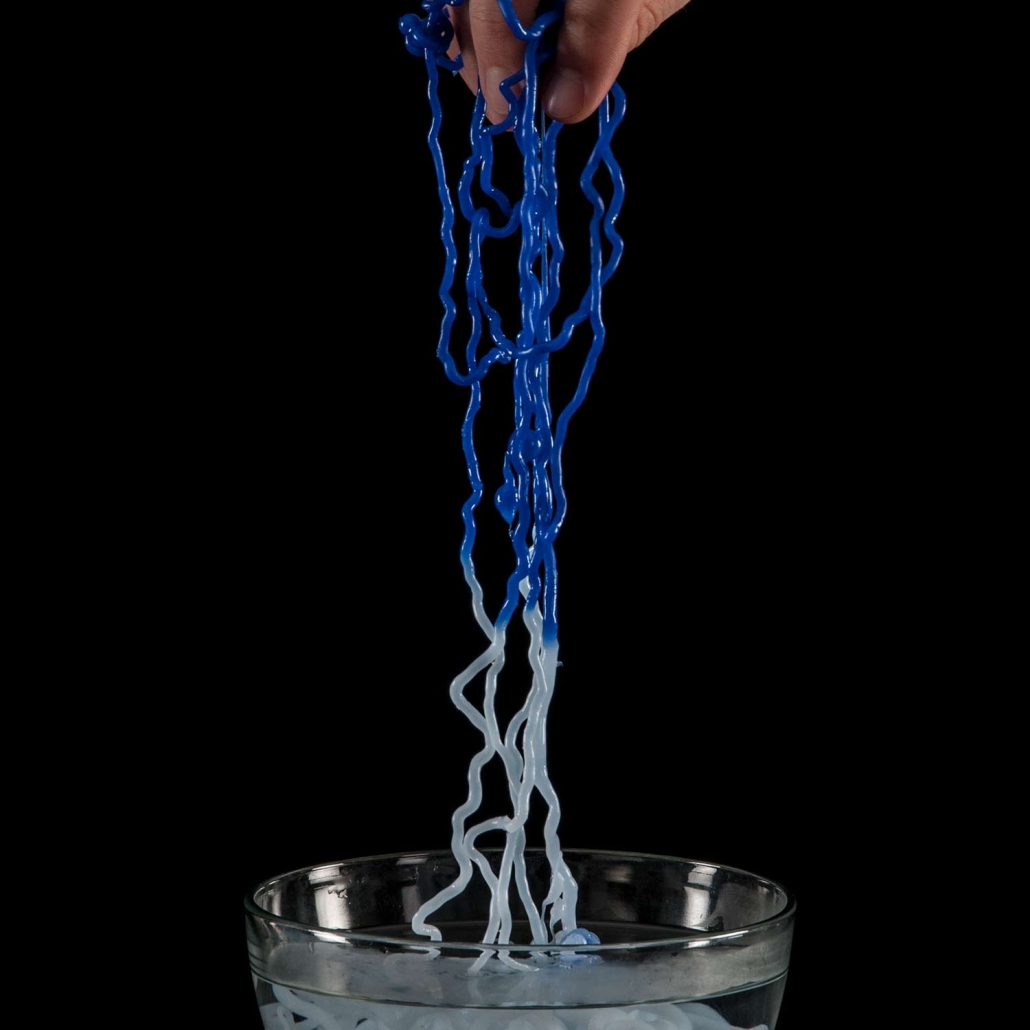 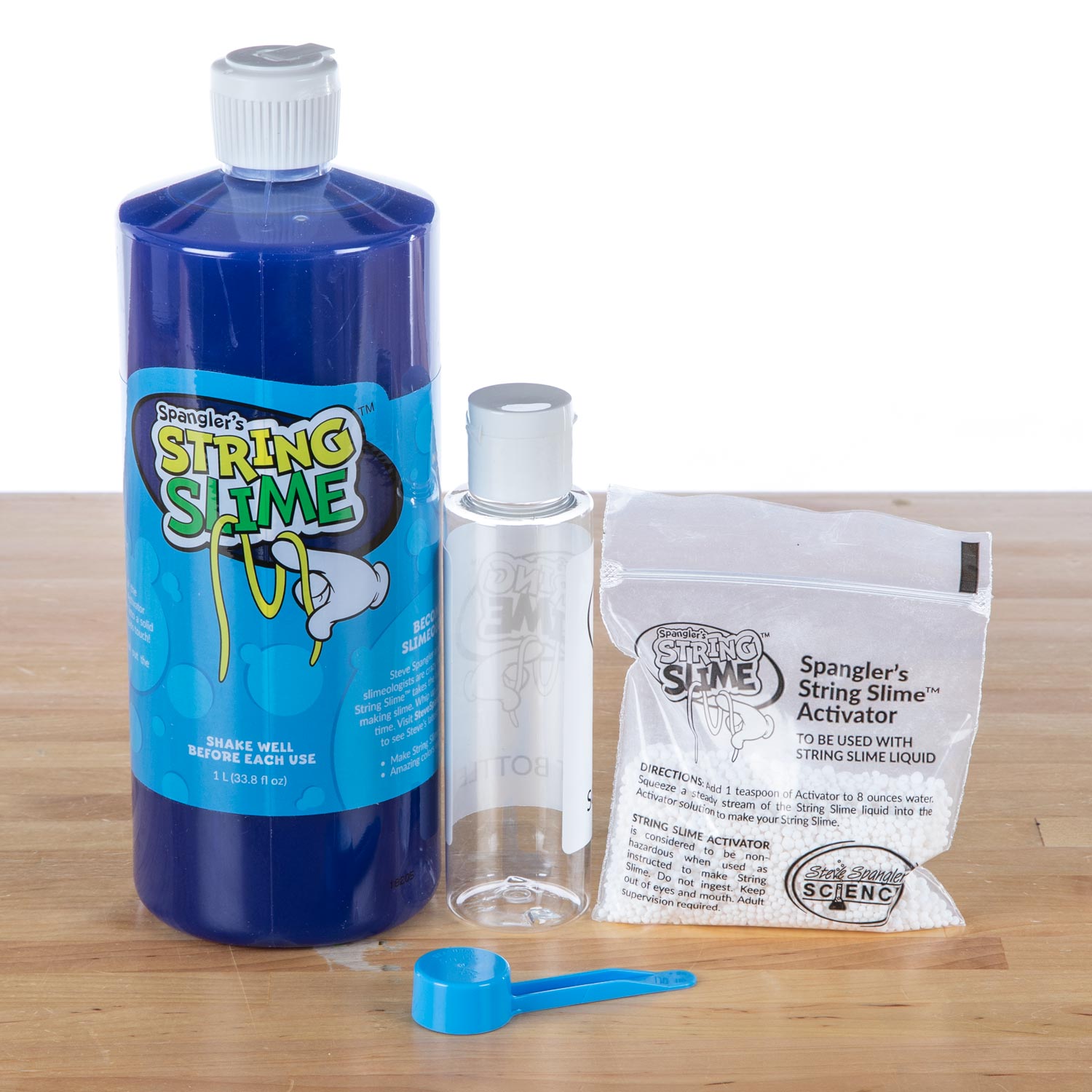 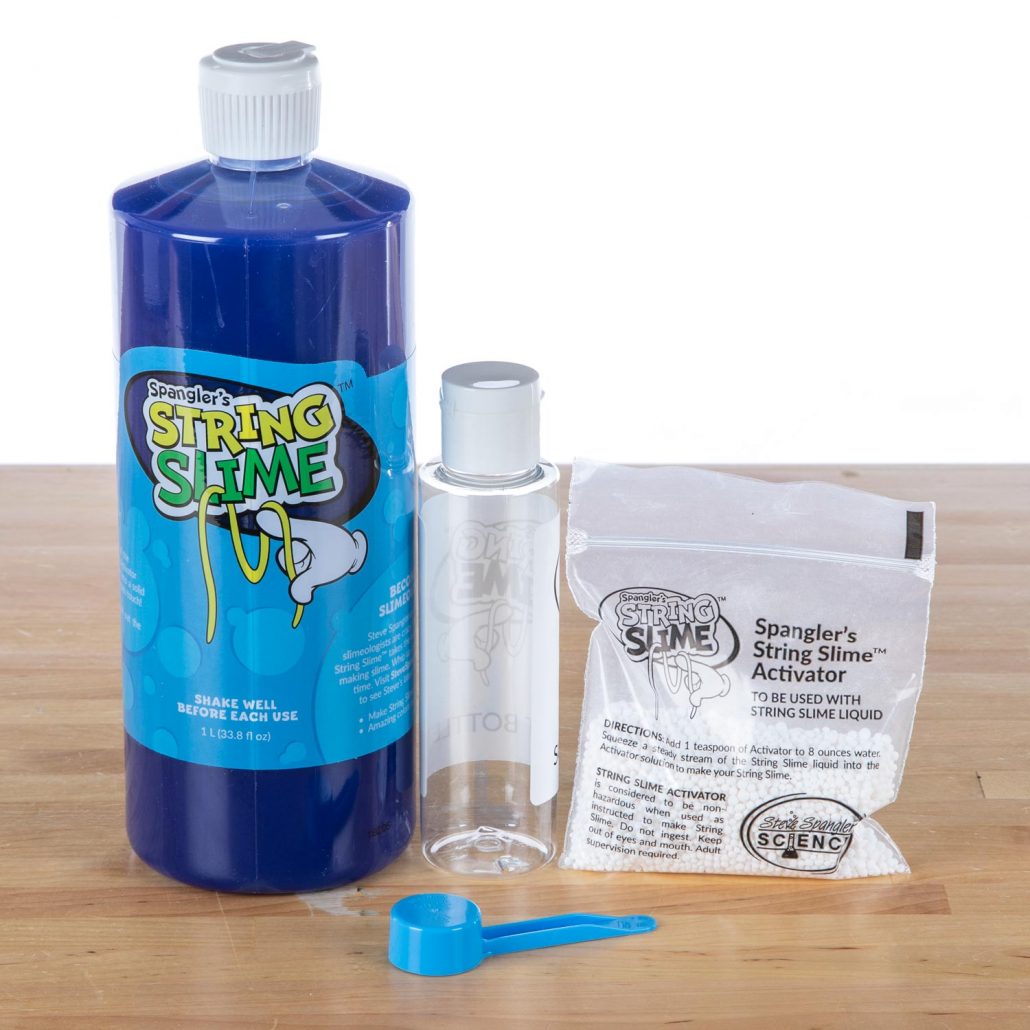 Rated 5.00 out of 5 based on 3 customer ratings
(4 customer reviews)
Read Full Description 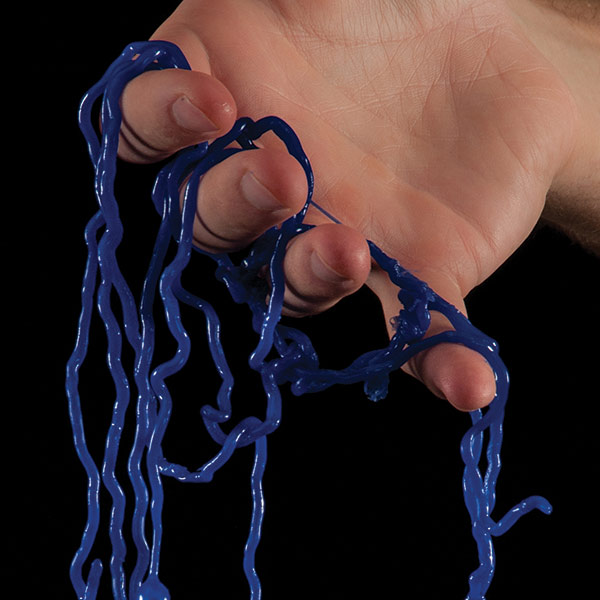 Our Slime-ologists Have Made an Exciting New Kind of String Slime that Is Heat-Sensitive!

When the Spangler Labs team came up with String Slime, it was an instant hit. Now, you won’t believe your eyes as temperature changes the appearance of this special new kind of String Slime!

Just squirt the blue or magenta liquid into the bowl of Activator, and watch wiggly strings of slime appear right before your eyes! The special formulation holds a secret. When the string warms up to a certain temperature, it loses its color. The pigment in the slime is heat-sensitive. To bring back its original color, just put the string slime in cold water.

When you make String Slime, you’re learning about the science of polymers. The creative folks at Steve Spangler Science coined the term “String Slime” but the real name of this liquid is sodium alginate. Sodium alginate is a long chain of identical molecules called a polymer.

All you need to do is identify and change a variable, or factor that can be altered, to create a memorable science fair project. For example: Find the quickest way to cool or heat the string slime to its color-changing temperature.

When It Comes to Cool Science Demonstrations, the Heat-Sensitive Strings are Pretty Awesome

Experience String Slime in a variety of new colorings, better reaction time, and slimier insides. In this batch of String Slime, you’ll get an exciting new color-changing variation that changes right before your eyes. 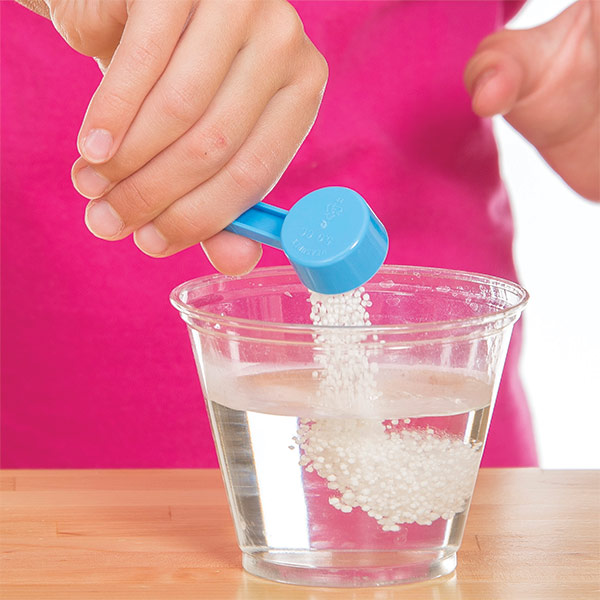 String Slime Works Through the Magic of Polymers

Young scientists will explore the science of building polymers by cross-linking long chains of molecules while also learning about thermochromic materials and dyes.

Children can experience the amazing behavior of polymer chains with the Blue Color-Changing Heat Sensitive String Slime™ kit from Steve Spangler Science. Polymer chains are simply molecular chains formed by the bonding of repeated units of carbon compounds, and they can get so long that only one molecule of polymer is quite visible without a microscope. When the activator in this kit is poured into water and the blue liquid is added, polymer chains that look like wiggly worms appear as the carbon units bond, and children can see the actual formation of the chain. They’ll also learn about thermochromic substances like the blue dye in the liquid since they can see the wiggly worms change color when they become warmer. They can also do color changing experiments with different temperatures to see different shades, too.

You get enough materials to make about 160 feet (49 meters) of Heat Sensitive String Slime!

String Slime works through the magic of polymers. Although String Slime starts as a liquid, through polymerization (the formation of polymers) the liquid becomes a solid and looks just like a long string. Heat Sensitive String Slime also features a thermochromic dye that reacts, quite colorfully, to changes in temperature.

0 reviews with a 2-star rating

There are no reviews with a 2-star rating yet