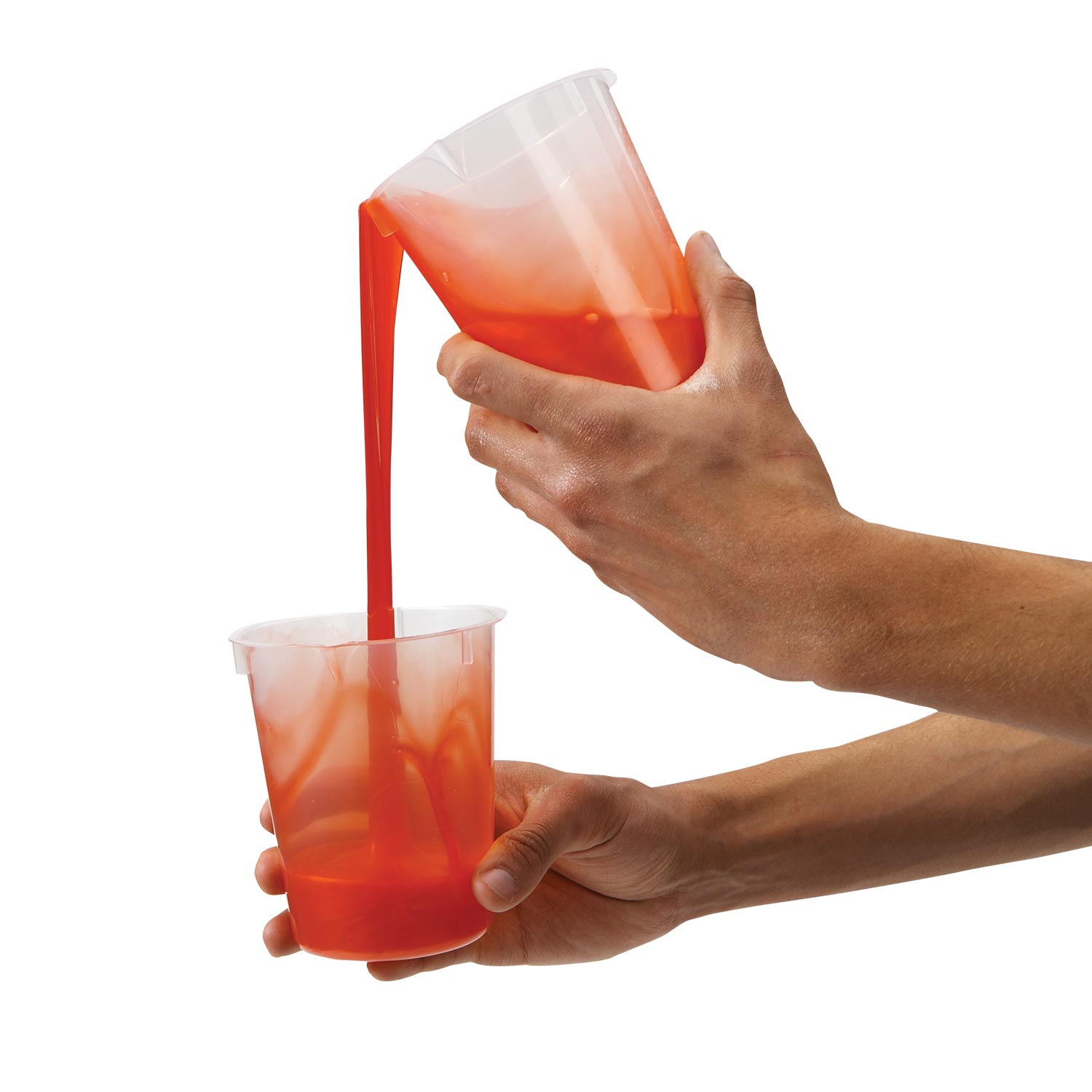 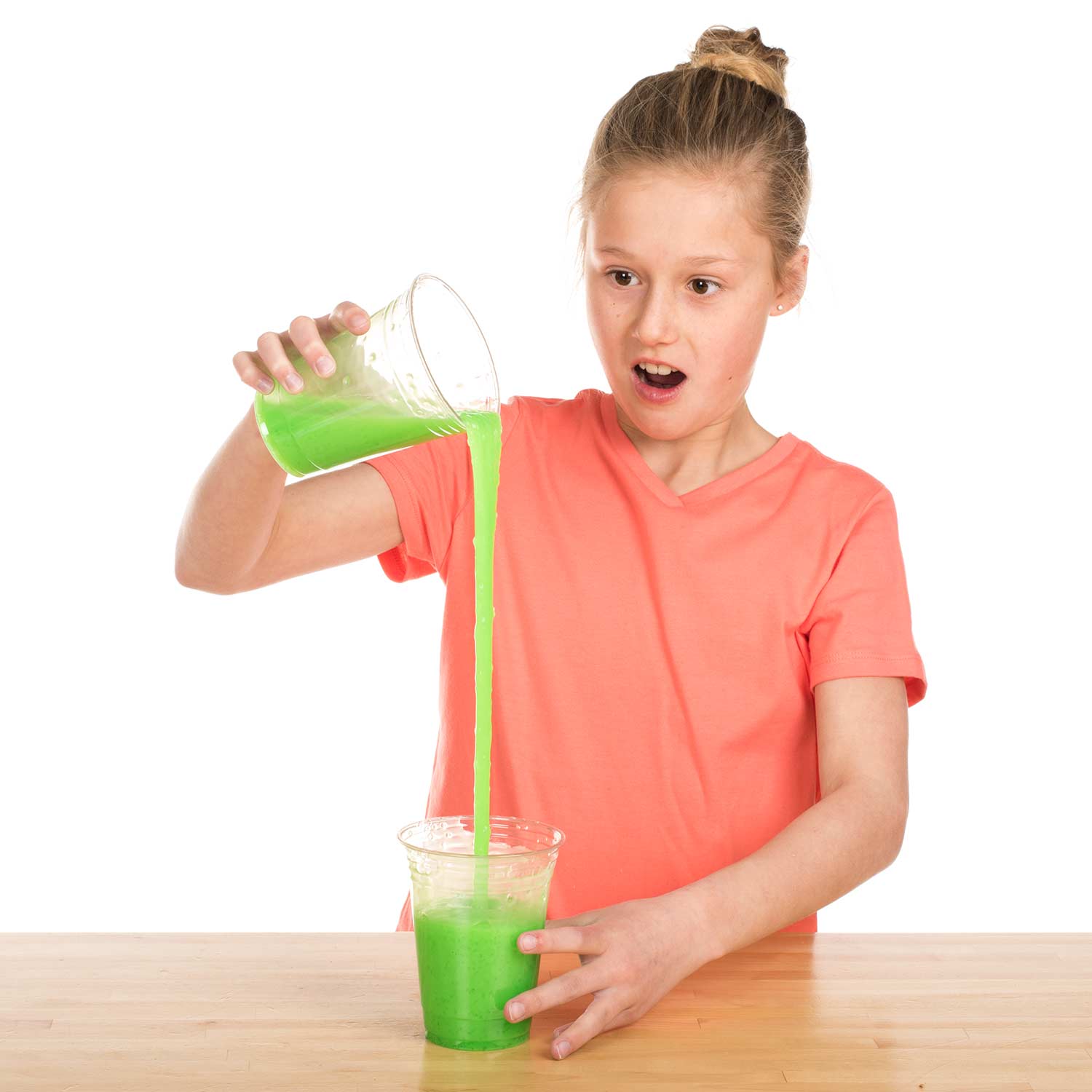 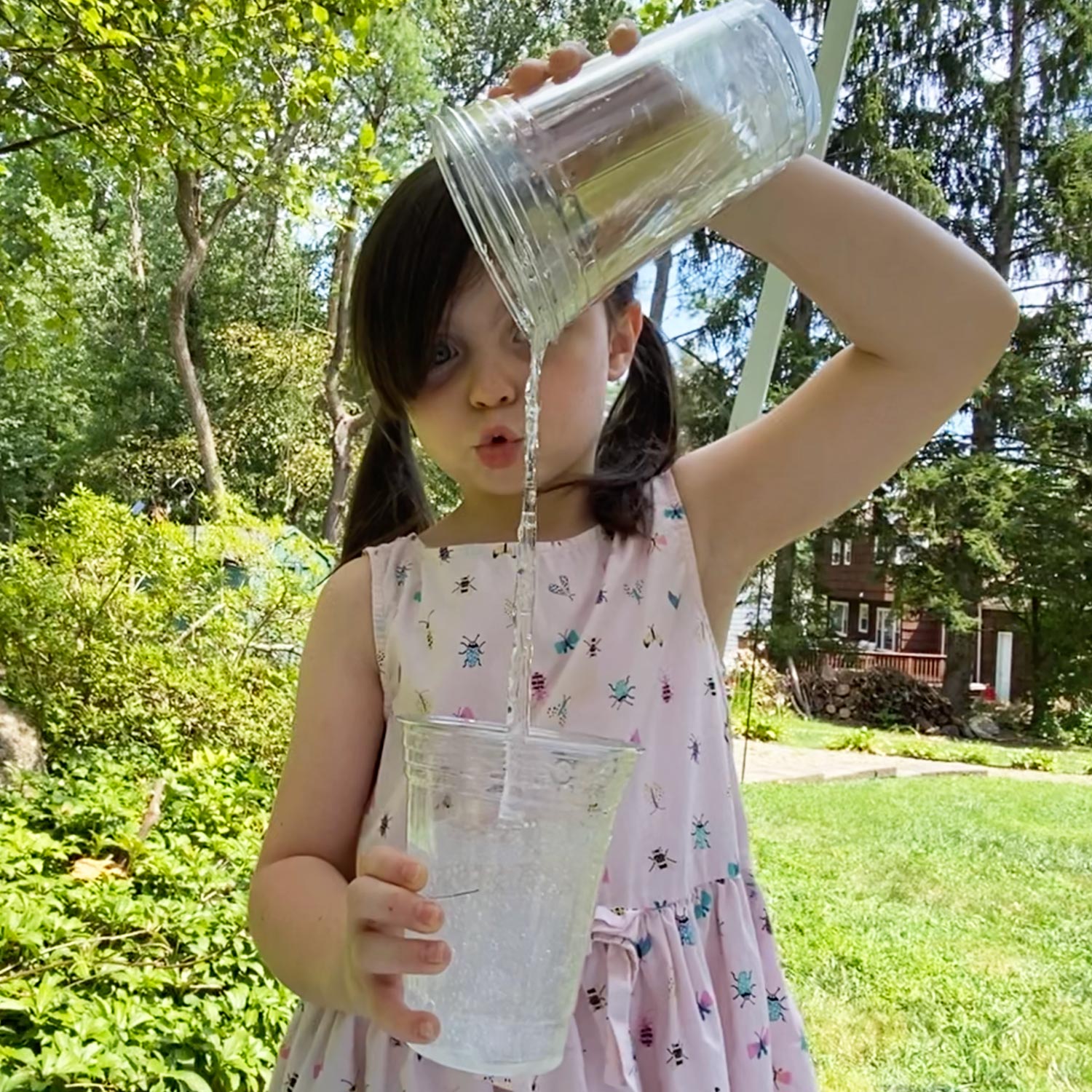 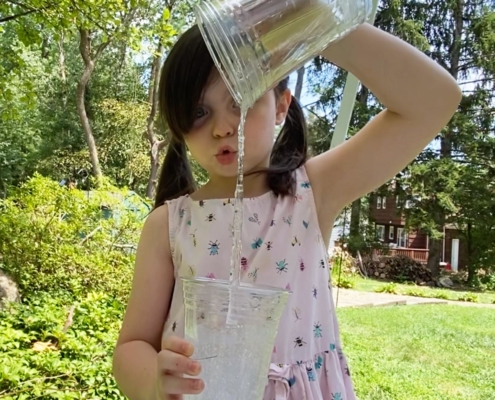 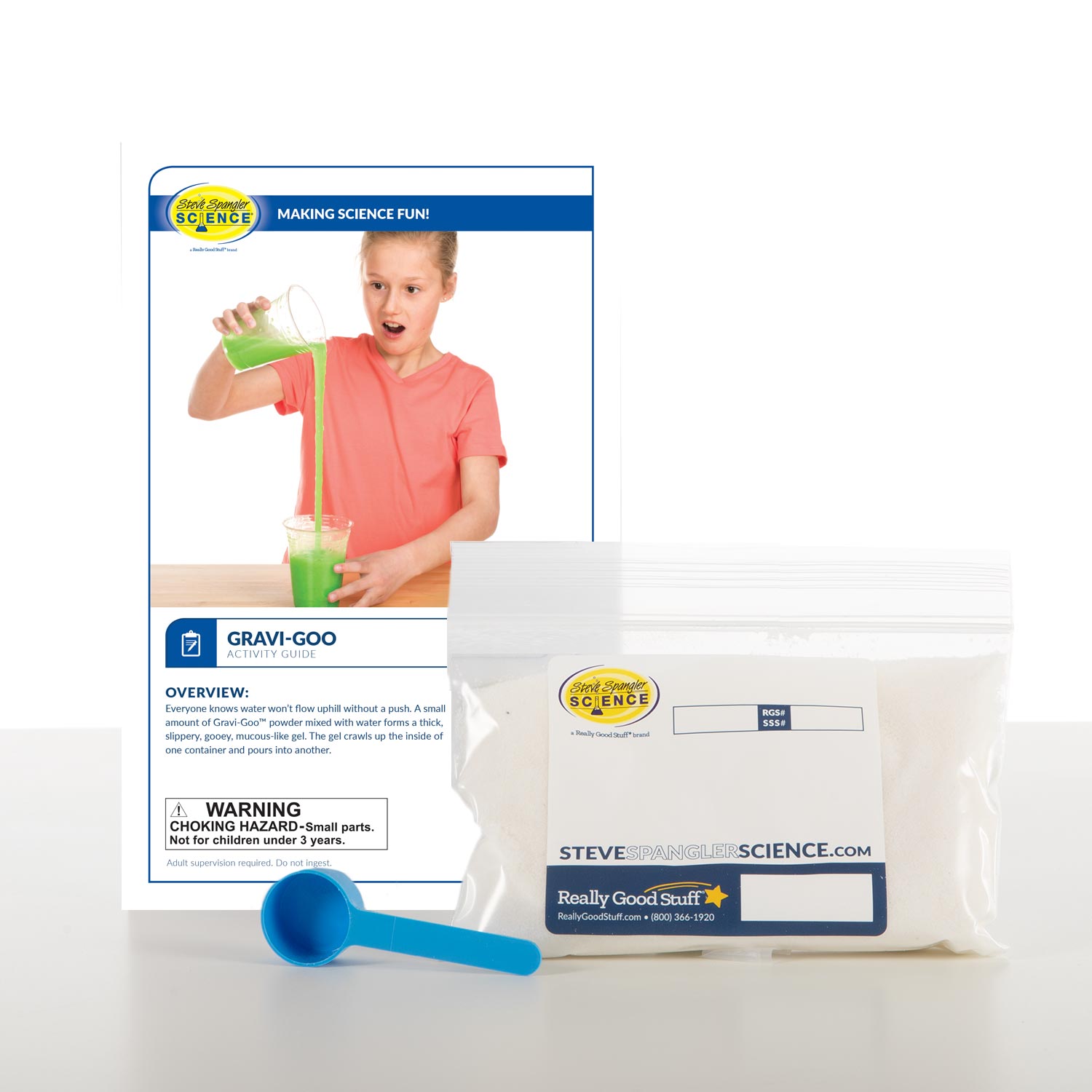 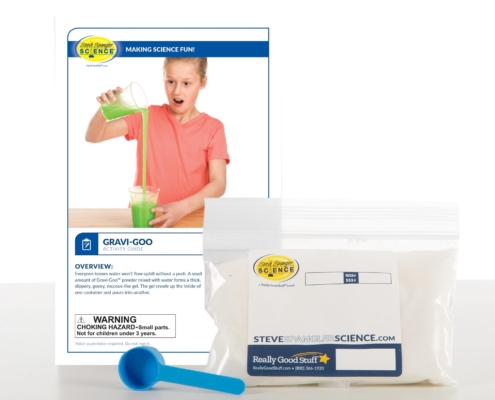 Rated 1.00 out of 5 based on 1 customer rating
(2 customer reviews)
Read Full Description 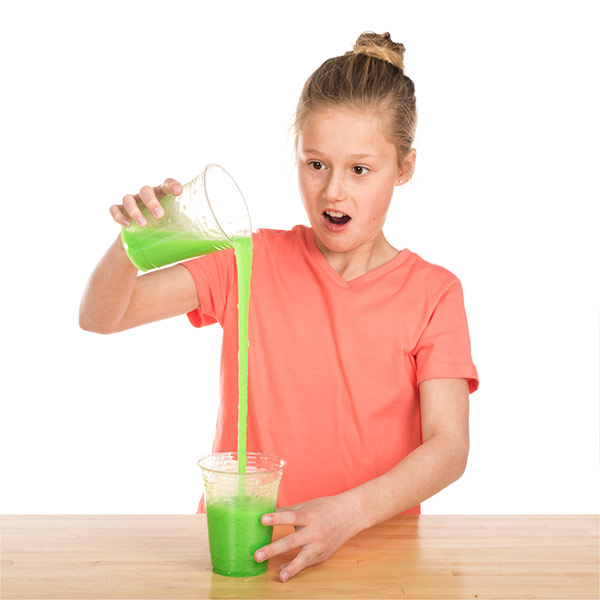 Learn About Newton’s Laws of Motion

Everyone knows water won’t flow uphill without a push. A small amount of Gravi-Goo powder mixed with water forms a thick, slippery, gooey, mucous-like gel that crawls along the inside of one container and pours itself into another.

Specially formulated by Spangler Science, Gravi-Goo is a unique type of polymer. When added to water, it acts like a sponge, grabbing water molecules, and then links them to the polymer molecules in long chains simultaneously. Gravi-Goo is a combination of polyacrylamide and acrylic copolymers.

What can students learn from Gravi-Goo?

Gravi-Goo is a great introduction to molecular weights and structures. Children will marvel at this fascinating goo and learn a lesson about polymers at the same time. Watch out, though — even adults have been known to become addicted to the uphill flow of Gravi-Goo. 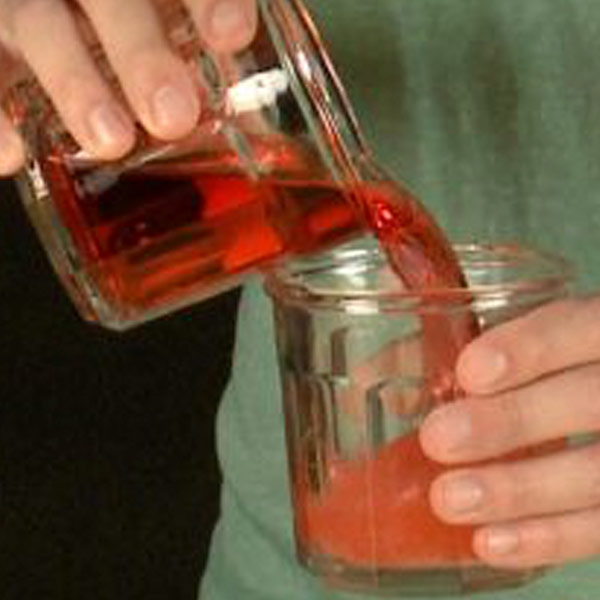 Although Extremely Elastic, the GraviGoo Remains Fluid Like a Pancake Syrup!

The spaghetti-like structure causes the polymer to quickly thicken the added water, while giving it a strong elastic effect. Once part of the Gravi-Goo molecule gets over the rim of the cup, it’s elasticity means it can stretch over the rim of the cup while pulling the rest of its length with it. It’s this elasticity and bonding that defy gravity. 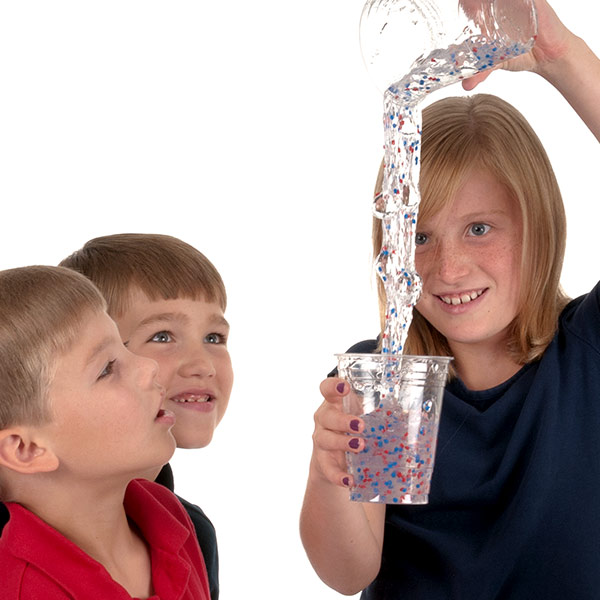 We haven’t forgotten about the new STEM and STEAM initiatives you’ve been hearing about in our schools, bringing Science, Technology, Engineering, (Art), and Math together to make young scientists into real thinkers! Science experiments with this fascinating polymer will generate plenty of predictions, observations, and discussion. 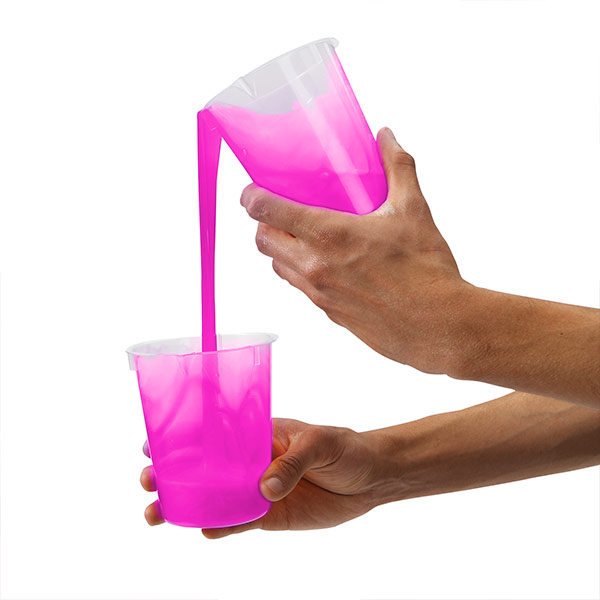 How Many Times Can You Perform the Gravi-Goo Experiment?

The jar contains enough Gravi-Goo to perform this stringy, slimey, ooey, gooey experiment around 30 times! You can also add food coloring to the mixture to create all sorts of Gravi-Goo colors!

Goo With a Mind of Its Own

Aspiring young scientists will enjoy experiencing the weirdness of polymers when they work with Gravi-Goo from Steve Spangler Science. Gravi-Goo is a polymer powder that, when mixed with water, forms a thick, gooey gel. This gel is actually a fusion of polyacrylamide polymers with acrylic co-polymers that form a substance that is so sponge-like and strongly linked that it follows itself around, behaving differently than normal liquids. When the kids pour the mixture after it has thickened, all of it flows together as though it were alive. You may have to reassure students that the goo won’t take over the entire classroom.

Recommended for children ages 10 and up.

One review with a 1-star rating