You are here: Home1 / Store2 / At Home Polymer Fun for Kids3 / Calming Jar 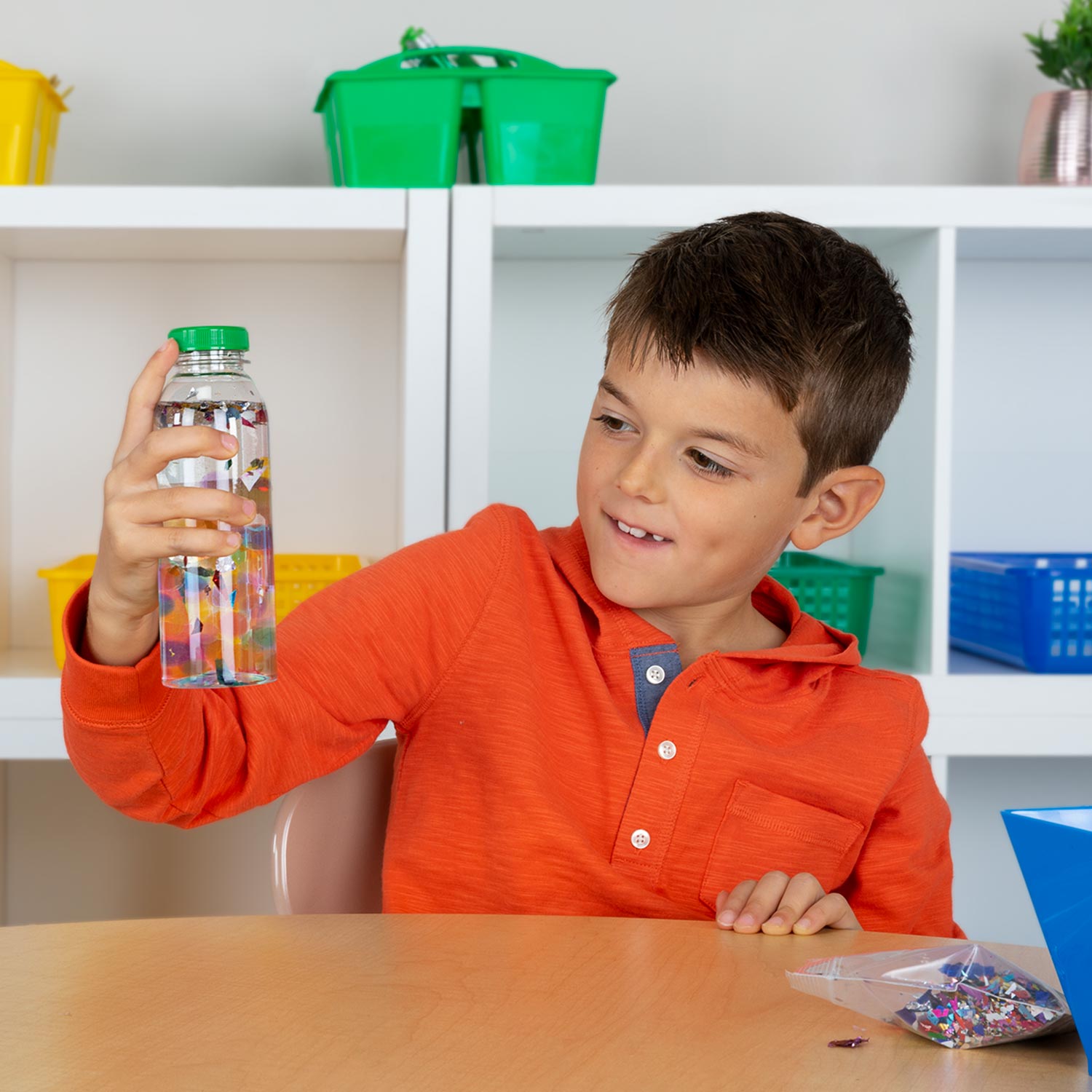 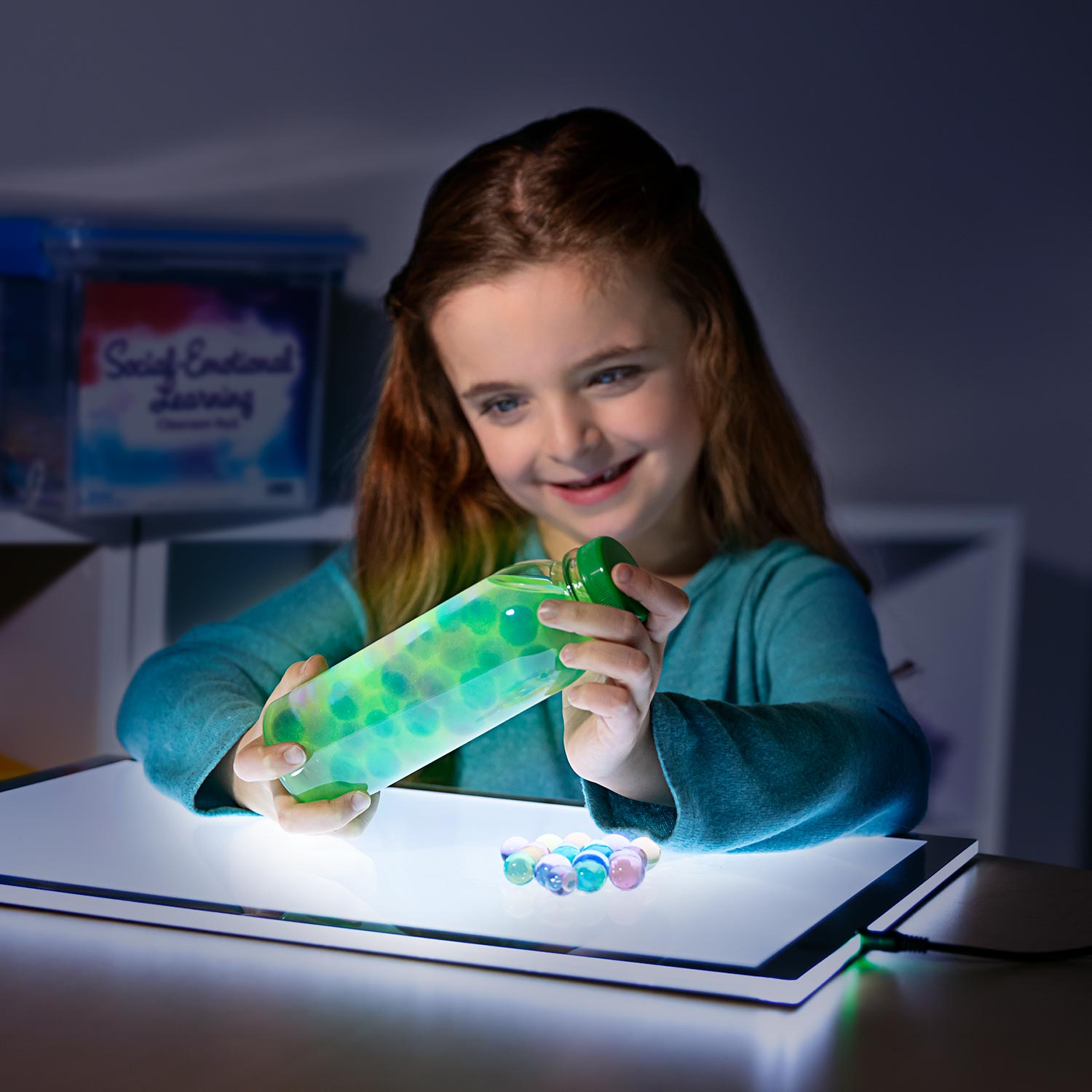 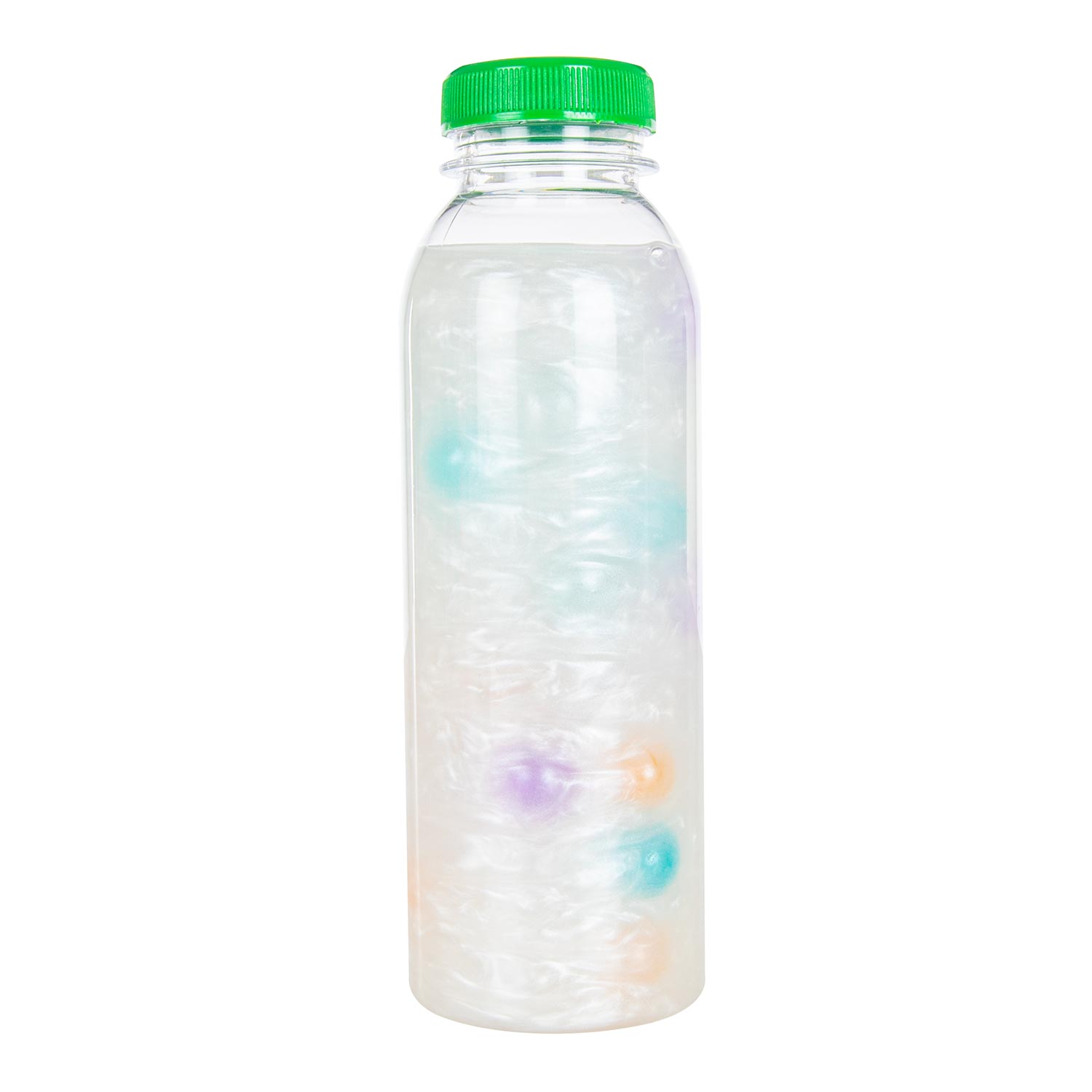 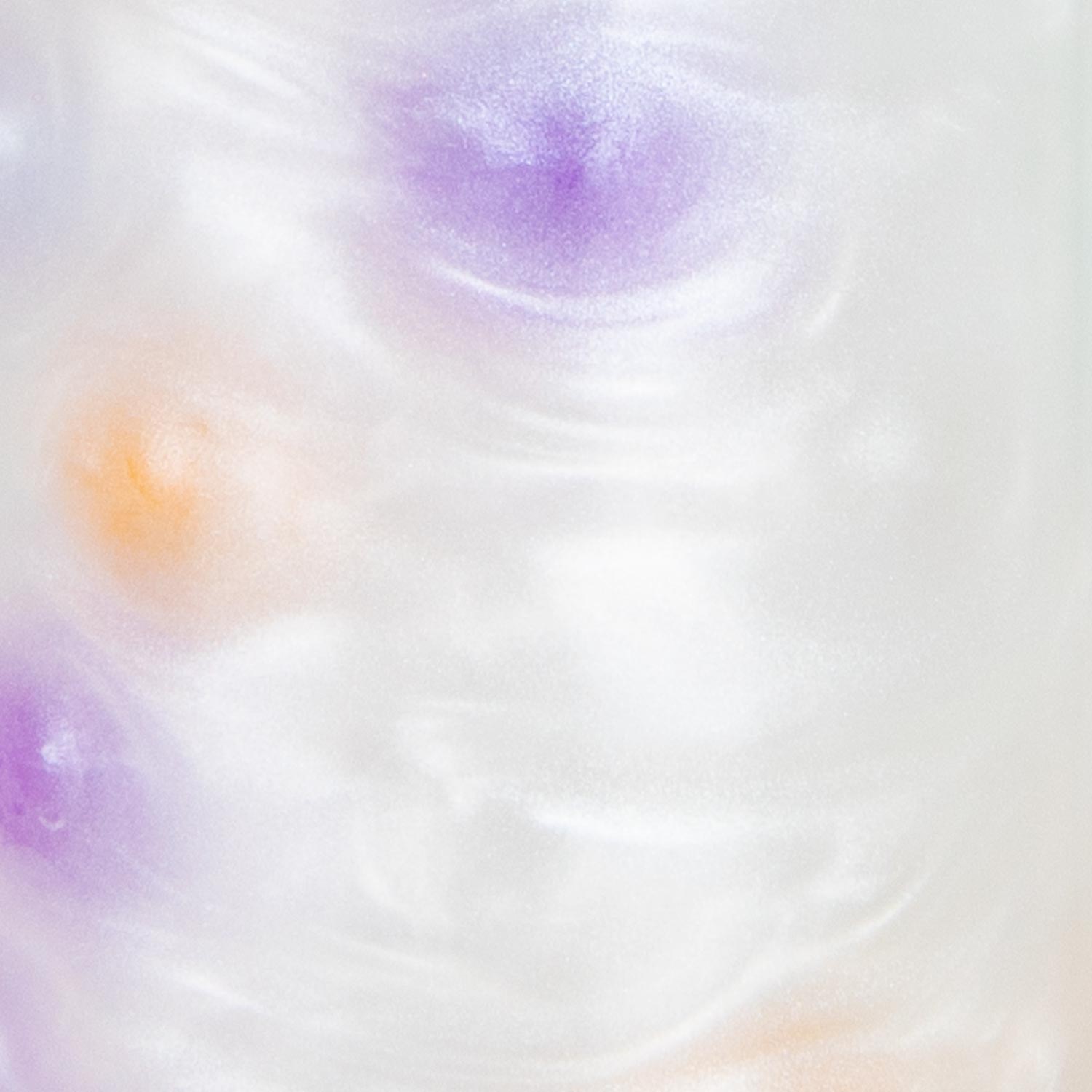 Give kids a tool that supports their social-emotional growth with these unique jars that help them soothe their emotions so they can refocus and concentrate. Great for Back to School, or a fun activity at home, combine cool ingredients and encourage little scientists to shake and turn the jars and watch the ingredients swirl around to calm themselves down. The Steve Spangler Science team enjoys these as adults too!

Like all our fun and fascinating polymer or hydrogel products, these tiny Colorful Growing Orbs teach a big lesson in color and light! Also, find out why these thirsty pebbles play an important part in maintaining a healthy environment. The possibilities for experimentation are endless when you drop these orbs in water! Just drop them in water and watch them grow! Dry them out to see how quickly evaporation can take over… and then use them again and again!

Here are some combinations you can try:

Learning about the science of things that glows requires an understanding of two important terms – fluorescence and phosphorescence. It’s also important to note that not all zinc sulfide glows, but luminous zinc sulfide does glow!

Fluorescence – This type of luminescence occurs when some form of radiation, such as light, causes an object to glow. For example, fluorescent papers and poster boards glow in the daylight. They may seem to glow even brighter under black light (ultra-violet), but in either case, as soon as the light is removed, the glow stops. Fluorescent things do not glow in the dark all by themselves – they require some other form of energy such as ultra-violet light to “excite” them.

Phosphorescence – Phosphorescence is just like fluorescence, except that the glow continues even after the light used to excite it is removed. “Glow in the dark” toys phosphoresce brightly in total darkness after being “charged” or excited by ordinary white or ultra-violet light. Glow Powder works by absorbing surrounding light energy and then releases that energy when the lights go out. It’s called phosphorescent and it’s the perfect way to get your students excited about energy… and a great way to celebrate Halloween!