I confess;  I often hesitate to fix and serve any kind of beans to my family because. . . well, you know why.

There are all kinds of jokes about, well, “this,” but what many people don’t realize is that there’s a reason why beans are so, um, chatty.  It’s science.  It’s biology.  And chemistry.

It doesn’t matter what kind of beans you’ve consumed, either.  There are many types of beans and they’re all guilty.

See? Many different kinds of beans!

But, guilty of what, you might ask?  You know the answer to that, but WHY do beans make us musical?  THAT’S the science of it.

Beans are carbs, and carbs are sugars.   The specific sugars in beans are called oligosaccharides, and there are several different kinds, all of them difficult.   Bean sugars are different from most other sugars because bean sugars are BIG.  They’re bulky.  Most people’s small intestines just can’t break these sugars down the way they can easily bully the sugar in that candy bar, so these bulky sugars usually make it through the small intestine intact.

That means that when they pass into the large intestine, the bacteria that live there (nearly a thousand different kinds!)  take a look at all those chewed-up oligasaccharides and do a group attack on them.  All those different kinds of bacteria devouring the almost intact evidence of your dinner is a pretty intense activity, and it produces gases, all kinds of gases, two of which are hydrogen and methane.  The methane is what produces most of the odors, pushed out by the hydrogen.   If you had some eggs along with the beans, the atmospheric results are even more pungent. 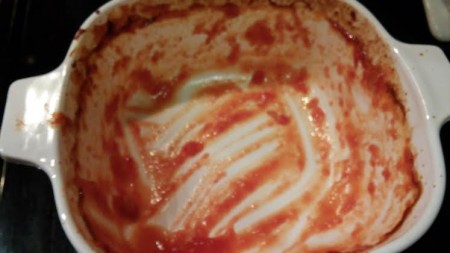 No baked beans left in the dish. That means some pretty pungent activity later tonight. I might need to go shopping then.

Don’t forgo beans the magical fruit entirely; they’re an excellent source of protein.  I would not, however, advise you to eat them before a date or any kind of important business or social function.  If you really have a problem with beans, there are several excellent products on the market that break down the oligosaccharides before they get to your large intestine.  These products are usually made of molds and fungi; hey, don’t knock it.  They work.  Soaking the beans in plain water for several hours before you cook them helps, too.  Soaking the beans releases yeast, and this yeast can eat the oligosaccharides before they have a chance to, well, light up the room.

People eat beans for many reasons, two of which are:  They’re good for you, and they’re cheap.  Poet Gwendolyn Brooks wrote a poem called The Bean Eaters,  about two old people who ate beans because they were poor, but who still had their memories:

They eat beans mostly, this old yellow pair.
Dinner is a casual affair.
Plain chipware on a plain and creaking wood,
Tin flatware.

Two who are Mostly Good.
Two who have lived their day,
But keep on putting on their clothes
And putting things away.

And remembering. . . .
Remembering, with twinklings and twingers,
As they lean over the beans in their rented back room that
Is full of beads and receipts and dolls and cloths,
Tobacco crumbs, vases and fringes. 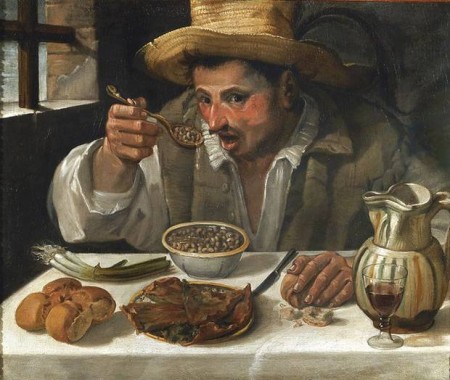 The Bean Eaters, by Annibale Carracci

Did you ever even imagine that this topic was not only chemical, and biological, but also poetic, and artistic?  Well, most things are.  Nothing is just one thing.  Everything is a part of everything else. 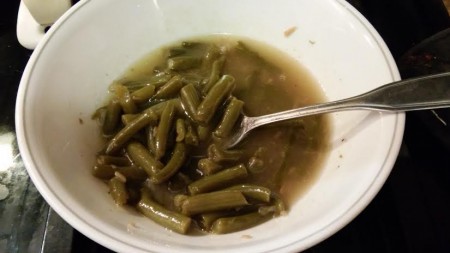 They don’t look like beans on the outside; the beans are on the INSIDE.

So what’s a person to do?  Beans are delicious!  The after-effects, while annoying and smelly, are pretty harmless.

Unless you’re one of those people who does experiments with, um, personal emissions and a lighter.  THEN you’ll have some interesting times.  Be sure to have 911 on speed dial if you’ve got a  pyroflatulence guy in the house.

In the meantime, what’s a picnic without baked beans?  Throw some ribs on the grill and make sure the Febreze is handy.