I’ve carved pumpkins every Halloween with my children for years. Confession – I really hate it.

1. The pumpkin guts sting my hands.
2. It’s hard to scrape and clean it out.
3. It makes a big gloopy mess without a lot of fun.
4. My girls have a hard time actually carving and I end up doing it. Alone. While they shout from the next room, “are you done yet?”

This year I decided to break with tradition and not carve pumpkins. So I began looking for crafty ideas that included a little science and a void of pumpkin innards. 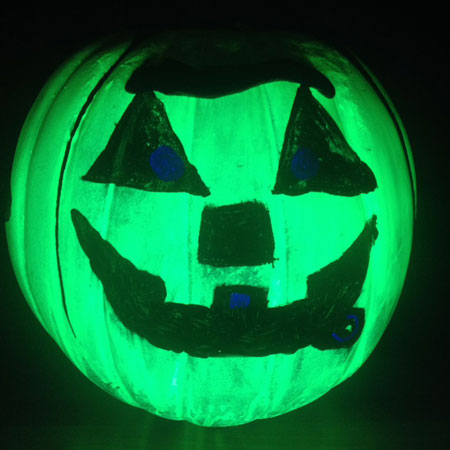 Look closely to see the dark blue glow in the eyes – the invisible pen creates this effect.

Glow in the Dark Magnetic Jack-o-Lanterns

I ended up adding a Magnetic Paint with a little Zinc Sulfide and a lot of creativity. 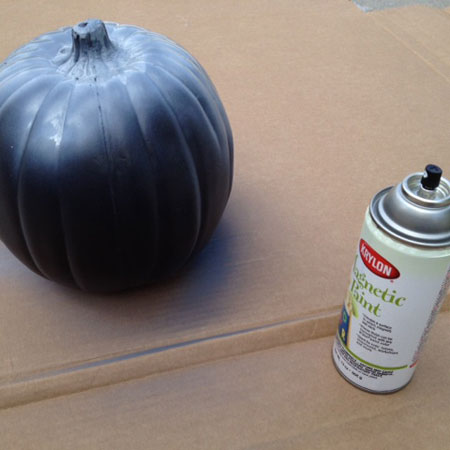 The blue glowing letters are written in Invisible Pen. They only show up under a Black Light.

Glow in the Dark Pumpkin 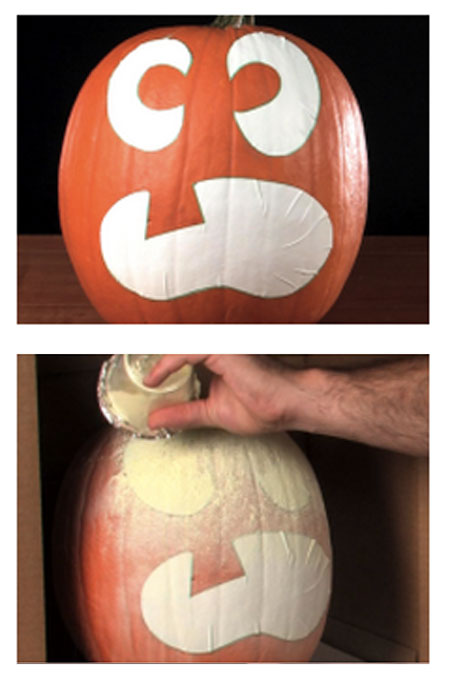 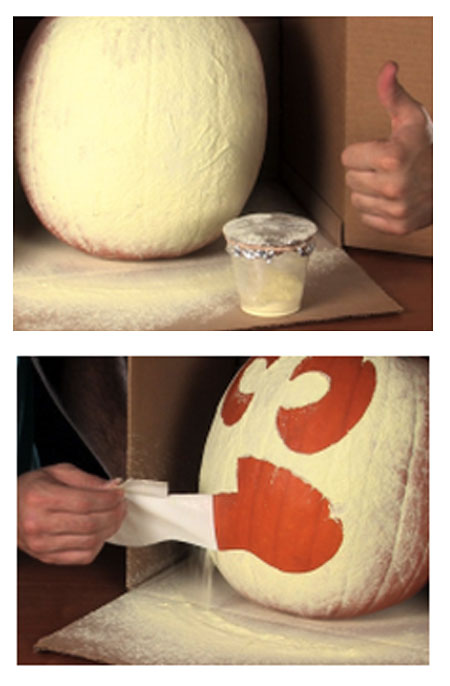 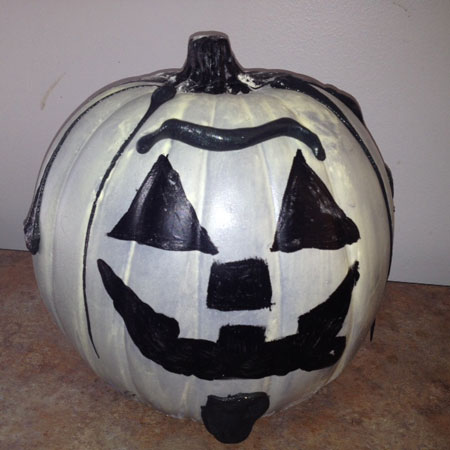 Learning about the science of things that glow requires an understanding of two important terms – fluorescence and phosphorescence. It’s also important to note that not all zinc sulfide glows, but luminous zinc sulfide does glow!

Fluorescence – This type of luminescence occurs when some form of radiation, such as light, causes an object to glow. For example, fluorescent papers and poster boards glow in the daylight. They may seem to glow even brighter under black light (ultraviolet), but in either case, as soon as the light is removed, the glow stops. Fluorescent things do not glow in the dark all by themselves – they require some other form of energy such as ultraviolet light to “excite” them.

Phosphorescence – Phosphorescence is just like fluorescence, except that the glow continues even after the light used to excite it is removed. “Glow in the dark” toys phosphoresce brightly in total darkness after being “charged” or excited by ordinary white or ultraviolet light.

Glow Powder works by absorbing surrounding light energy and then releasing that energy when the lights go out. It’s called a phosphorescent powder. It’s the perfect way to get your students excited about energy… and a great way to celebrate Halloween! Just add glow powder to almost any of our favorite products and you’ll have an eerie new take on your favorite experiments!

Thanks to Smashed Peas and Carrots for the original idea.