Earlier this month, a plane powered by the sun completed its first voyage across the United States. The Solar Impulse is the first solar-powered plane that can fly during the day and night. It uses energy collected in 12,000 solar cells to power four propellers. The wingspan is as long as a jumbo jet and it weighs the same as a small car. 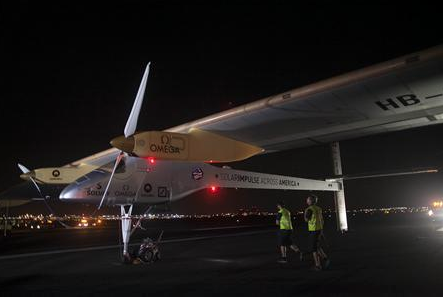 The plane began its journey in San Francisco during early May when it flew to Phoenix. It continued with layovers of several weeks through Dallas, St. Louis, Cincinnati, Washington D.C. and then to Kennedy Airport in New York.

The project has taken 10 years from conception to completion.

Breaking Down Common Core, the Myths, the Truths, the Debates How to Tackle Common Core and Squeeze Science into the Classroom
Scroll to top
Create a new list