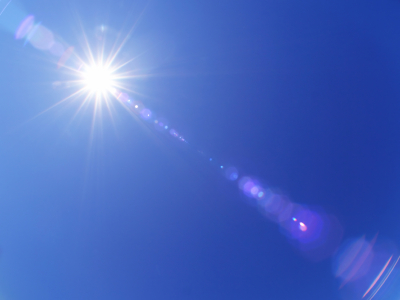 We had a fun and informative discussion on solar energy and renewable energy sources during our Twitter party on Tuesday night. Thank you to everyone who joined in. We look forward to tweeting with you in the future. Follow us @spanglerscience to join the conversation.

We talked a lot about Photovoltaics. Photovoltaics are simply defined as the method of turning the sun’s power into solar energy.

Solar energy puts the sun’s energy to work in the form of electricity, heating and lighting. A strong effort is being put into solar energy because it is reliable and has few environmental impacts. Solar energy is also an abundant and renewable resource.

Q1: Myth or Truth: Solar electricity cannot serve any significant fraction of U.S. or world electricity needs.
Q1 ANSWER: Photovoltaic technology can meet electricity demand but the system is not set up to do so yet.

PV technology can meet electricity demand on any scale. The solar energy resource in a 100-mile-square area of Nevada could supply the United States with all its electricity (about 800 gigawatts) using modestly efficient (10%) commercial PV modules.

A more realistic scenario involves distributing these same PV systems throughout the 50 states. Currently available sites—such as vacant land, parking lots, and rooftops—could be used. The land requirement to produce 800 gigawatts would average out to be about 17 x 17 miles per state. Alternatively, PV systems built in the “brownfields”—the estimated 5 million acres of abandoned industrial sites in our nation’s cities—could supply 90% of America’s current electricity.

These hypothetical cases emphasize that PV is not “area-impaired” in delivering electricity. The critical point is that PV does not have to compete with baseload power. Its strength is in providing electricity when and where energy is most limited and most expensive. It does not simply replace some fraction of generation. Rather, it displaces the right portion of the load, shaving peak demand during periods when energy is most constrained and expensive.

In the long run, the U.S. PV Industry Roadmap does expect PV to provide a “significant fraction of U.S. electricity needs.” This adds up to at least 15% of new added electricity capacity in 2020, and then 10 years later, at least 10% of the nation’s total electricity.

Excerpt taken from the U.S. Department of Energy

The human ecological footprint is big. In some countries bigger than in others. There are around 2 billion world citizens without any electricity at all. To them the facts about solar energy are that they cannot flick a switch to bring it on and are often steeped in poverty. By contrast America accounts for over a quarter of world energy consumption with only 5% of the global population.

Even fossil fuels are forms of stored solar energy. Coal, oil and gas formed hundreds of millions of years ago from decomposed plant matter. Plant matter that grew by aid of the sun.

Perhaps the future is here now. Shell has predicted that 50% of the world’s energy will come from renewable sources by 2040. Shell will also join in a massive renewable energy development project supported by the UAE. Several industrial heavyweights will join them: British Petroleum, Total, and Occidental Petroleum Corp, General Electric, Rolls Royce, Fiat and Mitsubishi.

PV systems produce no atmospheric emissions or greenhouse gases. Compared to fossil-generated electricity, each kilowatt of PV electricity annually offsets up to:

If the industry grows by the 25% per year as predicted (see U.S. PV Industry Roadmap (PDF 674 KB) Download Adobe Reader). PV in the United States will offset 10 million metric tons of CO2 per year by 2027 — equivalent to the annual increase emitted by U.S. fossil fuel electricity generation. This means that the emission rate will become negative thereafter as the PV contribution grows!

Excerpt taken from the U.S. Department of Energy

Q6: Myth or Truth: Using the sun’s energy for power is a new idea.
Q6 ANSWER: Using renewable energy is not new. It’s what people used before coal, oil and gas were found.

Of course, you know that using renewable energy is nothing new.

It’s what people used throughout recorded history before coal, oil and gas were found.

They burned what we now call biomass. Wood, dried animal dung and peat for instance, for heat and light. All part and parcel of the history of solar energy.

Sun worship by ancient civilisations is evidence of recognition of the sun’s central importance in sustaining life—renewing energy.

Native North- and South-American peoples worshipped the sun. So did the Babylonians, ancient Hindus, Persians and Egyptians. The Easter bonfire and the Yule log at Christmas time are remnants of European sun worship. In ancient Greece the deities of the sun were Helios and Apollo, with many temples devoted to them.

Ancient Greek interest in the sun transcended religious purposes. They were the first to use passive solar design in their housing. As early as 400BC entire Greek cities were built in this way.

The Romans later improved on these designs and they were the first to use glass for windows, thereby trapping solar warmth. The Romans even stipulated by law that it was an offence to obscure a neighbor’s access to sunlight. They were the first to use glasshouses to create the right growing conditions for exotic plants and seeds they brought to Rome from far-flung corners of their empire.

Q7: Myth or Truth: Leaving your computer on when you leave work saves energy.
Q7 ANSWER: Switching the displays and terminals off at the end of the day would save 85 watts (per computer) or 255 megawatts.

In 2000, Lawrence Berkeley Laboratories did a survey on computer equipment in the United States and California. They found that there are about 122 million displays and terminals in the United States (Kawanmoto, et. al.), of which 68 million are in commercial buildings and industrial facilities. About 15 percent are in California, which accounts for 10 million computers in non-residential use.

Thirty percent of the 10 million, or 3 million, are left on overnight without their power management capabilities enabled. Switching the displays and terminals off at the end of the day would save 85 watts (per computer) times 3 million; or 255 megawatts.

The California winter peak is in the evenings, so this analysis applies to that situation.

For summer, the challenge will be to encourage people to turn off their monitors when they leave for lunch or a meeting to conserve the 750-850 megawatts that these non-residential consumers use.

Computers should be shut off when not used for long periods of time, such as overnight. When you’re away from your computer, use the “sleep” or “energy-saver” mode. This will turn off the monitor, but your computer will not have to be restarted.

Even better would be to turn off the computer, monitor and peripherals using the surge protector – control strip. Some peripherals, such as modems – especially DSL and cable modems – draw power even if the computer is not using them.

Screen savers should be not used because they consume more electricity displaying graphics and moving images. And with modern monitors there is little chance that a screen will be “burned” and because they may actually impede the power-saving mode.