** This article is strictly for the entertainment and information of our readers. Leave the display fireworks creation, development and launching to the professionals. It is a violation of federal, state and local laws to make or use fireworks without the required permits.

Fireworks are as much a part of the Fourth of July as hot dogs, watermelon and red, white and blue. How do they get those brilliant colors, sparkling trails and heart shapes? There’s a science to creating the perfect firework display. 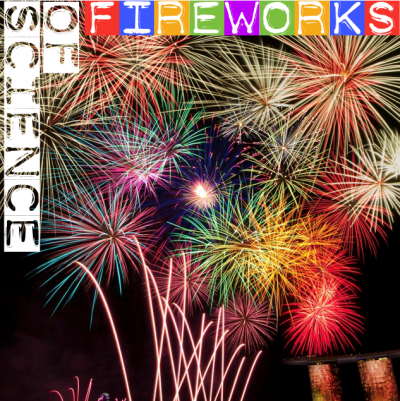 Before we dive into the science behind fireworks, let’s start with a little history. The Chinese invented fireworks somewhere around 960 and 1279 AD. They shot off fireworks to ward off evil spirits and used them during celebrations, like the Emperor’s birthdays and Chinese holidays.

Designing and building the ultimate firework display or just a firecracker requires a strong knowledge of chemistry and physics.

Colors – Different metal elements and metal compounds create each color.  When you watch a display this year, try to name each element in it. Blue-greens and vivid violet-blues are the most dangerous and difficult to create. They are unstable and extremely dangerous. 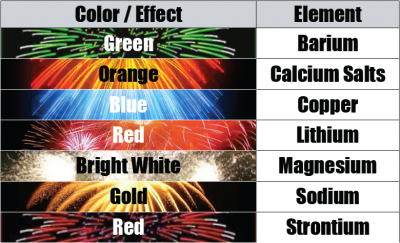 Effects – the use of different elements also creates special effects. 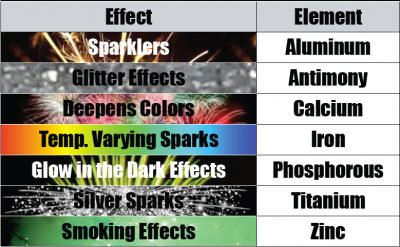 What’s Inside of a Firework?

How Do They Create Multi-Explosions, Effects and Colors in One Firework?

Multi-break shells create multiple stages for the firework. Stars of different  colors and compounds are used to make different effects. The shells are filled with other shells or have multiple sections that are ignited with individual fuses. After the first section bursts, the next fuse is ignited and bursts the second, which then ignites the third fuse and so on. 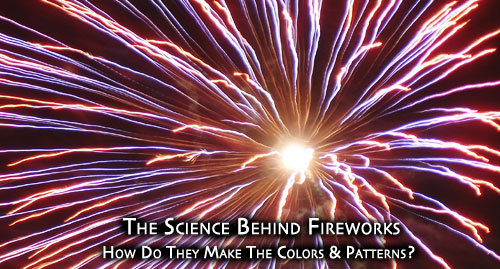 How Are Patterns Created?

When the firework explodes, the stars are thrown out into a pattern. If they are packed into the shell in a star pattern or happy face pattern, they maintain that shape in the sky as they are thrown from the shell. Popular Mechanics has an interactive slideshow with pictures of shells with layouts of stars and charges that displays how some of the most complex designs are created.

Are The Booming Sounds from Fireworks All About the Ignition?

Actually no, some fireworks contain sound charges that use perchlorate.