For the third time, the Steve Spangler team and award-winning naturalists explored the inside passage of Alaska. The group, along with teachers and science enthusiasts boarded a Holland America cruise ship earlier this week for a special Science at Sea excursion. 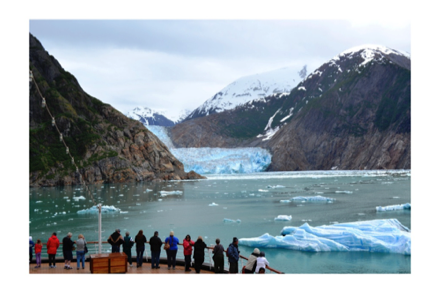 Alaska is known for its spectacular scenery, glaciers, mountains, untamed wilderness and vast wildlife populations. Science abounds in the largest U.S. state. Cut Alaska in half, and each half is still larger than Texas.

The state not only boasts the biggest land size, but also holds the smallest population of the 50 states. Only 650,000 people call Alaska home. Twice as many tourists visit every year. 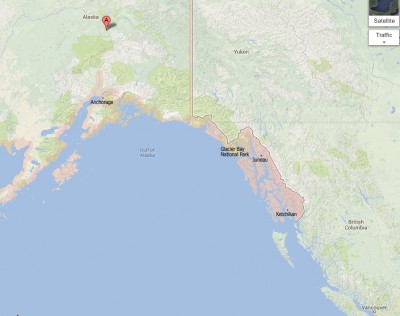 Alaska contains more coastline, more lakes, more streams and rivers, more National Parks, more wildlife refuges, more natural resources, more forests, more glaciers and more wildlife than any other state in America. Seventeen of North America’s twenty highest mountains, including the tallest, Denali at over 20,000 feet, are found in Alaska. It is also home to the largest National Forest and largest National Park in the 50 states.

The crew cruised the famous Inside Passage of the the Pacific Northwest Coast or southeast Alaska for one week. They viewed spectacular, rugged, high mountains cloaked in lush temperate rainforests, enormous ice fields and glaciers, scenic 1,000-foot deep fjords, and a plethora of marine mammals and sea birds. Alaska also has a rich human history and social sciences story anchored by Native peoples of the Pacific Northwest Coast that have lived in the area for over 8,000 years, and also includes the great Gold Rush of 98 and World War II. 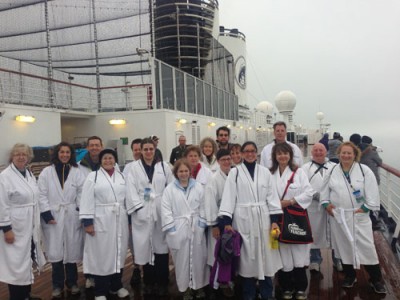 Some of our guests for Science at Sea 2013

The tour included visits to some of Alaska’s most popular towns and cities. Juneau, Alaska’s capital city, enjoys perhaps the most scenic setting of any state capital in America; Sitka, a most charming village on Alaska’s outer coast once known as the Paris of the Pacific, ancient home of the Kiksadi people and seat of government and administration for Russian America; spectacular Glacier Bay National Park, home to half the tidewater glaciers in North America; Ketchikan, the salmon capital of the world known as Alaska’s First City; and Victoria, a lovely small city on the southern coast of Vancouver Island and provincial capital of British Columbia. Native traders, fur trappers, gold seekers, and sightseers have all marveled at the magnificence of the Inside Passage.

Global Warming is at work in Alaska and you can witness it firsthand. Glaciers and the sea ice are melting at a rapid pace, so fast, that some glaciers are in danger of becoming extinct. New shipping routes have opened in the Arctic making it easier to travel between Norway and Asia, specifically. The wildlife is also suffering. Polar bears are drowning while swimming and looking for food. 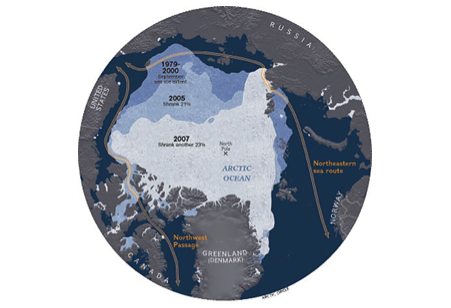 Alaska is full of geography and geology lessons as well. When asked where the most northern and western extremes of America are found, Alaska is an easy answer. The eastern part of the 50 states is also found in Alaska. The state’s Aleutian Islands cross the dateline so the eastern extreme of the U.S. is also in Alaska.

The Aleutians were the first parts of Alaska settled by Europeans. Two of the larger islands, Dutch Harbor and Kodiak are two of the largest seafood producing communities in the world.

Geology dictates the natural environment of Alaska. Particularly the southeastern part is one of the most geologically active places on earth. There are more earthquakes, more volcanoes, more glaciers, more mountains than anyplace in North America.

Plate tectonics is also a huge part of the Alaskan geology. The North American Plate is riding over the top of the Pacific Plate in a process called subduction under Alaska. The Pacific Plate is moving north and counterclockwise against the western moving North American Plate causing a shearing action. The subduction causes Alaska’s massive mountain features and volcanic activity. The mountains are grow taller at a rate of about an inch or more a year. The shearing action creates earthquakes along the coastline. 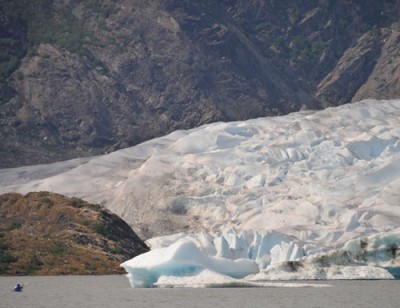 Can you spot the kayaker?

Glaciers are also an incredibly important part of Alaska’s past and present. They are responsible for thousands of islets, fjords and waterways. A large part of our tour included visits to the largest and most spectacular glaciers.

Finally, Alaska has abundant wildlife on land and in the water. Long daylight hours in the summer encourages a lot of vegetation growth on land and algae or plankton in the water. Marine life teems in the oceans, mammals large and small thrive in the forests and tundra and millions of birds nest along shorelines and in forested areas. 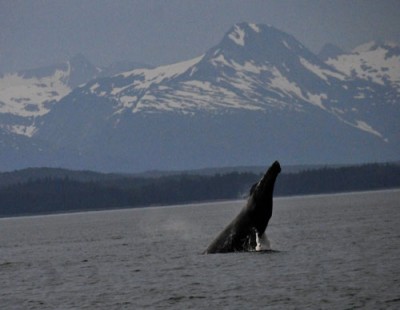 Scheerens adds “Alaska offers some of the finest habitat and food resources on the planet to support some of the largest wildlife populations anywhere in the world.”

Many thanks to our naturalist John Scheerens for the research and information included in this article and for all of his knowledge, insights and enthusiasm about the great state of Alaska.

John is considered the teacher of teachers in Alaska serving as the training consultant for most of the major tour companies throughout Alaska. John has been featured on ABC’s Good Morning America, ESPN’s Outdoor Adventure Series, and Outdoor Channels Pathfinder’s Series, and his educational tours have received the highest praise among his peers. We cannot think of the better tour leader for our Science at Sea experience.

So… You're Going to Alaska
Science at Sea Alaska Just Set Sail!
Win a $995 Registration to Science at Sea 2011
Ziploc Bags and Airport Security
More Information for Packing and Dress Code
Staff Spotlight on Our Beloved Mae (and Steve's Mother-in-Law)
Does the Millenium Hotel Have an Airport Shuttle?
New Pricing from Carnival – Inside Cabins Starting at $725
0 replies

The Science Behind Fireworks – How Do They Produce the Brilliant Colors... Best Science and Educational YouTube Channels
Scroll to top
Create a new list