My kids have been extremely excited to see the new animated feature film from Disney Studios, Wreck-It-Ralph since they first saw the trailers for it this summer. A movie about video game characters spanning 30 years? Disney has already hit a homerun for kids and their nostalgic parents and the movie doesn’t open until Friday.

And now there’s another reason to be excited about Wreck-It-Ralph. We recently found out through a secret tip off from our spies in the movie industry (or maybe a friend shared a blog post with a sneak peek into the movie) that our Mentos and Diet Coke geysers are featured in the film.

The movie features several video games and their characters who travel between games in an arcade via a train on the power cords. Ralph, the bad guy in the game Wreck-It-Ralph, visits a few video games in his quest to prove he can be a hero. 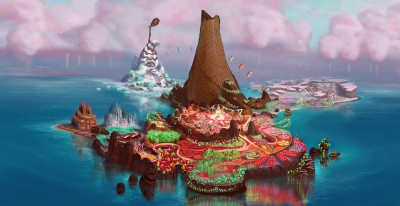 The second game Ralph visits is Sugar Rush, a racing game in a world made entirely of candy. Here he meets Vanellope von Schweetz. In creating the game’s world, the film makers visited candy factories, candy conventions and festivals.

Sugar Rush is delicious. There are peppermints, ice cream, waffle cones, chocolate syrup, lollypops, licorice, donuts, Reese’s peanut butter cups and lots and lots of cookies and cake. Our favorite is Diet Coke Mountain, which has stalactites made of Mentos™ that fall into the soda and cause explosions. Vanelleope lives in Diet Coke Mountain. 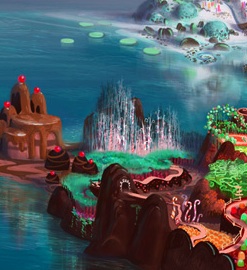 So go see Wreck-It-Ralph when it opens this Friday, November 2nd. And then do a little science of your own. This isn’t just for the movies…the best part of Diet Coke and Mentos™ geysers? You don’t have to live in Diet Coke Mountain to recreate Sugar Rush in your driveway. Get your hands on our Mentos Geyser Tube for the easiest way to create a soda eruption of your own. Or get into the racing action of Sugar Rush and experiment with how fast a Geyser Rocket Car can go down your street.

How the Mentos Geyser Works – Theory Confirmed!
Give the Gift of Learning this Holiday Season – Top 12 Educational Toys
Spangler’s Geyser Tube Strikes a Chord with Media
Invited to Speak at Apple Computers – They Wanted to See the Mentos Soda Geyser Eruption
Join Us at the Tattered Cover Book Store for a Fire Bubbles & Exploding Toothpaste Book Signing
Mentos Geyser Tube Featured on Food Detectives
Mentos Geyser Car – 12 Days of Wonder
Back to School Block Party Welcomes the Return to Learning While Raising Money for a Good Cause
1 reply