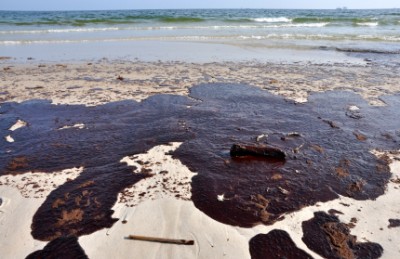 What happened to all the oil that spilled in to the Gulf of Mexico region this spring and summer? Scientists say the nontoxic elements became dinner for plankton.

During the spill, which began with an explosion, fire and sinking of the BP oil rig, Deepwater Horizon on April 20, 2010, an estimated 172 million gallons of oil poured into the ocean.

The nontoxic elements of the oil were eaten by plankton and therefore entered the food web.

This study did not focus on the toxic parts of the oil that concerns people. It tracked the basic element in oil, carbon as it moved into the food web.

Scientists are concerned that if the nontoxic elements are moving through the food web so quickly, what happened to the toxic parts?

Read the complete story from the Associated Press.