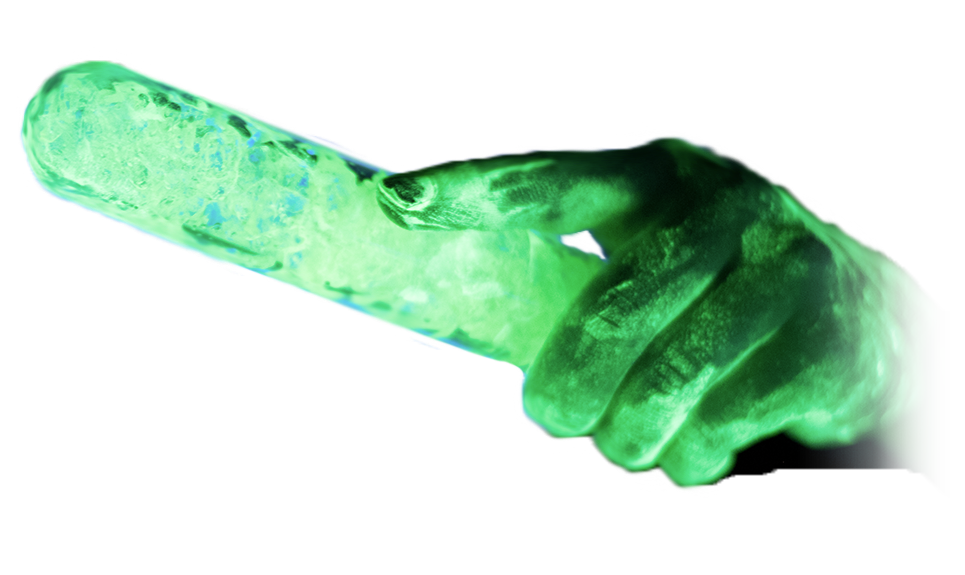 Halloween is all about spooky, creepy things that lurk in the dark. There’s nothing better than turning off the lights and bringing out glowing, mysterious, and slimy materials to touch and watch. The kids will ooh and ahh. Whether you are planning a Halloween party, looking for unique decorations, or just wanting to have some fun with your own kids at home, here are some glowing activities you can do. 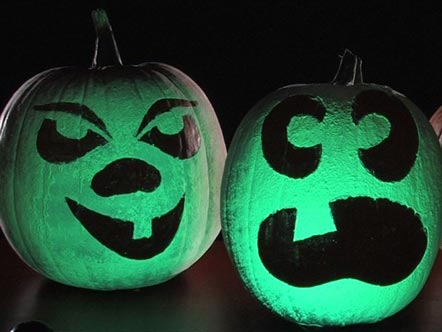 If you’re a fan of Spangler Science, you know that we love exploding pumpkins… but we’ve also found that glowing pumpkins can be just as fun! Just add Glow Powder to your Halloween pumpkins and you’ll get a spooky Halloween display without all the mess of carving. 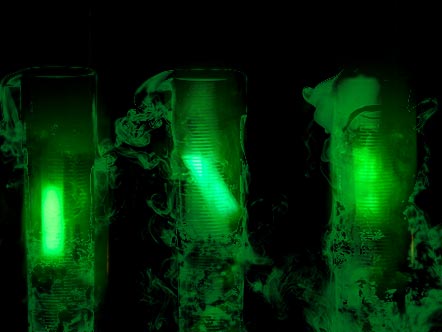 Nothing looks more like a witch’s brew or a warlock’s potion than a container full of bubbling, glowing liquid. By dropping some Atomic Glow into a container with dry ice and water, you’ll get all of the bubbling and fog effects of dry ice in an awesome liquid the glows under UV light. 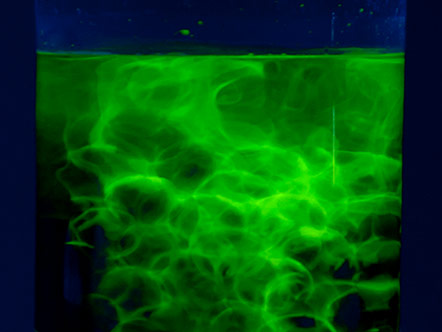 Our Jelly Marbles feel eerily like eyeballs, but take them even further using Atomic Glow! These glowing eyeballs aren’t just fun to play with, because the growing polymer science behind them is just as awesome as their fluorescence! 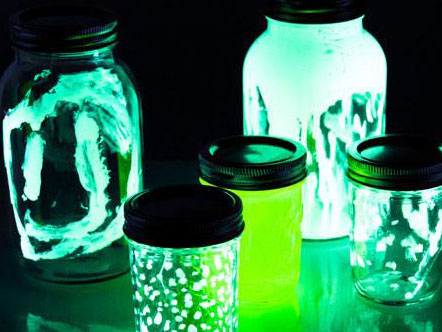 Create your favorite Halloween-themed designs on the insides of clear jars to create glowing artwork that will impress all of the local guys and ghouls. You only need a little more than some Elmer’s Glue and a paintbrush before enjoying these amazing glow-in-the-dark jars!

Our team of After Dark Scientists know that when the lights go off, the glow-in-the-dark fun begins… and they couldn’t stop experimenting with our Glow-in-the-Dark paper. You won’t believe your eyes as you write with light, freeze your shadow, or even capture a picture with this sticky-back adhesive paper.

In either case, as soon as the light is removed, the glow stops. Fluorescent things do not glow-in-the-dark all by themselves – they require some other form of energy such as ultraviolet light to “excite” them.

Phosphorescence
Phosphorescence is just like fluorescence, except that the glow continues even after the light used to excite it is removed. “Glow-in-the-dark” toys phosphoresce brightly in total darkness after being “charged” or excited by ordinary white or ultraviolet light. Glow Powder works by absorbing surrounding light energy and then releases that energy when the lights go out. It’s called a phosphorescent.

Sign-up for our award-winning Experiment of the Week… it’s free…
Subscribe today and we’ll send you our favorite DIY slime recipe plus new products and special offers!