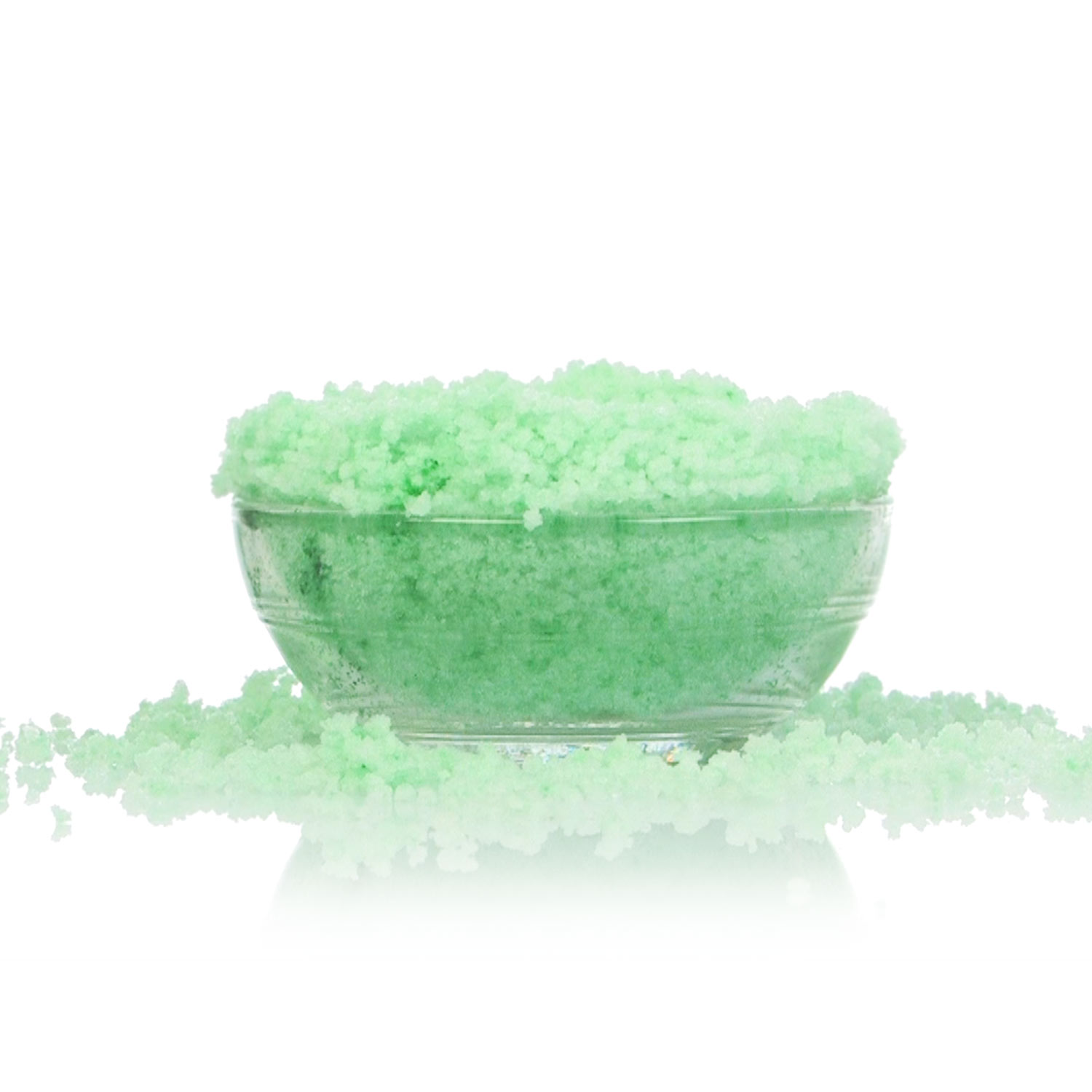 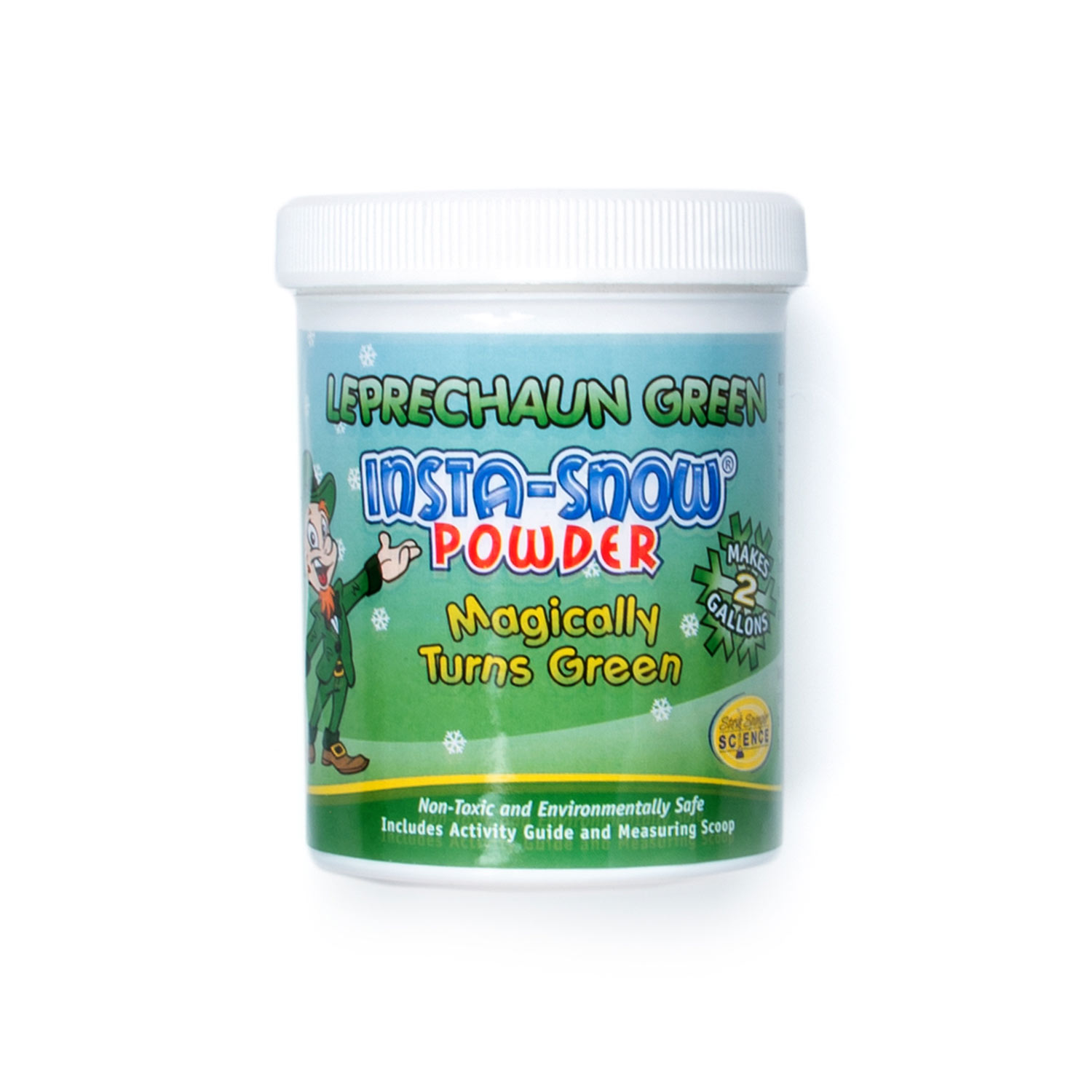 Rated 5.00 out of 5 based on 3 customer ratings
(3 customer reviews)
Read Full Description

When Leprechauns play in snow, it turns green. So it only makes sense that Leprechaun Insta-Snow turns green when you add water. Just place a few scoops of white Insta-Snow powder in a cup (it starts out white) and add water. The water instantly turns green and erupts into fluffy snow. It’s green snow in seconds! Leprechaun Green Snow has the same texture as the original Insta-Snow®, the same original fluffy texture, and it magically turns green. You wouldn’t expect anything less from the the creative people at Steve Spangler Science and their Leprechaun science team.

The jar of Leprechaun Green Snow powder make 2 gallons of fluffy green snow. You supply the water, we supply the magic. Includes mixing instructions, scientific explanation, and a measuring scoop to mix-up a perfect batch every time

Just mix a cup of water with a scoop of Insta-Snow polymer and within seconds, the liquid turns into a solid and then erupts into a fluffy snow-like material (no mixing required). Watch in amazement as it instantly expands up to 100 times its original volume. It’s not sticky or clumpy like other Insta-Snow imitations. Insta-Snow® is the only brand of snow polymer that actually erupts into a fluffy white powder. Insta-Snow doesn’t melt, it’s long-lasting, and it’s even reusable after it dries out.

Explore the ever-changing science of polymers as students experiment with Instant Snow. Each Insta-Snow product comes with an activity guide with suggestions for science fair projects, classroom demonstrations, experiment ideas, and fun ways to explore the science of polymers. Insta-Snow, the original Instant Snow, is an amazing polymer that turns ordinary water into a fluffy substance that looks like real snow! It’s the latest technology used by movie makers to create incredibly realistic snow scenes.