Vinegar is a smelly staple of science educators everywhere. The solution of acetic acid is the most often-used, simple acidic solution in the lab, and it’s non-toxic and safe to be handled. It’s no wonder that vinegar is a key component of tons of activities and projects for all sorts of chemically based experiences. What’s that? You only know that classic vinegar and baking soda volcano? C’mon, science-based blog reader! 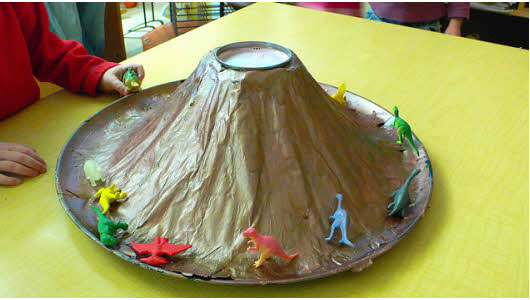 There are better, more exciting uses for that funky fluid. We’ll help you out with a few ideas to take your vinegar from dull to delightful with these science activities using vinegar. Did I mention that all of the materials are readily available at most stores (if you don’t already have it at home or in class)? 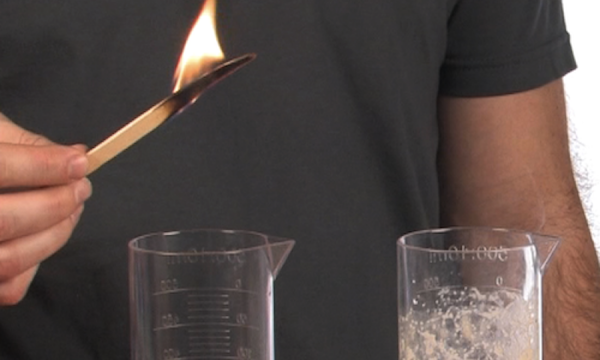 If you weren’t aware of just what makes the old science fair volcano “erupt,” it’s the production of carbon dioxide gas from the combination of baking soda and vinegar. Now, what’s a fantastic use of carbon dioxide? If you said, “Warming the global climate,” you’re correct, but mistaking this blog post for a political rant.

But if you said, “Extinguishing flames!” you’re even more correct and definitely thinking on the right tracks.

The CO2 gas produced from the most basic of acid-base reactions is exactly what you need to perform the Flame Light Relight activity. You’ll also need to commandeer a bit of yeast and hydrogen peroxide but everything for the activity should be at your disposal or easily purchased at a store. 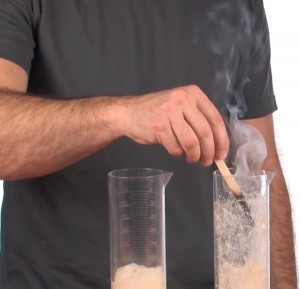 The smoke is really just the bubbles screaming. 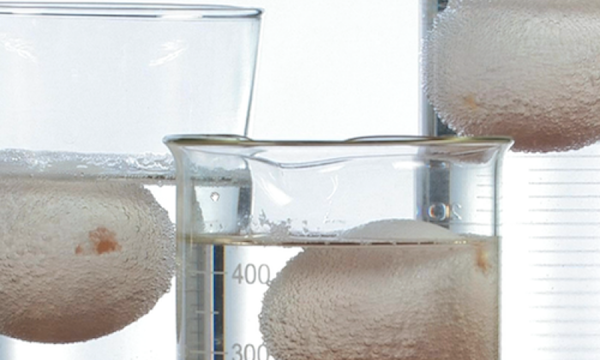 Perhaps the only things that are on par with the smell of vinegar are eggs and sulfur. We definitely aren’t going to send you out to find some sulfur, so you know this experiment will involve the incredible edible egg. At least, the egg will have been edible when you started.

Eggs aren’t the most malleable item in the world. It’s tough to bend, let alone fold, when you’re known for cracking. With the Folding Egg project, though, you’ll be folding an egg in absolutely no time. 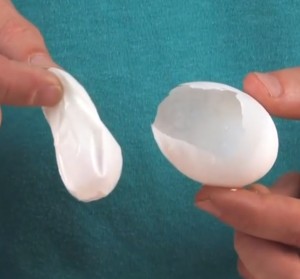 The Folding Egg is a result of the acetic acid’s reaction with the calcium carbonate found in eggshells. You can see the reaction in the bubbles that form on the egg’s shell. (It’s our good friend CO2, back for another appearance.) Eventually, all that remains in an inner membrane from the egg’s shell. Now you can fold that egg up and stack it neatly with the rest of your linens, or whatever it is you people who fold things do. 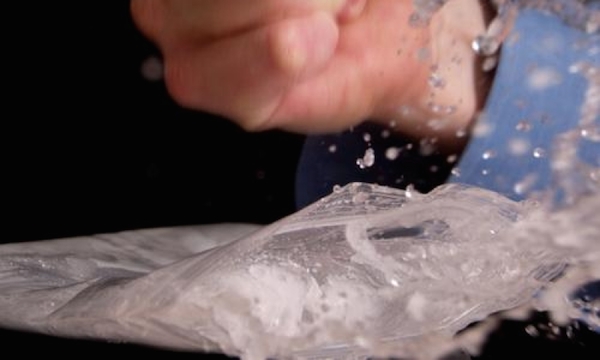 I’ll admit, it’s hard to feature vinegar in an experiment and not have it’s gaseous buddy CO2 come along for the ride. Them’s the facts of life, Brostrodamus, so saddle up and prepare to make a delicious sandwich with your favorite acid-base bi-product.

Of course, you’re not going to get much digestive satisfaction from a sandwich full of CO2-filled bubbles. What you will get, however, is a fantastic demonstration of how the vinegar-baking soda reaction can change air pressure in a closed space.

Not only does the CO2 Sandwich provide an excellent opportunity for scientific exploration (try altering the amounts of each chemical), but the POP! you hear after the zipper-lock threshold is broken? Let’s just say that it’s like the first time I heard The Turtle’s sing “Happy Together.” 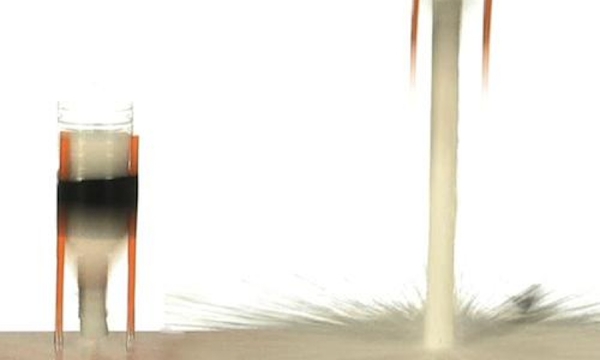 “More air pressure activities? DJ, you’re boring.” Is that so? Then how come I’m teaching you how to make a rocket ship that will fly you to the moon using vinegar and baking soda? (Since we’re getting involved with projectiles, it’s the best practice to make sure that plenty of adult supervision is involved.)

The Chemistry Rocket uses the same principles of acid-base reactions and air pressure to launch a soda bottle into the atmosphere. By atmosphere, I mean like…  100 feet or so. I hope you weren’t actually expecting some sort of DIY space program. I’ve got nothing for you, there. 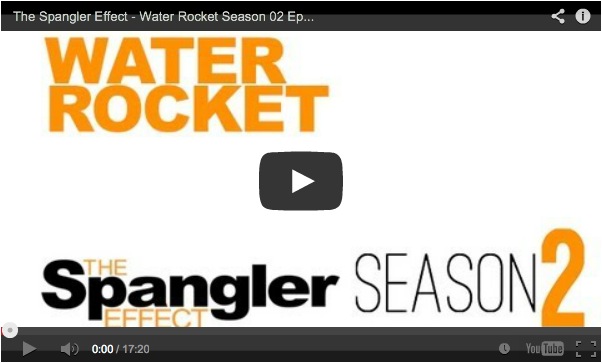 What I do have for you, is all of the air pressure, acids, and bases contributing to a spectacular display of Newton’s Third Law of Motion. For every action, there is an equal and opposite reaction. Unscientific explanation: the bottle goes WHOOSH when the contents go KABLOW! 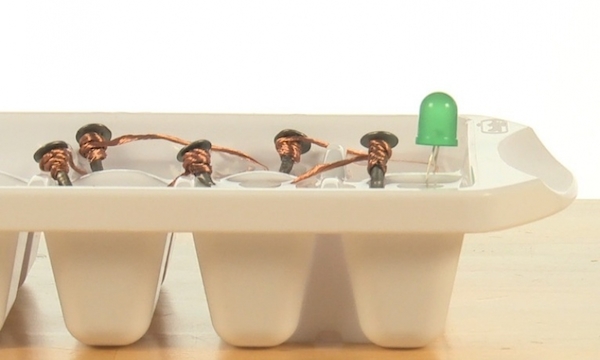 What do you get when vinegar, copper wiring, an LED, and some galvanized nails walk into an ice tray? It’s not a joke! You get a voltaic battery and a simple closed circuit. It may seem like creating a battery would have a lot more to it, but I speak the truth, people!

The Ice Tray Battery is the ultimate when it comes to kids’ science activities using vinegar. Simple household items throw their current-conducting properties into the pot to create a basic version of the batteries you buy at the store.

The look on young scientists’ faces when items that they know produces the unexpected result is like watching an LED light up from vinegar in an ice tray. It’s worth it, and isn’t that why we do things like this? 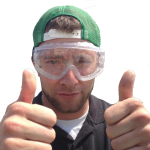