Ever since I was little, clouds have fascinated me.   A simple little visible mass of condensed water vapor floating in the atmosphere,  I realize, but mesmerizing, nonetheless.  Storm clouds have especially intrigued me over the years, and with weather season right around the corner there is no better time to talk about clouds, then now! 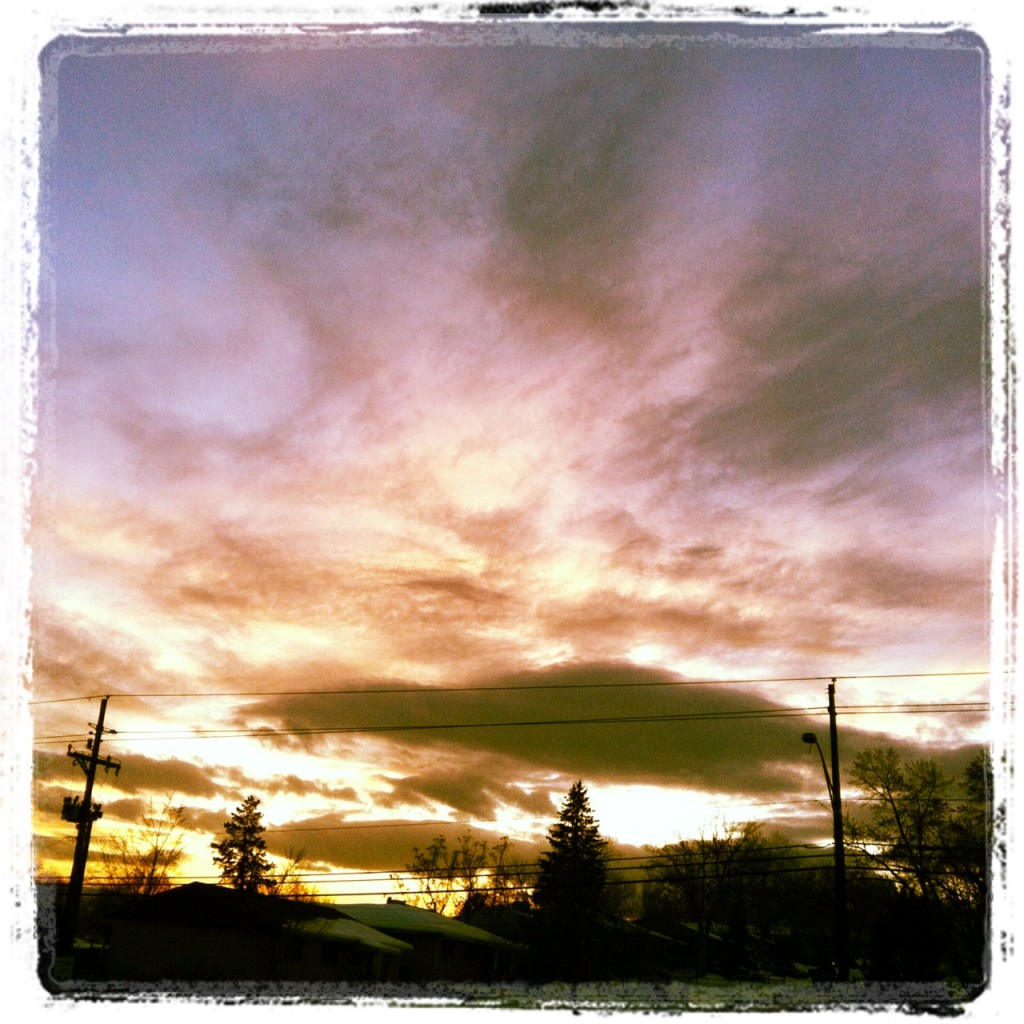 My Instagram-ed photo ofLenticular Clouds at sunset just outside the Spangler Office.

As a child I would lay in the grass and imagine the fluffy white clouds as the gates to heaven… beyond which, the wonder of the universe was endless.   And sometimes… they just looked like an animal or an ice cream cone. Nature’s scribble pad for me to browse through for hours on end. 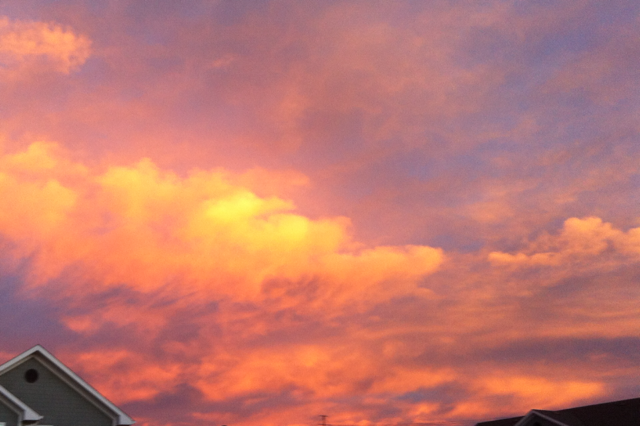 Nature’s Majesty – some stratocumulus clouds at sunset over my apartment. Kind of makes you want to break out your True Color Tablets, doesn’t it?

In school, we learned that clouds form when moist, warm rising air cools and expands in the atmosphere.  When that water vapor condenses, it forms tiny little water droplets.  After the cloud droplets form, they either collide with each other and grow by joining together.  If those droplets grow too large, they will fall to the ground as rain or snow.

Which is cool and all, but it’s the beauty of the cloud,  the visual stimulation of the formation itself, is what always makes me stop in my tracks to snap a shot. 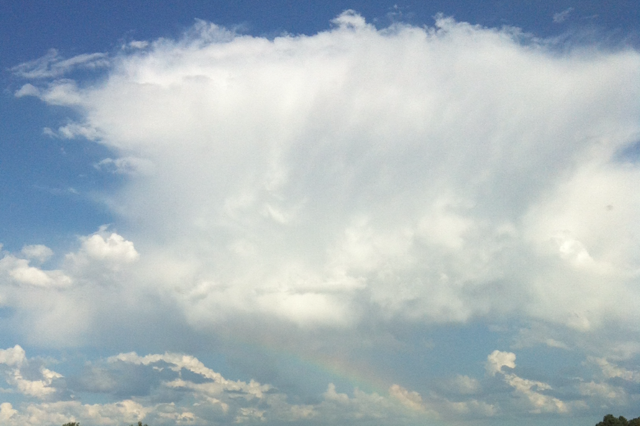 Nimbostratus Cloud with a rainbow – caught on my way home from work one day.  Time to break out your prisms, right?

As I grew older, I began snapping pictures of clouds, particularly clouds during storms,  and have gained quite a collection of some amazing cloud formations.  So I have decided to share them with you throughout this post.  Some clouds are in formations that I had never seen until I moved to Colorado.

I’m no expert by any means, but I’ve done my research over the years.  When I snapped a picture of an interesting cloud, and wanted to know more, I did what every other human being would do..I asked the internet! hus have decided to share some of the facts that I’ve found! 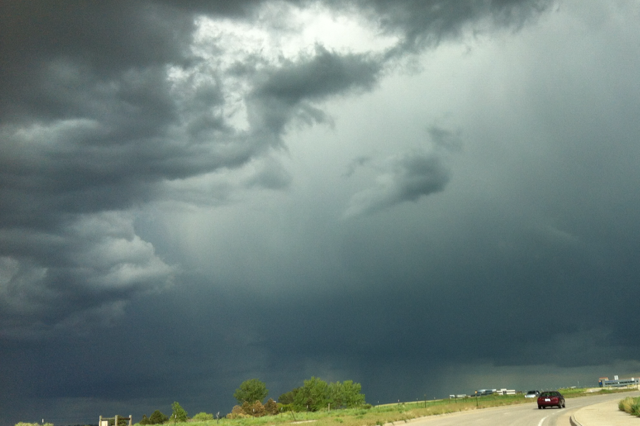 Super cool, dark, and ominous storm clouds I caught on my way home one day.  The darker the better for me and my camera!

Did you know that the smaller those cloud droplets are, the brighter they appear?  This is because the tiny droplets scatter more sunlight.  Large droplets allow more sunlight to pass through, which is typically why it’s lighter during the biggest downpour in a thunderstorm, rather than the darkness we experience during  the cloudy portion of the storm. (Which is my favorite part!) 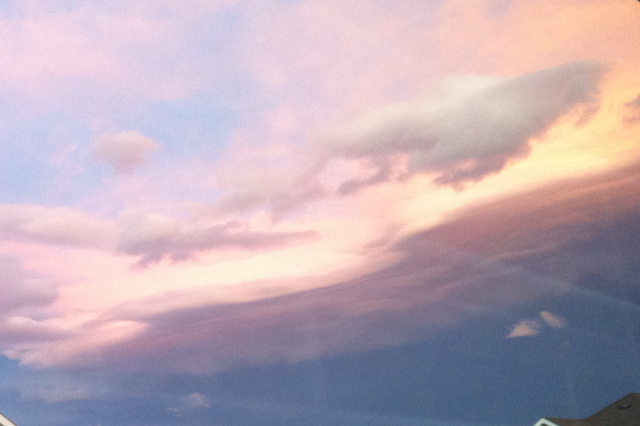 Wall clouds at twilight can be super pretty, even though they may pose a weather threat.  These however, feel less threatening as I take them through my window!

Wall Clouds are large formations caused when moist, humid air near the ground gets drawn up into the storm cloud, and condenses to form this monster. (Even though it may appear that the cloud is being compressed from above.)  These amazing clouds are always rain-free because of the air moving upward into the cloud. 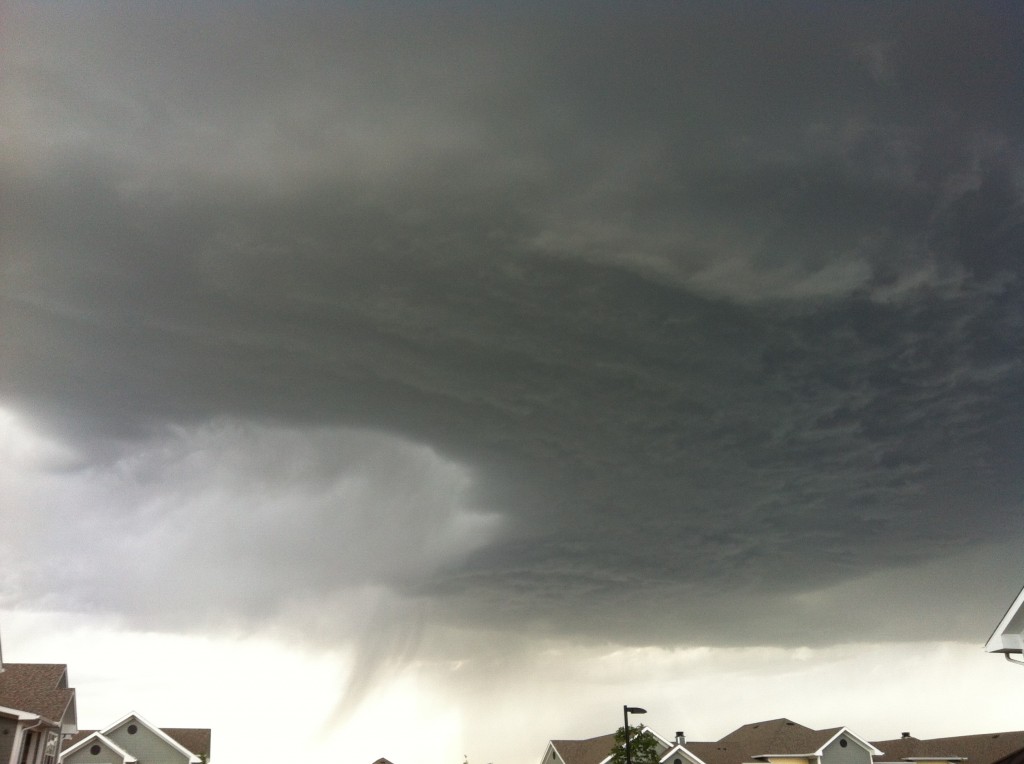 Wall Clouds often have a very noticeable rotation, which is what makes our other not so welcoming friend, the tornado! 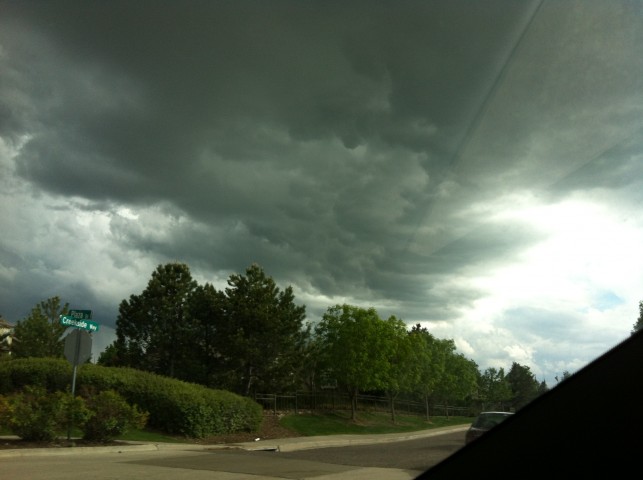 Mammatus (a.k.a Mammatocumulus)   I found is a meteorologic term used for cloud pockets or pouches that hang underneath the base of a cloud.   These clouds do not produce severe weather, but tend to be associated with strong storms and tornados. But don’t fret, they do not signal that a tornado is forming like our wall cloud friends sometimes do.   What really happening is that those pouches are created when the high concentration of saturated air is heavier than the surrounding air, so it sinks back down toward the earth. 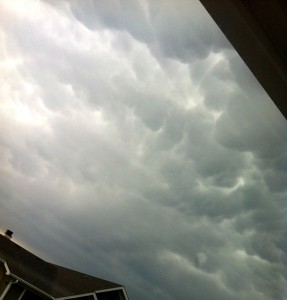 These altocumulus layers  where the Hole Punch Clouds reside, contain super-cooled water.  When something comes in contact with the clouds, like an airplane, the cold water droplets rush over the warm propeller blades or wings of the plane.  As this happens, those tiny frigid water droplets begin to expand and contract.   They will contract back into the cloud themselves, leaving a hole in the layer.

If the droplets can’t find a particle to cling to you get drifting ice crystal particles that will sometimes fall, and make a streaky cone shape under the hole, which is also called a Fall-streak Cloud. 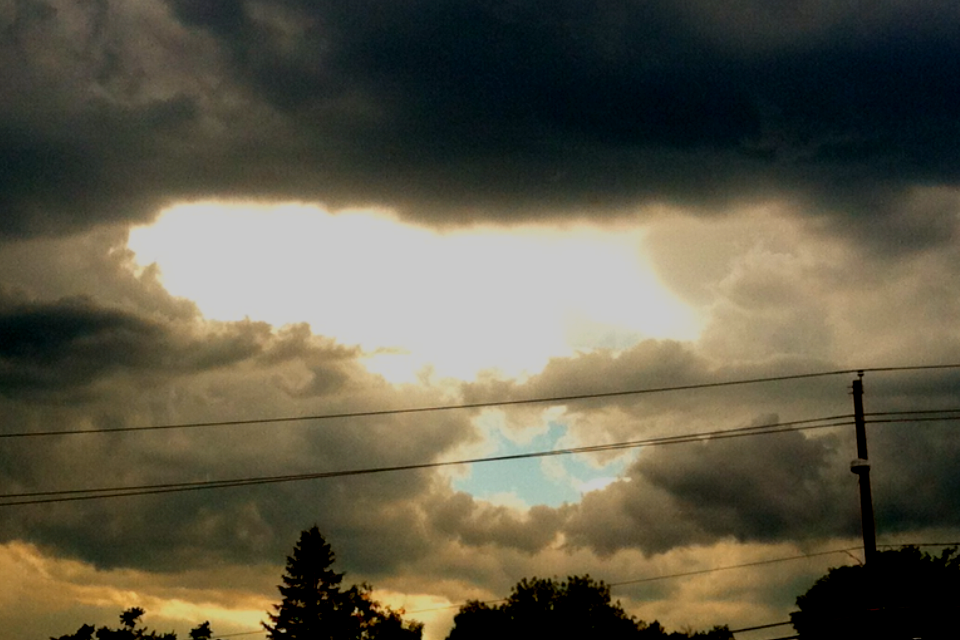 Super Pretty Hole Punch Cloud formations, most likely due to an airplane.

Wow, I didn’t realize how much I knew about clouds!  So, thanks for allowing me to share some of my photos with you today!! 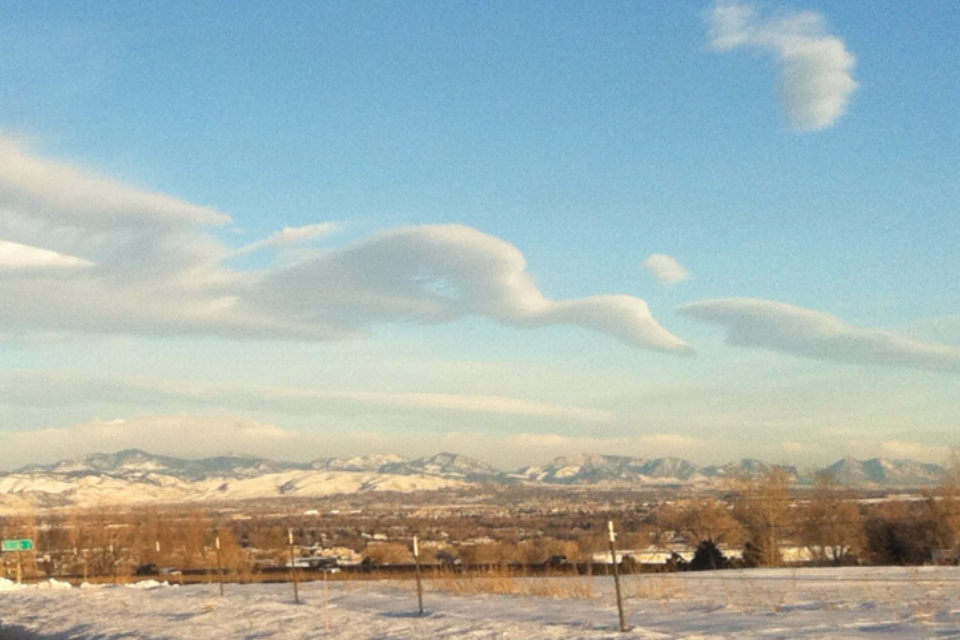 Anyone know what kind of cloud this is?

Intrigued by weather yourself and want some great weather related products?  Look no further than with us here at Steve Spangler Science!  We have fun things like Insta-Snow Powder, Tornado Tubes and Cloud in a Bottle that can really boost your weather lesson.