Let’s get something straight: I possess a Y-chromosome and am a male.

This single distinguishing factor, splitting our species in two since “a long time ago” was the present, means different things to different people. To the “funny” side of the internet, this means I’m frustratingly clueless. Car insurance agencies view me as more hazardous behind the wheel (until I’m 26). Science views me as a better potential scientist. 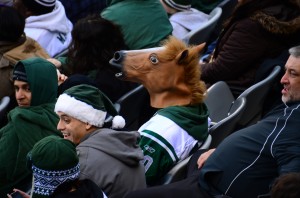 Wait… is that true? It definitely is true for the horse mask, but what about science?

In the last few weeks, news sites have found an inundation of headlines populated with words like “science,” “women,” and “first.” It’s a breath of fresh, feminine air that will hopefully pave the way for even more breakthroughs being credited to women scientists, women-led teams, and more women in science, period.

Take an August 12th, 2014 example of Maryam Mirzakhani winning math’s top prize, a Fields Medal, becoming the award’s first female winner. This is awesome for two reasons: it’s an enormous accomplishment for a woman who has dedicated her life to a field, and for many people (like me), it will have been the first time we’ve heard about the Fields Medal. So now we all know being a mathematician isn’t a thankless job, and we know that girls can math, too.

But, haven’t girls always been able to add, subtract, divide, FOIL, etc. just as well as boys? Of course they have! It isn’t news that girls are just as intelligent as boys, so why is it a big deal when women do things in male dominated fields? There you have it. They are still male dominated fields. There just isn’t enough women in science, yet!

From the first time you choose classes in high school until you become “Doctor,” you’re more likely to find yourself in a Water Buffalo Lodge than a Sisterhood of the Traveling Pants. (Yay, terrible references!)

They’re working on a cure for bad imagery in my blog posts. (Source: Wikipedia)

From the outside, it’s easy to explain away the lack of ladies in the lab. Perhaps girls are just less interested in science, right? That’s a perfectly reasonable possibility. It doesn’t fit with gender roles, either, if we want to go completely antiquated. What else could it be?

Christie Aschwanden recently wrote a shocking piece for The New York Times revealing just how much of a “boys’ club” science really is, and it’s not a good thing. Harassment is a very real problem within the scientific ranks, especially towards the top of the ladder. So, here at the base of the ladder, the bottom rungs, what are we supposed to do?

As a parent of two little boys, it’s admittedly difficult to teach lessons in gender equality. The notions of inequality are so engrained into culture that they inherit the “man, powerful” mentality just from walking around, turning on Netflix, or going to school. The best that we can do is teach them that every one, regardless of any trait, deserves the same respect. 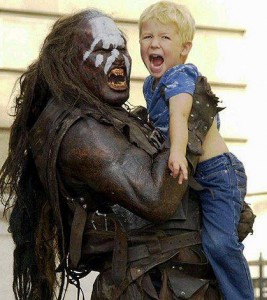 Kudos to LEGO for creating female scientists. It’s awesome what Maryam Mirzakhani was able to accomplish. And did you hear about this 6th grader? Girls, ladies, and women BELONG in science just like anyone and everyone else. Our task, as current scientists, is to lay the groundwork for an accepting atmosphere.  Then it won’t be ”1st Woman Wins Field Medal,” it will be “Miryam Mirzakhani Wins Field Medal.” 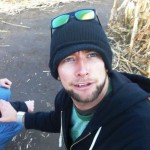