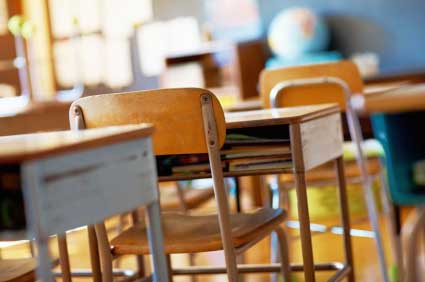 I was great at math. I was on the fast track to knocking out college trigonometry, statistics, and calculus before I wrapped-up high school, but I didn’t enjoy math. I didn’t like that answers were definite; no interpretation was allowed, only extrapolation. I did enjoy science, though. I loved the uncertainties of chemical combinations, water-bottle rockets, and testing and retesting our local river’s acidity. In the end, guidelines and processes turned me off to practicing science (and the math that coincides), long term. Enter: creative writing.

I had always been an avid reader. I loved the Boxcar Children, Wishbone, and Everworld books. In middle school, I had started writing for me. Poetry, mostly, but I also wound up writing sports and special events articles for our local newspaper. People told me that I had a gift for writing, but it was just an outlet and a way for a bit of cash to wander into my pocket. Mr. Ron Wright changed all of that.

Until Mr. Wright, my English teachers had been comprised of proverbial grammar sticklers and the like. But that very well might have been misperception on my part. I didn’t particularly enjoy writing because of the time it consumed. Writing took thought and concentration. I didn’t want to make the necessary effort to write things that were worth while. I wrote to get emotions out of the way so that I could focus on sports.

Then Mr. Wright introduced me to the type of writing that I now love. Mr. Wright showed me how much power a string of words is capable of producing. I learned the time and energy dedicated to constructing a flowing, full-bodied paragraph of text is worth it. Well worth it. The emotions, persuasion, debate, and story-telling became something that I strived for, and continue to do.

I was gifted such a passion to continue writing instilled in me that my list of prospective professions began to include writing for Rolling Stone and editing for The New York Times, in addition to the professional basketball and football dreams I maintained. I began to submit creative nonfiction pieces to magazines and journals, continued to write poetry, and actually cared about what I was writing for the local newspaper.

In my mind, at the very least, I owe much of this to Mr. Wright. His passion had rubbed off of his usual grey cardigan onto my stupid, wrinkled t-shirt. His methods of teaching, from the way he offered criticism to the weeks we would spend reading each other’s original pieces, gave me what I needed to understand what it would take to write for a living. Then he quit.

My unknowing mentor called it quits at our school before my senior year of high school. I was devastated. Mr. Wright was being replaced by a recent graduate that I didn’t connect with, on any level. I didn’t respect them. I know that as a student (especially one in high school), I never learned a thing from the new teacher because of this immediate distaste. I probably owe the teacher an apology for that (Does this count?), but it wasn’t something that either of us had real control over.

It has been 10 years since Mr. Wright moved on. I don’t remember ever properly thanking him for what he did for me. There were rumors floating around my graduation in 2005 that he was somewhere in our gymnasium, but I never saw him. I owe much more to him then I ever realized at the time.

So, if you see Ron Wright, his salt-and-pepper (or… all salt, at this point) beard, laughter-filled eyes, or caring smile, let him know that DJ says thank you. Thank you for helping me realize my potential as a writer. Thank you for letting me in on the secrets of enjoying what you do. And thank you for showing my how much life comes through a pen.

In Celebration of Teacher Appreciation Week In Her Own Words – One Teacher's Support for Full Day Kindergarten...
Scroll to top
Create a new list