Flint Lockwood made it rain made-to-order food down on his small town in the movie, Cloudy with a Chance of Meatballs. His contraption couldn’t have cost as much as a real burger made in a lab – $325,000.

Mark Post, a vascular physiologist at the University of Maastrict in the Netherlands, harvested stem cells from the waste at slaughterhouses. He grew the burger meat in a petri dish vs. a cow. The cells were still from cows instead of soy beans or manufactured cells.

Post began by feeding the cells nutrients made of sugars, amino acids, lipids, and minerals, which grew into muscle tissue. The tissue was stretched to “exercise.” It did not contain blood vessels or blood, so it is colorless.

The meat is made in very thin inch-long strips. They are packed together along with a little lab-grown fat to make a meat patty. 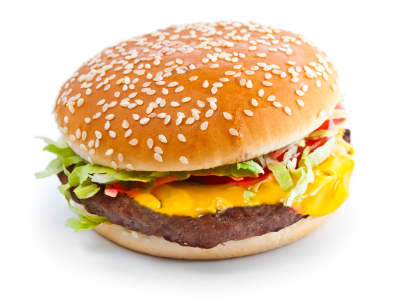 But how does it taste?

Post says he hasn’t sampled his own dish, but taste testers haven’t enjoyed it. He will head back to the lab to adjust the flavor and color.

This may be the answer that feeds the world while also saving animals’ lives, land, water and energy. Cultured meat is not imitation like meat substitutes, it is real animal protein, it just hasn’t been a part of a living, breathing animal. This meat also lacks growth hormones and antibiotics.

Although it sounds perfect, it is currently very expensive to produce and may take awhile to convince meat lovers to go with the lab meat.

That’s what Pot plans to offer on Aug. 5: a taste of a burger made with the lab-grown meat at an invitation-only event.