There have been some awesome sights in the night sky lately – the triangle of Jupiter, Mars, and Venus, for example, and right now, the brightly shining Saturn.  Every night sky is full of wonders, and every night sky has many stories to tell.

It is impossible to study the heavens with science alone – we need the stories to explain the whys and wherefores of the objects “up there.” 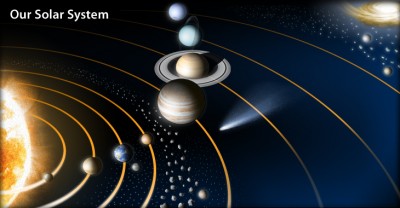 Put yourself in the place of an ancient Roman or Greek, standing outside in every season, gazing up at the night sky, and seeing patterns.  Patterns that stay the same, and patterns of movement and color, as well.

The gods of Olympus ruled, during these times, so these ancient skywatchers and philosophers called these objects in the sky after the gods or goddesses that seemed to resemble them in some way.

Mercury was the messenger of the gods; he was the fastest, moving like lightning with his winged sandals. (FTD florists use his shoes as their symbol, because they deliver quickly!)  There was an object in the night sky that seemed to cover more distance than other moving objects; therefore, it was given the name “Mercury” after the swift-moving messenger of the gods.

Mars, the bright red planet, was named for Mars, the god of war, who is associated with blood. (Mars never won a battle – his sister Artemis, who was skilled at both battle AND strategy, beat him every single time.)

From our small world we have gazed upon the cosmic ocean for thousands of years. Ancient astronomers observed points of light that appeared to move among the stars.

Saturn puzzled the ancients somewhat; sometimes, it seemed large and bright and glowing, and other times it seemed to dim itself.  It was given the name of the king of the Titans – Saturn, father of many of the gods.  Have you ever seen a picture of Father Time?  That’s Saturn – called Cronus in Greece.  Chronological things are time things.  The rings weren’t discovered until a few hundred years ago – and did you know that Galileo’s telescope was less powerful than the little pink plastic binoculars your child got in his kid’s meal?  That means you can see those rings even more clearly than their discoverer could!

Uranus is visible to the naked eye, but it’s so dim and moves so slowly that the ancients never recognized it for what it actually is – a very large planet.  It gets its name from Ouranus, the sky – who was the father of Cronus (Saturn) and the grandfather of Zeus (Jupiter.)  And its correct pronunciation puts the emphasis on the first syllable, so stop your giggling.

Neptune cannot be seen with the naked eye, but with a moderate telescope, it appears as a green dot.  Green, like the sea.  That’s why it was named after the god of the sea, Neptune.  You know, the Little Mermaid’s grandfather?

As for poor Pluto, it was named for the god of the underworld, called Hades in Greek.  (Hades is not a place; he’s a god!)  Dark and cold and sort of cast out from the rest of the planets, Pluto seemed a logical choice.

Pluto lost its planetary status, though, and is now considered a dwarf, or minor planet, along with Ceres and Eris.  The campaign to label Pluto as a planet again is going strong, though.  How many of you think Ceres and Eris should get their status back, as well?  Believe it or not, they were once considered planets, too.

People ask how to easily recognize a planet in the night sky – how can we tell at once the difference between a planet and a star?  That’s an easy one.

Oh, and those morning and evening stars we see?  They’re not twinkling, are  they.  Guess what: they’re Venus and/or Mercury, both of which are always fairly low on the horizon because they’re between earth and the sun.

And speaking of earth, have you noticed that “earth” is seldom capitalized?  That’s because “earth” is not our planet’s name; it’s just a nickname.  Our planet’s actual name is every bit as mythological as all the other planets’ names.  Do you know what it is?   Because we’re not telling until you guess.

Fourth Grade Teacher Does It Right & Makes It Big As She Gets Kids Excited... Kids Lose Up to Two Months of Skills – Keep Them Learning All Summer ...
Scroll to top
Create a new list