During Weather and Science Day, we launched a weather balloon to the edge of space. The balloon didn’t need a pilot, but we thought a scientist onboard would help bring some perspective and a first hand account of what it was like to soar 93,000 feet above the earth. 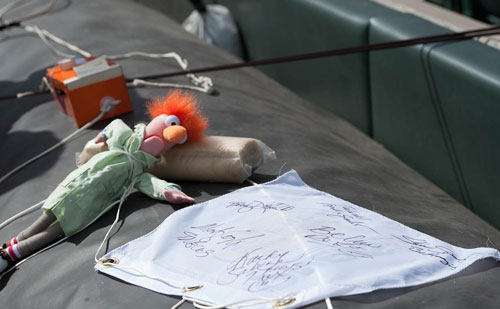 Beaker was the muppet for the job. His prep team from The Edge of Space, 9News and Steve Spangler Science helped secure him about 15 feet below the actual weather balloon. He brought along a few flags – one signed by the 9News Weather team and Steve Spangler. 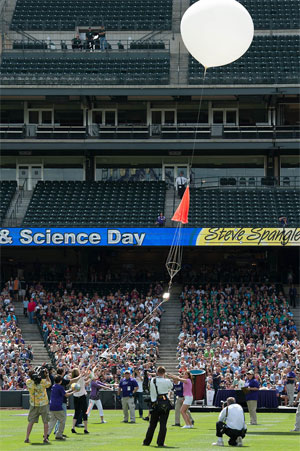 The delicate weather balloon was 1200 grams and filled with 230 feet of helium. When it reached the edge of space, the balloon was the size of a school bus. It also carried a parachute to bring it safely back to earth after it popped, a tracking and telemetry receiver to send information about where the balloon was flying, three cameras and a beacon that gave longitude and latitude. 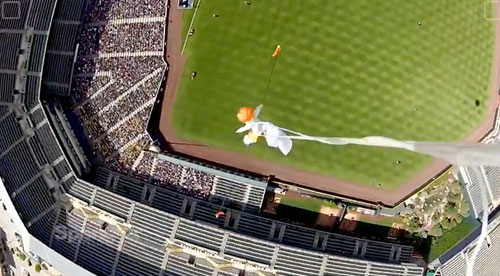 This was Beaker’s first time in space.

He flew gracefully above the earth and traveled out of Coors Field in downtown Denver, along I-70 before traveling north and eventually landing in a field 15 miles north of Synder, Colorado. 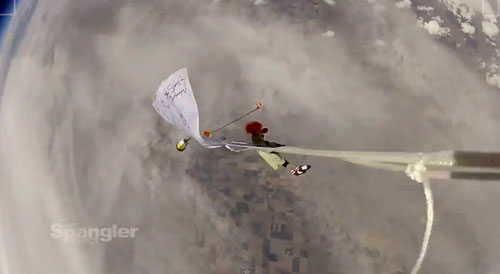 While rising above the earth, Beaker was the strong, silent type, even though the fear was evident in his eyes. He didn’t utter a single peep when the balloon dramatically popped high above the earth. Which begs the question, if Beaker screams in space, can anyone hear him? 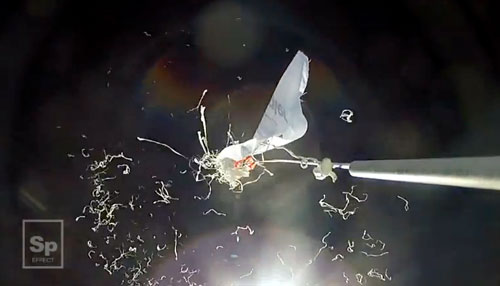 A tracking team including Steve Spangler, Edge of Space experts and 9News photographers followed the balloon before finding it in a farmer’s field around 2:15 p.m. 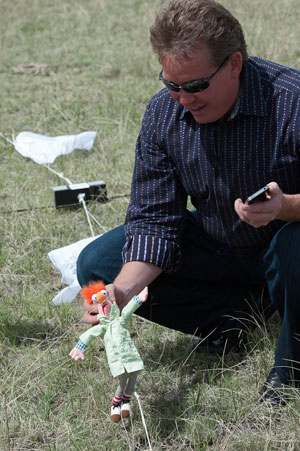 We want to extend a huge thank you to everyone at The Edge of Space who sent Beaker on his maiden voyage and safely retrieved him hours later. 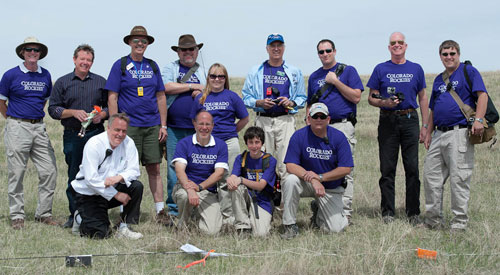 Watch Beaker’s entire journey and learn more about the weather balloon on The Spangler Effect – the Edge of Space.

Weather and Science Day with 9News, Steve Spangler Science and the Colorado Rockies Reaches All Time High
What's That in the Sky? Is it a Bird or a Plane? Nah, It's Science!
0 replies

What's That in the Sky? Is it a Bird or a Plane? Nah, It's Scienc... Bubble Bubble on the Wall, Who's the Squarest of Them All?
Scroll to top
Create a new list