Most of the time, when you don’t win, a science fair there isn’t any feedback on why your project was not selected as one of the best. Here is a list of the 5 most common reasons a project, that might otherwise seem like a “winner” does not even place in the top tier.

Explanation: Projects that do not follow the scientific method to solve a problem will usually be dismissed as a demonstration or a gadget. This is particularly common with a new technology. For example, a project that demonstrates how a solar cell (or DNA extraction kit or hover-craft etc.) works is not sufficient for a competitive science fair project because there is no experimentation. The project might win at school level for the “wow” factor, but will not be considered for awards at higher levels. HOWEVER, the exception to this violation is for science fairs with a specific category for Engineering and/or Technology.  In this case, learn and follow the engineering design principles, which are similar to scientific method.

Explanation: The most common errors that fall under this violation are:

3. Violation: Lack of standardization for part of the procedure

Explanation: Projects that include activities such as: kicking a ball, hitting a ball, throwing a ball, blowing a bubble, throwing a paper airplane, etc. are fundamentally flawed because an important component can not be standardized (i.e. done the same way every time). Without a way to ensure that the activity is the same each time small differences in that component might affect the results as much or even more than the independent variable. Consequently, results can not be interpreted as due to changes in the independent variable because there are at least 2 variables changing. HOWEVER, finding a way to overcome the issue of no standardization (e.g., build an automatic kicker, use a pitching machine, etc.) will usually earn approval from the judges. This is part of the problem solving that scientists have to frequently do.

4. Violation: Lack of creativity
Explanation: If the project came from the internet or a science fair project book, then other students are probably doing the same project. In fact, there are some projects that are done every year at every fair. A science fair judge with experience will recognize these projects and generally reduce the overall score – unless there is a creative twist highlighted on the project board.

5. Violation: Against the Law
Explanation: There are laws that prohibit some types of experiments and there is specific paperwork for permission to conduct other types of experiments. Generally, if a project uses human subjects, non-human vertebrate animals (e.g., cats, dogs, horses, fish, snakes, turtles, birds, etc.), bacteria, mold, and/or hazardous chemicals, check the rules BEFORE doing any experiments.

One other issue that science fair judges discuss, and can eliminate a project for, is excessive parent involvement.  Typically, if the judge is allowed to interview the student, the judge will be able to determine how much the student understands, but for Science Fairs without an interview this will be up to the judges based solely on the board, notebook, and research paper if available. 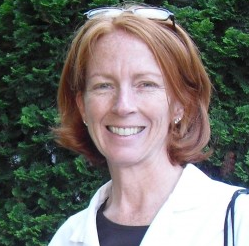 My name is Maille, which is Gaelic and pronounced “Molly”. I won my first science fair in 6th grade at Joseph Case Junior High School in Swansea, Massachusetts. My project was called “The effect of acid rain on house plants”. As luck would have it my science teacher (Mr. Fonseca) was also my soccer coach. I loved doing projects and did a science fair project every year (required or not) up through my senior year. I enjoyed it so much, that I eventually pursued a career in science and now get to do the grown-up equivalent of science fair projects almost every day. Today I am environmental microbiologist specializing in aquatic bacteria (which means I can only respond to posts at night and on week-ends). I have a Bachelor of Science Degree in Biology from the University of Massachusetts (UMD), a Master’s Degree in Biology from University of California, Los Angeles (UCLA), a post-graduate certification in Epidemiology and Biostatistics from Drexel, and a Ph.D. in Oceanography from the University of Connecticut (UCONN).