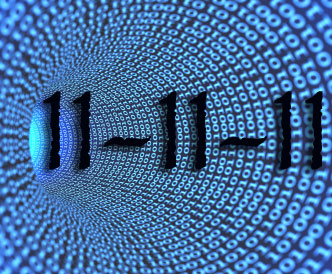 Today is a day that only happens once a century. A day most of us will only see once in our lifetime. A day where many will get married, some will celebrate a birthday, maybe even an 11th birthday and some will wait for the end of the world.

But what does it all mean? Will the world really end because of a series of numbers or is it all in our minds?

The mathematical reason the date is special is because it is the only double-figure palindromic date. The date reads the same backwards as forwards. There isn’t a 22nd month, so 11 is the only number where the palindrome will occur. There are also some interesting math equations with the number 11.

The number 11 is a prime number, meaning it is greater than 1 and is only divisible by itself and one. (11 can only be divided by 11 and 1). Here are some fun equations for you math fans out there –

The number 11 is also a favorite of blackjack and Keno players. It is also popular in rolling the dice and picking lottery numbers. The per person payouts are usually lower when 11 is a winning number.

Many have a fascination with 11:11. Some people feel haunted by the number and claim it’s a mystical sign. This is called the 11:11 phenomenon – a tendency to look at the clock at 11:11 more than other times of the day.

Psychologists say it’s not magical or spiritual but a case of “apophenia,” the human tendency to find meaning or patterns in randomly occurring data. The more conscious you are of something, the more you will notice it in the world around you. People say they don’t notice how many 11’s appear in their life until learning about it from someone else. This is a clear definition of apophenia – when people find out about something, they begin keeping track.

If you decide 34 is important, you will begin to see the number everywhere you go.

All of the beliefs that there is a supernatural or pure evil behind the date may or not be true. Will something beyond explanation occur on 11-11-11 or will it simply be a coincidence?

One hundred years ago on 11-11-1911,  The Great Blue Norther swept across America. It was one of the most dramatic cold waves to hit the United States. That day, temperatures ranged from the upper 60s and lower 70s across Missouri, Oklahoma, Nebraska and Kansas. In Kansas City the temperature hit a record high of 76 degrees by late morning. The artic front moved in and the temperature began to drop. By midnight the temperature had dipped to a record 11 degrees above zero.

In Springfield, Missouri, the temperature reached 80 degrees before high winds came through and dropped the temperature to 13 degrees above zero by midnight. That day holds both the record for the warmest and coldest temperatures recorded on that date.

Many cities saw the temperature drop 50 to 60 degrees within a 12 hour span. And the extreme temperature swing wasn’t the only weather concern. The front brought damaging winds, severe thunderstorms, tornadoes, blizzards and a dust storm across the Midwest. In Wisconsin an F4 tornado struck Janesville. Within an hour of the tornado hitting, rescue workers were working in blizzard conditions with near zero degree temperatures to rescue tornado victims.

One more historical mention about the date and the number 11 – fighting in World War I, known as “The Great War” ceased when an armistice between the Allied nations and Germany began on the eleventh hour of the eleventh day of the eleventh month of 1918. November 11th is celebrated in America as Veterans Day and Armistice Day in the U.K. This is also where the saying “the eleventh hour” comes from.

The war officially ended when the Treaty of Versailles was signed on June 28, 1919 in the Palace of Versailles seven months after fighting stopped.

Still can’t get enough of 11-11-11? Need to find some additional special numeric dates? Check out Special Calendar Dates from TimeandDate.com.