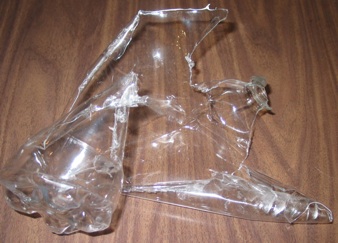 No, this is not a story about kids setting off a 2-liter soda bottle bomb or a mad scientist brewing up an explosive mixture in his garage. This is the story about a senior citizen living in Windsor, Colorado who awoke to the sounds of a loud explosion coming from her garage… and you won't believe what happened.

It is 2:00 o'clock in the morning and I awoke to this terrible loud exploding sound. I didn't know if it came from outside or inside of my house. My dog started barking, and I quickly turned on all the lights.Since I live alone I was scared, I thought someone broke the window. I ran around in the house checking, but couldn't find anything. Then I thought someone broke into my garage. I grabbed my dog and carefully opened the garage door to find a big mess of ice thrown everywhere. First I thought the roof caved in under the snow, because all the white crunchy stuff that was all over my car, all over on the wall in one corner above a table, all over the cement floor. Things were knocked down, it looked like a war zone. What could have happened???

Then I saw a mangled piece of plastic on the ground, and suddenly it hit me what expired in my cold garage. During the day, when I carried my groceries from the car, one of the bags was about to tear from the weight, so I took a bottle of Canada Dry carbonated water out of the paper bag and put it on the table in the garage, and I completely forgot about it. During the night the contents froze and the bottle exploded with a big bang, throwing the frozen carbonated water all over everything that was nearby. Even the top of my garbage bin that was at the other end of the garage was covered with the frozen remains of the soda.

When I first saw the pictures, I thought that someone was sending me a photo of the aftermath of a dry ice bomb. But the story checks out… and it wasn't even Diet Coke or a flavored beverage. So, you know the first thing I had to do, right? I bought a bottle of Canada Dry carbonated water and stuck it outside during this recent cold spell that brought below zero temperatures to Colorado. I'm please to report that the bottle froze rock solid, but no explosion. Maybe I got a bad bottle. So, I headed back to the store to get one of everything I could find in hopes of recreating the experience (just for scientific proof, of course). I'll let you know what happens. 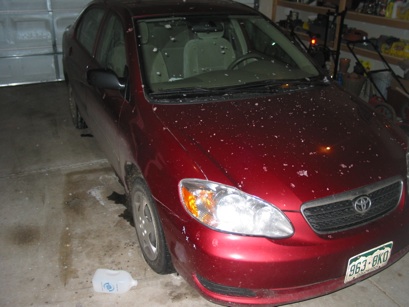 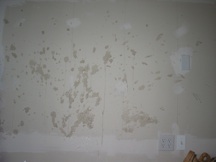