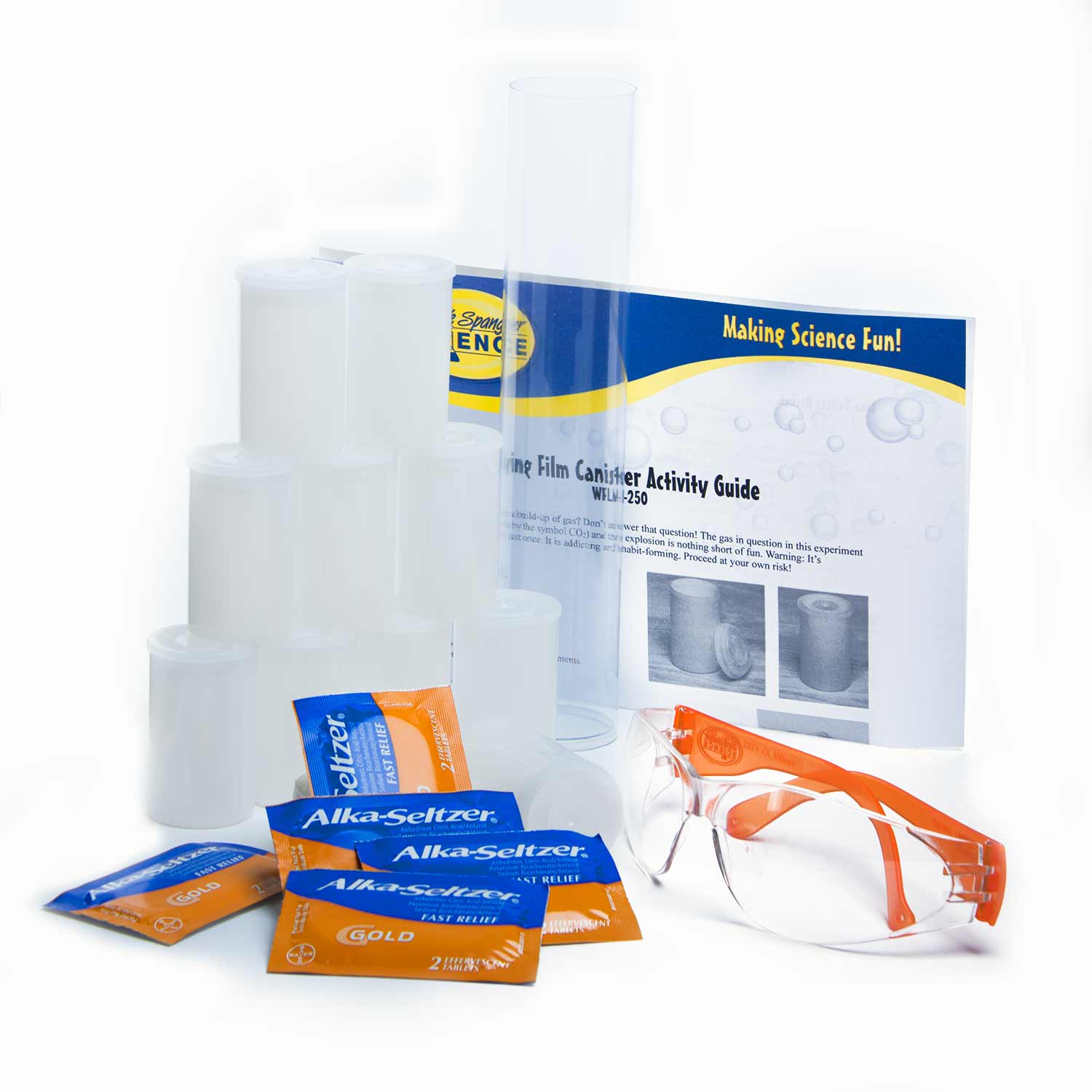 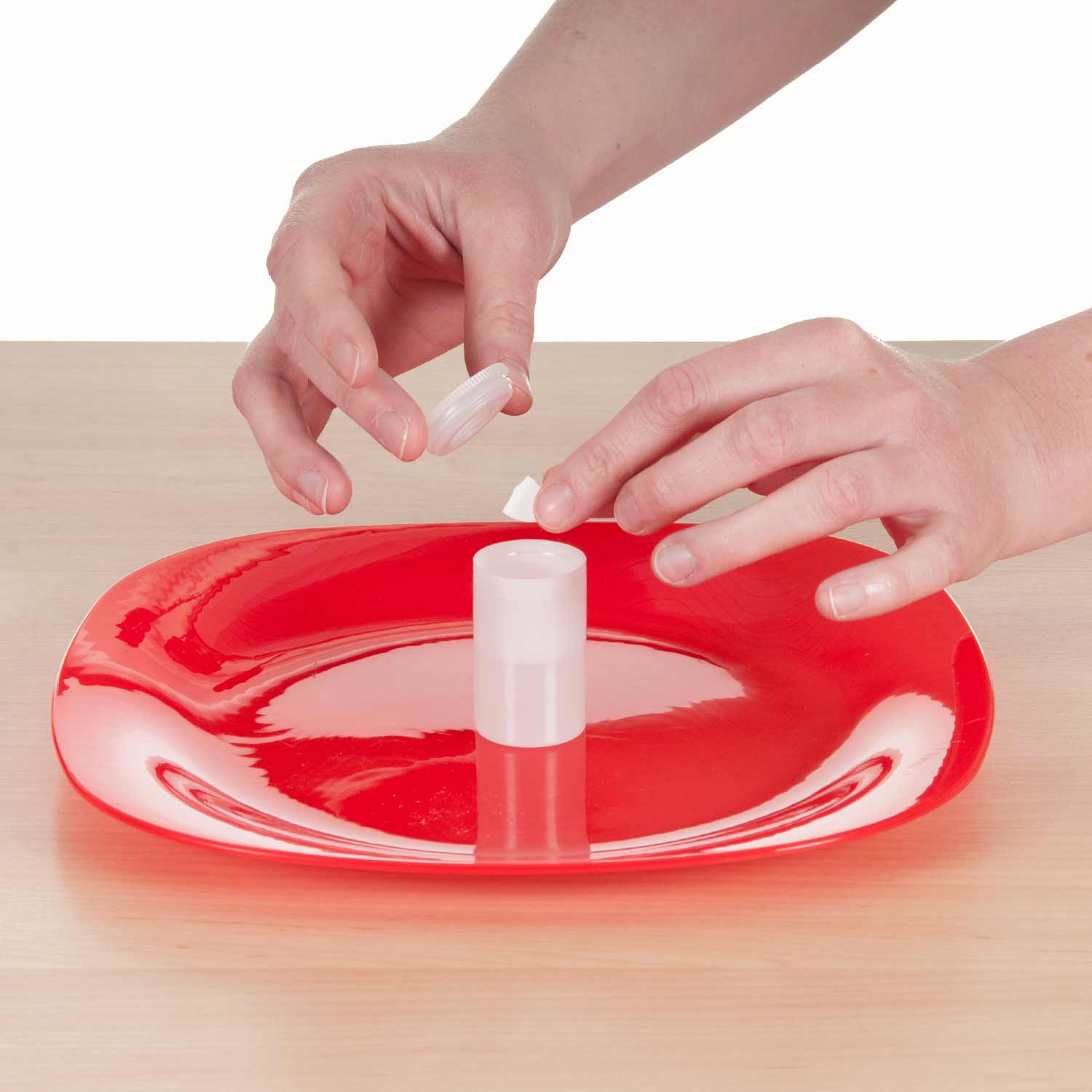 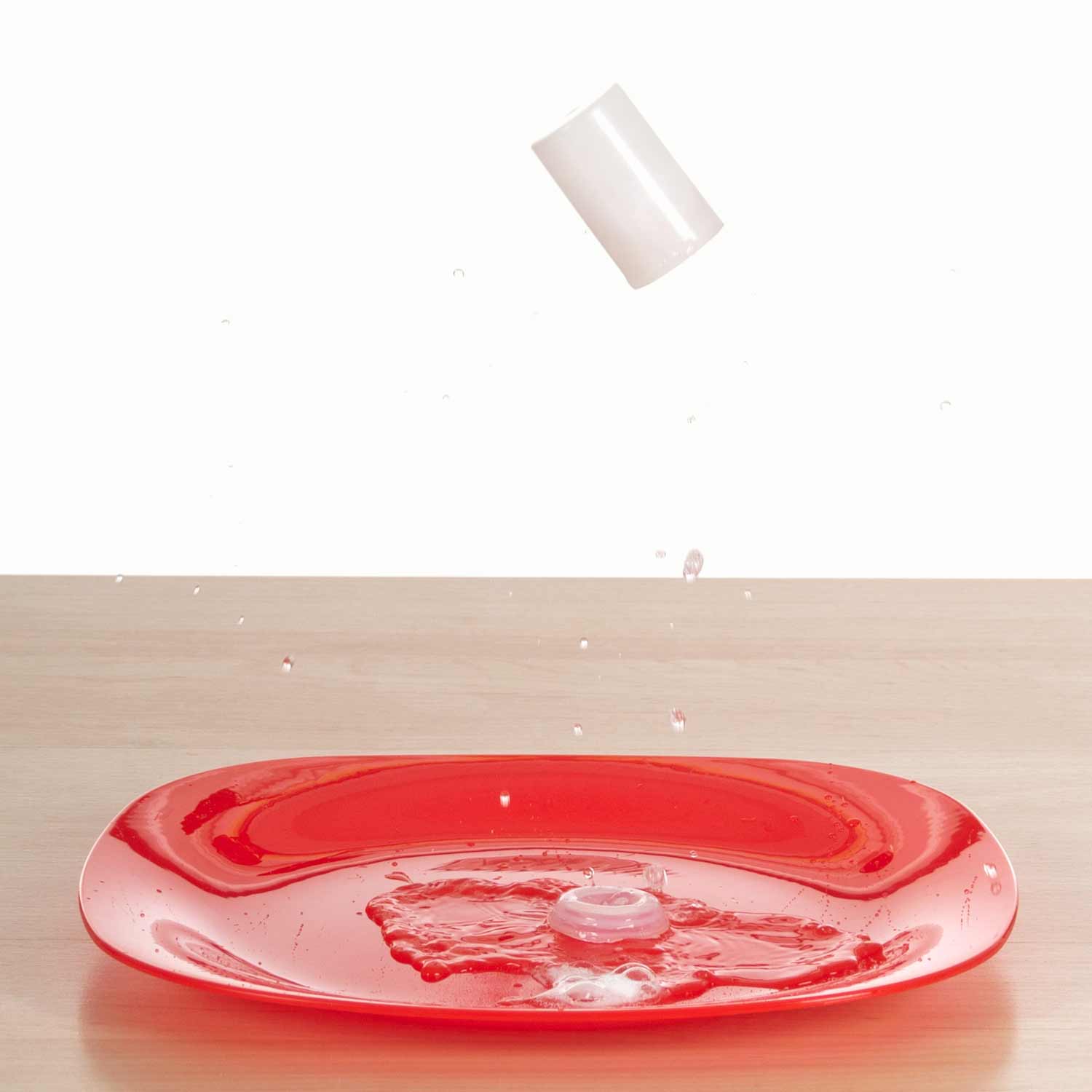 Everyone loves a film canister experiment… but in this digital-age, where can you find a film canister? We’ve been asking ourselves the same thing for a long time, but now, we are bringing back film canister science. These super-sturdy film canisters are the best we’ve ever seen and were made to ensure the biggest pop. Our activity kit includes 10 film canisters, 5 packages of Alka-Seltzer, 1 canister launcher and 1 pair of safety glasses. Lose a few canisters during your experimentation? No problem, we also sell them in bulk packages of 15 and 30. Launch the Flying Film Canister caps, or flip them over and launch the entire canister. The choice is yours. Recommended for children ages 6 and up.

When you mix Alka-Seltzer with water you are in for an explosive lesson in air pressure and motion!

Launching a Flying Film Canister is tons of fun, don’t you think? So how could you use this simple and engaging activity for the science fair? The trick is to change a variable, create a new experiment, and then compare the results.

Remember, when you change a variable, everything else has to stay the same. For example, if you change the amount of water you’re using, you need to keep the Alka-Seltzer tablets as close to uniform as possible.

Diary of a Worm Activity Kit