The term “viral” has undergone quite the makeover since the end of the 20th century. A word that used to have a connotation on par with “bacterial” has now become something that is sought after.  Going viral entails that something is spreading like proverbial wildfire. There’s viral marketing, viral memes, viral video, and viral photos. There are even viral science experiments. 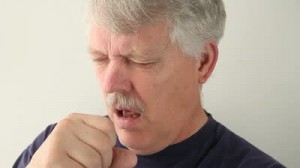 The problem with things going viral is that, oftentimes, the originator of the content gets lost in the shuffle. Whether it’s from oversight by the sharer or just another detail lost in internet translation.

Here are some instances where Steve Spangler Science got lost in the shuffle. (Note: I’m not saying that we were the first to come up with the experiments. Many of them have been around for years and years.) 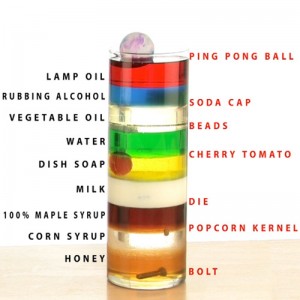 You can count ’em. It’s all there.

In the last year, we’ve seen the picture above shared more than any other. But did you know that the original experiment only featured 7 layers and no solid objects? It’s true. Our video team decided to take it to another level by adding two additional layers and objects of varying densities. For our money, it’s still the best density demonstration (especially visually) available. Since our 9 Layer Column made it out among the people, you can also find 12 layer columns like this one:  http://youtu.be/4EMUsPJtCoc 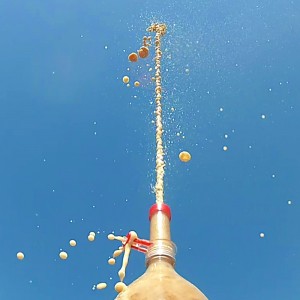 If you ask someone at the Spangler office what they think is our most famous experiment, they’ll tell you either Insta-Snow® powder, or the Mentos Geyser. The latter has been featured on MythBusters and, more recently, Epic Meal Time (although everyone knows the fruit Mentos don’t work as well, guys). It’s had a couple of viral rounds, but we’re pretty sure it started here. 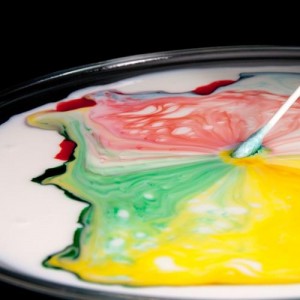 A more “colorful” liquid than is found in the East River.

The Pinterest fanatics will recognize this one. It’s amazing what you can do with a bit of food coloring, some milk, and dish soap. The newest alteration involves using some Elmer’s glue instead of milk to create a permanent work of art that’s as cool as it is colorful. 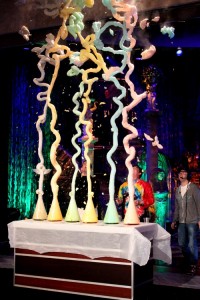 No monsters were harmed.

Over the last few years (since the demonstration’s appearance on The Ellen DeGeneres Show) we’ve received more calls about this one than any other. Unfortunately, the results are a bit caustic, so we don’t provide the step-by-step process for this one, like we do the others. But it’s still a reaction that is sure to catch some eyes. 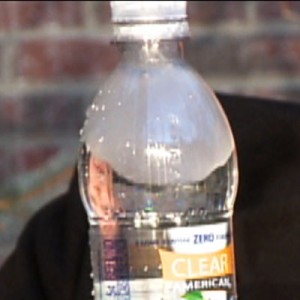 I was going to drink that…

This is the most recent viral experiment that had our team going, “Hey, we’ve done that!” While many variations have come about (including hot ice), Steve has featured it during winter segments on 9News to show people what can happen when they accidentally leave their water bottles in their freezing car overnight.