Isabella is a 5-year-old super science kid who lives in Caguas, Puerto Rico. She has been conducting science experiments since she was two years old.

Isabella is a very curious child. She wants to know how things work, she’s very interested in nature, animals, the weather all those things fascinate her. When she was a toddler we took her to a children’s museum and she was fascinated with the exhibits about the human body and wanted to know how everything worked; ears, eyes, tongue etc.. After that all she wanted was to know how things work and how they are made. Some of her questions were; why are plants green? Why the colors in the rainbow? How thunders happen? What is the moon? What is the sun? What is a hurricane? She observed and wanted to know.

Isabella’s first experiments were simple – focusing on basic and acid solutions using baking soda to see which liquids could create a reaction. She ran around the house looking for more liquids to mix and see if they would react. 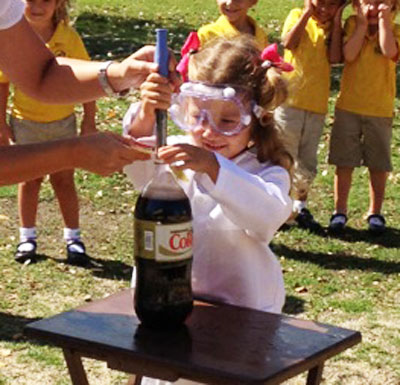 Now, every night at her bedtime, Isabella picks a theme, like how to make paper. Her mom helps her find an appropriate YouTube video to watch. After watching, they discuss the video. That’s how her family discovered Steve Spangler Science. Isabella watches the videos or reads the books and then creates experiments.  She’s done exploding volcanos, non newtonian fluids, bacteria growth, experiments with balloons, how to extract chlorophyll from a leaf, the list is quite long.

“I guess, we saw a spark in her and we realized we had to feed that spark and help her grow,” added her mom.

This past school year, Isabella was in Pre-K and Puerto Rico experienced a tropical storm. To learn more about what she had experienced, Isabella researched how a storm forms, low pressure zones and centrifugal force. She gave a presentation to her class and shared what she had learned.

Isabella  had such a passion for science, she wanted to participate in the school science fair. The school did not allow Pre-K students to enter the fair.  Instead, her preschool teacher set up a science week. The Pre-K kids were able to share their science projects with their class and participate in some fun science-themed activities.

During the science week, their amazing teacher borrowed Isabella’s science books from Steve Spangler. The class performed some of Steve’s experiments including bubbles and Mentos and Diet Coke geysers. The teacher also lined up visits from real scientists like doctors and dentists. 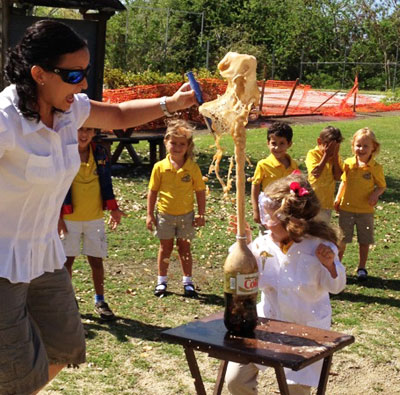 A few of Isabella’s other science projects this year included a study of different types of combustibles and how they make things go. She also conducted an experiment on bacteria. She harvested bacteria from her fingernails, mucus, saliva and her dog’s saliva and allowed it to grow in petri dishes for a week. After a week, she added alcohol, hand sanitizer and hydrogen peroxide to the bacteria farm to see how it would kill the germs. Her results inspired her to start a campaign at her school to encourage hand washing, not biting fingernails and throwing used tissues in the trash.

Her mom, Isabel, says “to actually see the dirty bacteria growing makes it tangible and fun for her.”

Isabella also loves dinosaurs and animals of all kinds. Maybe she is a veteranarian in training?

Needless to say, Isabella’s parents are bursting with pride over their dynamo. Did we forget to mention she’s a well-rounded kid? Isabella is fluent in both English and Spanish, is learning to read, write and some basic math. She enjoys sports and art…she’s active in karate, ballet, drums and a veteran at her tennis club. If that isn’t enough, Isabella is also trying out for her swimming team. Because she is so young, if she makes the team, Isabella will be placed in a special group. She is determined to be the youngest member of the team.

This is one motivated kid! Her parents say they are enjoying every minute of their journey and work hard to juggle and make things work for their amazing daughter. 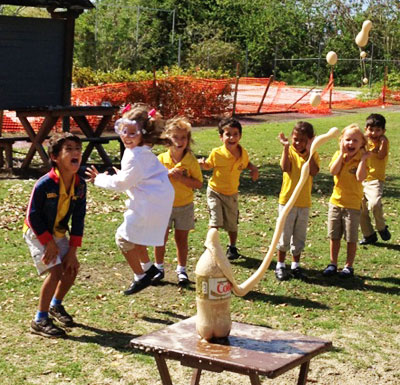