It's been called a"Mr. Wizard-style" training camp for teachers who are looking to add more purpose and piazza to their science lessons. The three-day intensive training called Science in the Rockies is targeted at early childhood through middle school teachers who need creative science integration strategies… who are tired of trying to "squeeze" science into their already packed teaching schedule… and who want to make science even more fun and meaningful in their classroom. 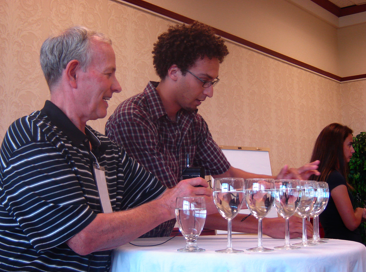 "Our goal was to give teachers the necessary training and tools to do more science in their classrooms in the coming year," according to Steve Spangler, Executive Director of the National Hands-on Science Institute and lead trainer at Science in the Rockies. "The problem is one of time: teachers want to do more science with their students, but many elementary teachers just cannot find the time needed to give students the opportunity to really do science," says Spangler. "Some elementary teachers are forced to put science on the back burner until early Spring when state testing in other curriculum areas is finished. Science education cannot withstand that kind of assault… and this sort of 'boot camp' training is so important to the future of science education." 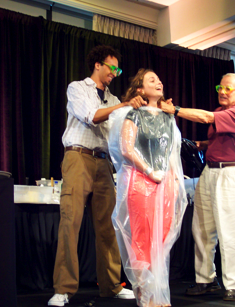 During the three-day training, teachers participated in more than 250 hands-on science experiments and demonstrations aimed at getting students to use the scientific method to solve problems and make their own discoveries. For example, as a way of demonstrating the incredible power of air, instructor Doug Hodous vacuum-packed a willing teacher participant in a giant plastic bag. “Once you’re sealed in a bag from the neck down, and the air is removed, you understand what it feels like to have 14.7 pounds of air pushing on every square inch of your body… and every kid in class wants to be vacuum-packed!” Hodous, who has been teaching at the National Hands-on Science Institute since 1996, encourages teachers to use demonstrations to grab the students’ attention and set the stage for a more hands-on experience that gets students really doing science. Julie Gintzler, children’s literature specialist and Boot Camp instructor, shared many best practices and strategies for connecting science with popular pieces of children’s literature. After reading the children’s classic, Snowy Day, Gintzler showed teachers how to make it snow in their classrooms using a material called a superabsorbent polymer commonly found in baby diapers. Adding water to the powder produced an eruption of faux snow accompanied by many ooohs & ahhhs! “It’s fun to use science to make the story literally come to life. Teachers need to learn how to tap into a child’s natural curiosity to create science learning experiences that promote wonder, discovery and exploration.” 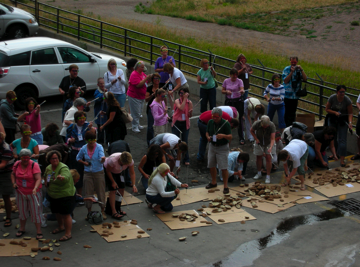 "Some of the teaching strategies are far from conventional," said Spangler as he put on his safety glasses. Little did the participants realize that they would be involved in an all out potato plug war, in the back lot of the hotel, as a way to better illustrate the concept of Boyle's Law. Each person was given safety glasses, a plastic tube, a plunger and a handful of potatoes as they made their way outside. Powered only by air pressure, the two waring factions of teachers shot potato plugs at one another admist screams of excitement. "I can honestly say that I've never participated in a teacher workshop where we laughed and learned this much. The potato plug war was truly an unforgettable experience," said Julie Freeman, a second grade teacher from Illinois. “Teaching science is not all fun and games,” Spangler explained at the outset of the three-day training. "If we continue to allow our schools, the 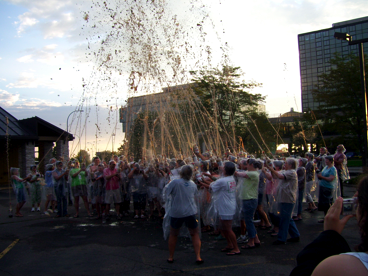 administrators and teachers to put science on the back burner, we will move one step closer to making science education an extra-curricular activity.” In the opening session, Steve shared his thoughts and perspective on the “hands-on” approach to learning. “We all learned that a hands-on approach is better than the more traditional sit-and-listen lecture style, but is that true? Just because students have stuff in their hands doesn’t mean that they’re learning. The secret is engagement instead of involvement. Students want to be engaged and to be challenged to make their own discoveries,” Spangler said as a way to set the stage for a training experience that would be more than a make-and-take weekend.