Did you know that heating water in the microwave can actually be dangerous? While sharing this story with audiences, I’ve learned that many people have had similar experiences but never understood why the water just blew up. It’s an important piece of science to share with others in hopes of preventing a potential disaster. 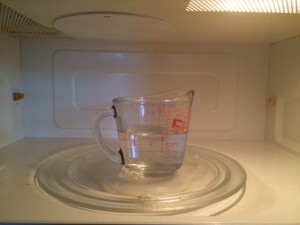 The American Burn Association (ABA) has identified scald burns from superheated liquids in microwaves as a target for a new public awareness campaign… “Water alone should never be heated in a microwave.” Here’s why…

Water Can Explode in the Microwave

Just then, the water literally “blew up” in his face. His whole face was blistered with first and second degree burns, which left some permanent scarring and damage to his left eye. While at the hospital, the doctor attending him stated that his is a fairly common occurrence. Water alone should never be heated in a microwave oven. 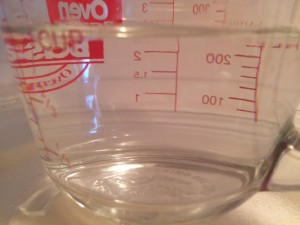 Burns from Boiling Water in the Microwave

“These burns are dramatic and traumatic because they often affect the face and hands of the burn victim. Fortunately, these burns rarely need grafting; however, they are extremely painful and in children these burns often lead to hospitalization for wound care and pain control. The best way to avoid these burns is to place a wooden coffee stirrer in the liquid when heating it and also to let all heated liquids cool for a few minutes inside the microwave before removing them,” explains Dr. Lindberg.