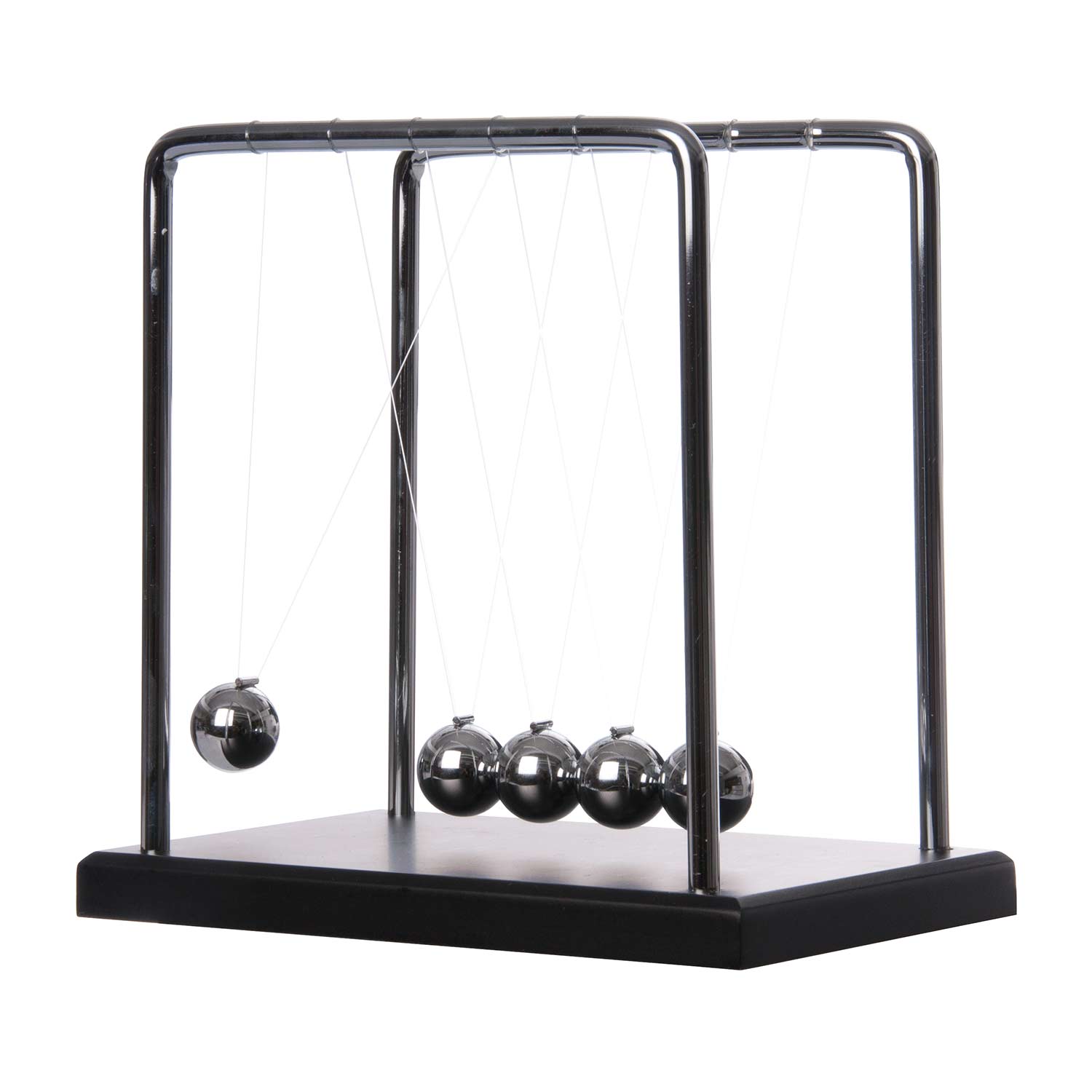 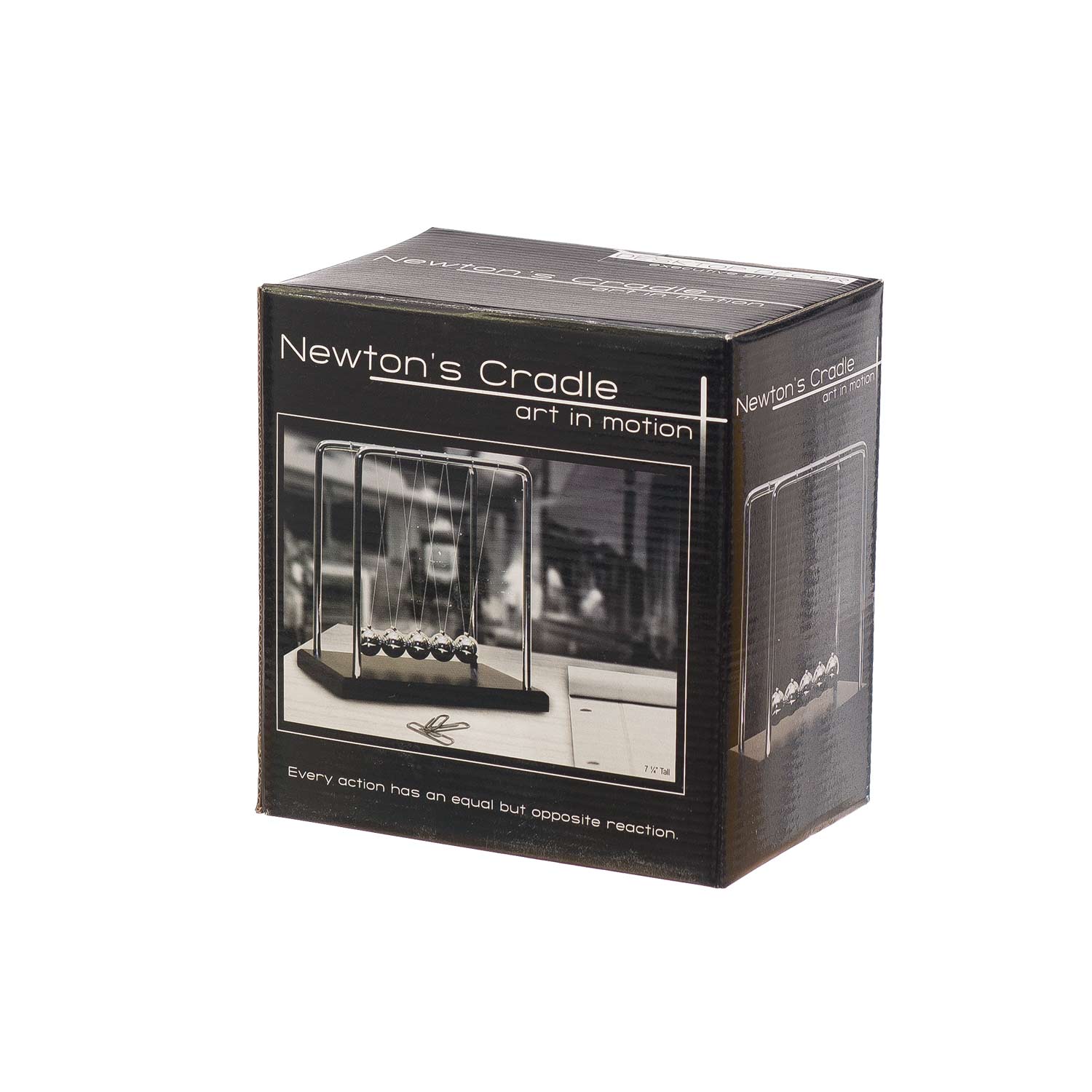 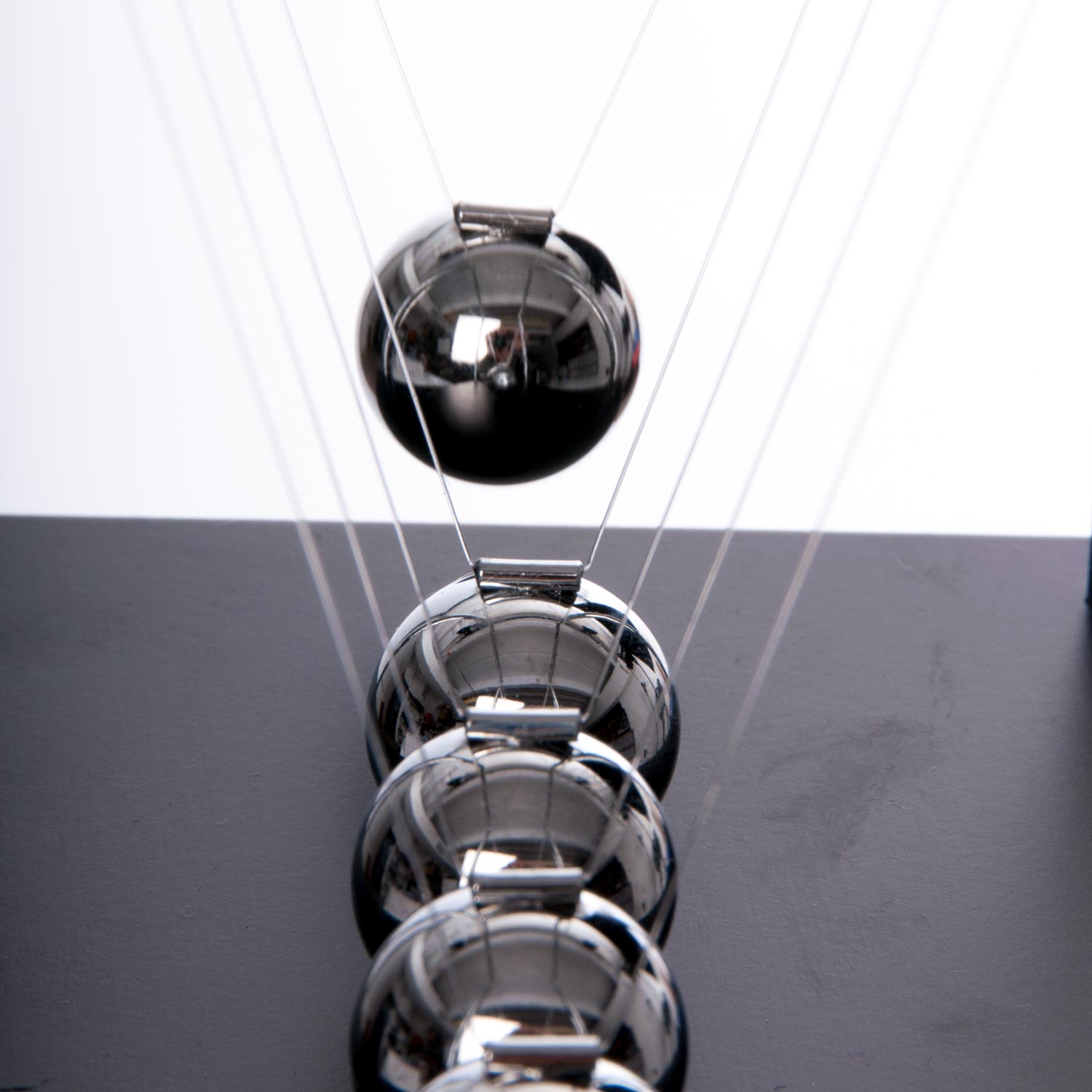 Rated 4.33 out of 5 based on 9 customer ratings
(9 customer reviews)
Read Full Description

Newton’s Cradle is a timeless, classic desktop science “toy” that is the perfect blend of science and art. Lift one steel ball and allow to fall back at one end, the ball at the opposite end will swing out the same distance. Stylish chrome and black color scheme. Fascinating to watch. Also known as “Balance Balls”, “Newton’s Pendulum” and “Newton’s Balls”, this executive office toy demonstrates the law of conservation of momentum. Using Newton’s third law has never been this much fun! What happens when you swing two? Or three? Newton’s Cradle was invented in 1967 by English actor Simon Prebble and named in honor of scientist and mathematician Isaac Newton because it employs Newton’s Laws.

Recommended for ages 8 and up.

Newton’s Cradle works through employing Newton’s Third Law of Motion (hence the name of the apparatus!). This law states that for every action, there is an equal and opposite reaction. This can be seen in the Cradle by trying it with 1, 2, 3, even 4 marbles at a time. When the marbles in motion contact the marbles at rest, the same number of marbles will finish off the arc of the pendulum.