With a little static electricity and some practice, you can make everyday objects float in midair. It sounds like magic, but it’s actually science.

Cut the handles off of the bag. Next, cut a ring of plastic around the opening of the bag that’s about 1 inch (25 millimeters) wide. You need a lightweight, continuous band for this activity.

Place the band in the fur and rub the fur vigorously all over the band to build up a static charge. You may hear crackling as the charge builds. Place the charged band on the table.

Snugly hold the same fur against the PVC pipe and vigorously rub the fur along the pipe’s length to build up a matching static charge. You may hear crackling again.

Hold the pipe by its non-pencil end and use the tip of the pencil to lift the band of plastic bag off of the table. With a gentle flick, toss the band straight up into the air. Then, immediately position the pipe below the band at the height of the band’s rise, which will cause the band to mysteriously float in the air. You can even walk around the room and the band will stay suspended above your new magic wand.

This step is a little tricky and may take some practice, but don’t give up — you’ll be amazed by what happens.

The word static means stationary or unchanging, so static electricity is an electrical charge that’s not moving. Instead, it builds in one place, like on the surface of the band or on the PVC pipe. You can’t see static electricity, but you can see how it affects the objects that hold it or come near it.

Static electricity is governed by charges on particles: they’re either positive protons or negative electrons. Similar charges, like two positives or two negatives, repel or push away from each other. Opposite charges, a positive and a negative, attract or pull toward each other. Rubbing the fur or piece of wool against the band and PVC pipe transfers a negative charge to both objects. Because similar charges repel each other, the band floats above the pipe.

The Floating Static Band is a pretty cool activity, but it’s not a complete science fair project. For a science fair project, you’ll need to identify and test variables. A variable is something that might change the outcome of an event. Consider some of the variable options you might test:

•You know what happens when you rub fur or wool on the PVC pipe. How does a different material change the results? Test cotton, silk, polyester and even a stuffed animal to see what else can charge the PVC pipe.

•Try different materials for the floating object. Instead of using a band of plastic, try thin packing foam, paper, aluminum foil, plastic wrap, a sticky note, poster board, newspaper and other items around the home.

•You’ve seen what happens to beads in a plastic bottle when they are exposed to a static charge, but what if they’re in a glass bottle instead? What happens when you rub the glass bottle on your hair or on a wool sweater? Which bottle transferred the charge better?

These are just a few ideas, but you should feel free to come up with your own variables to test. Just remember that you should change only one variable at a time, while keeping all the other factors the same. Otherwise, your results may not be reliable.

This activity was developed by Steve’s good friend and fellow science teacher, Bruce Yeany. He uses it to teach electrostatic propulsion and the repulsion of like charge to his very lucky students. 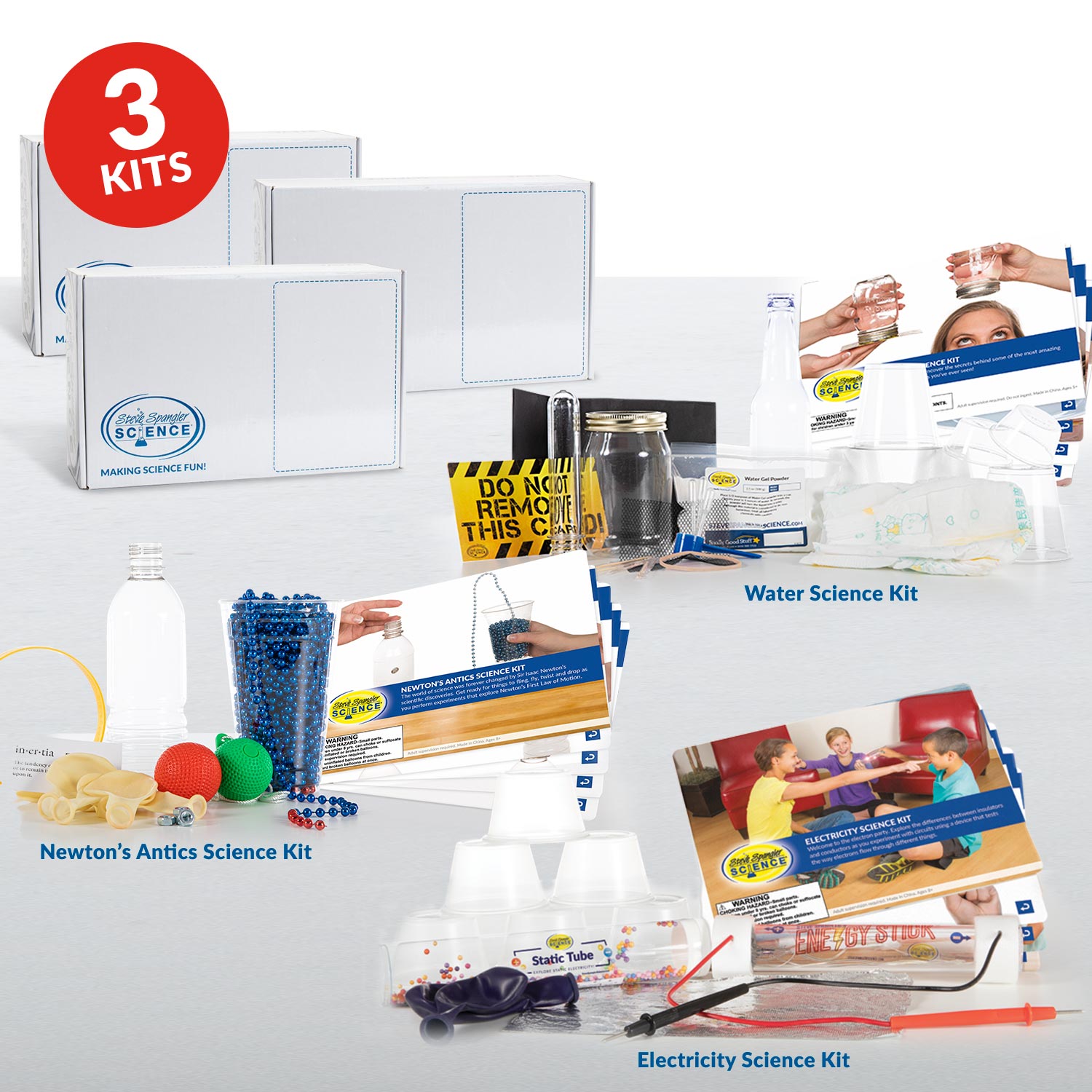 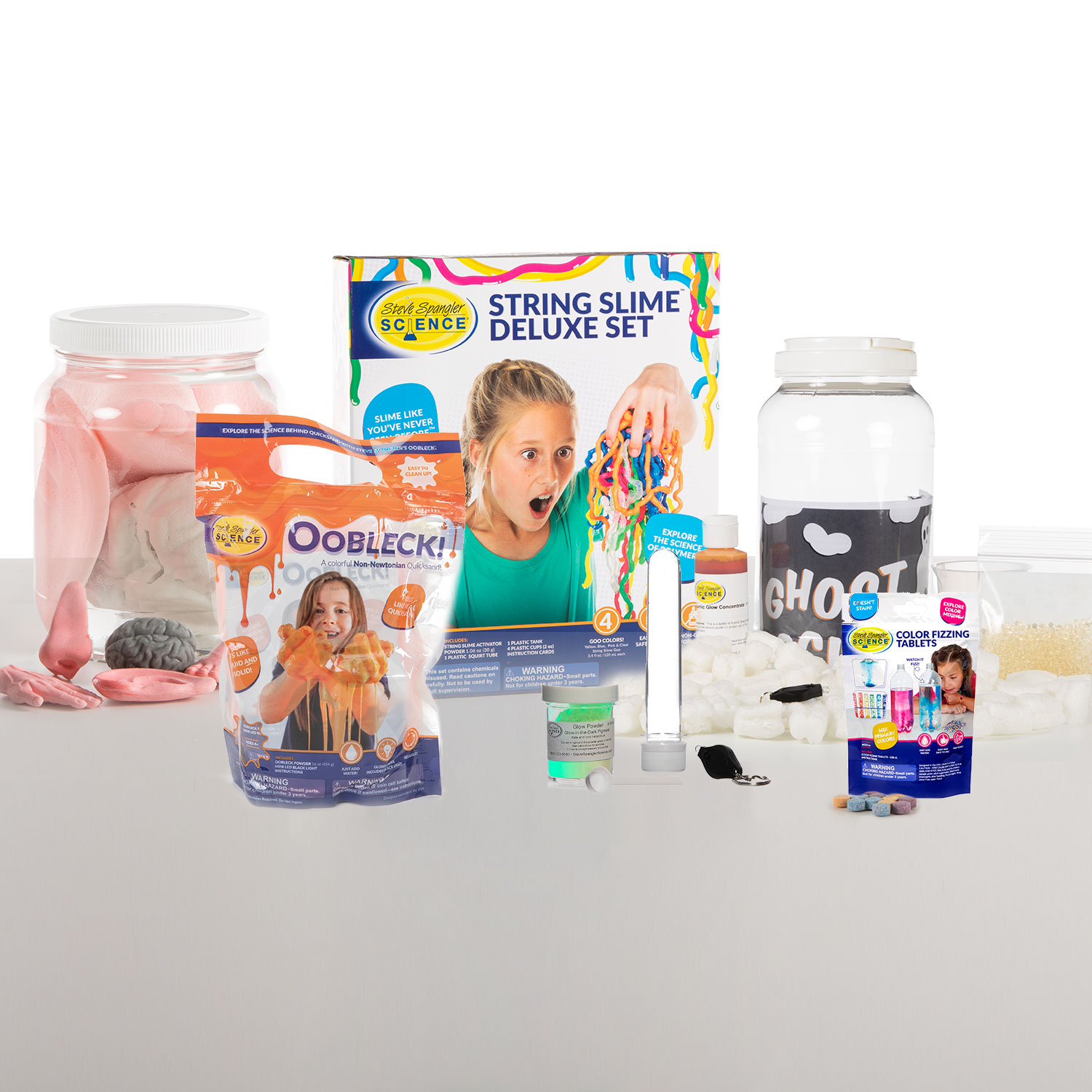 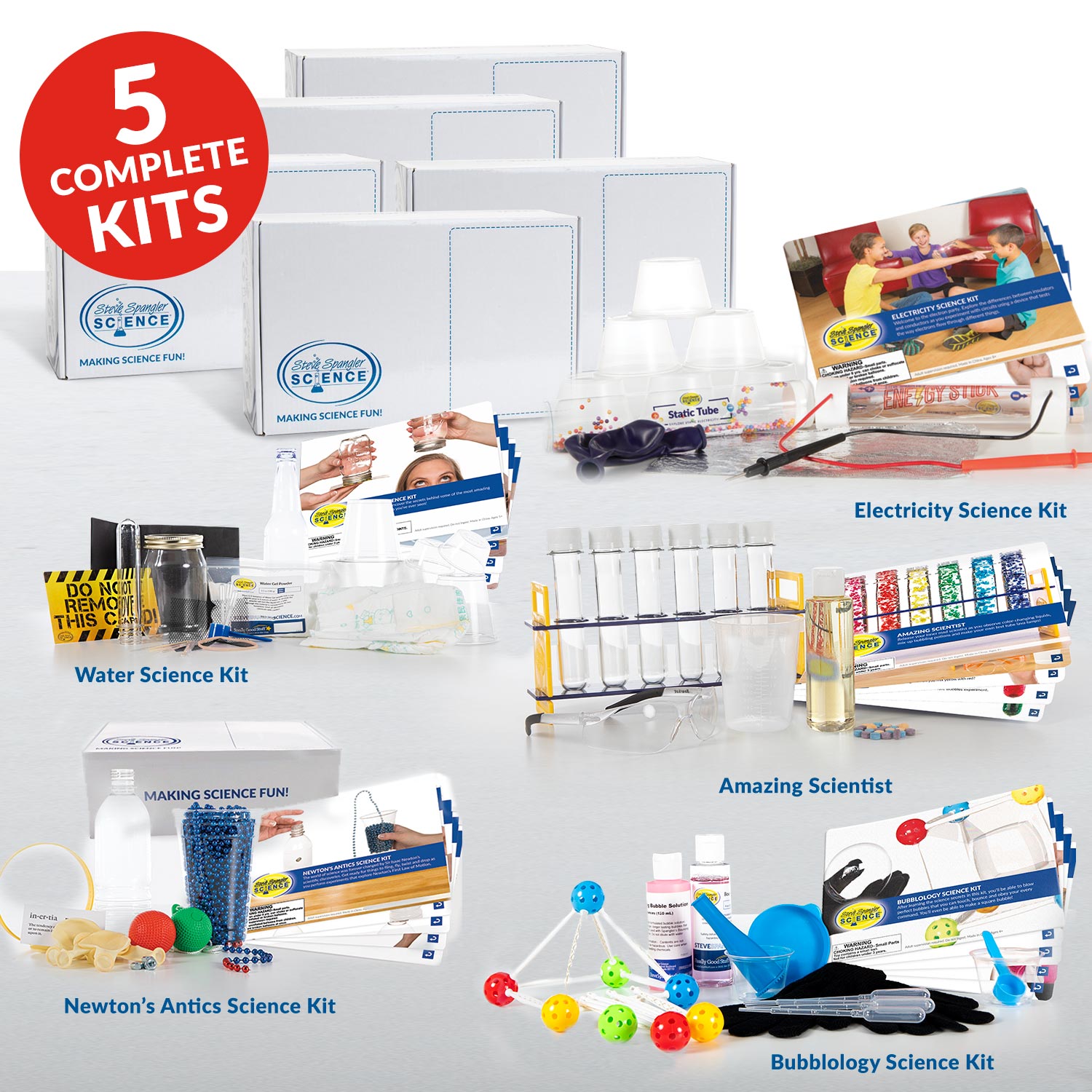 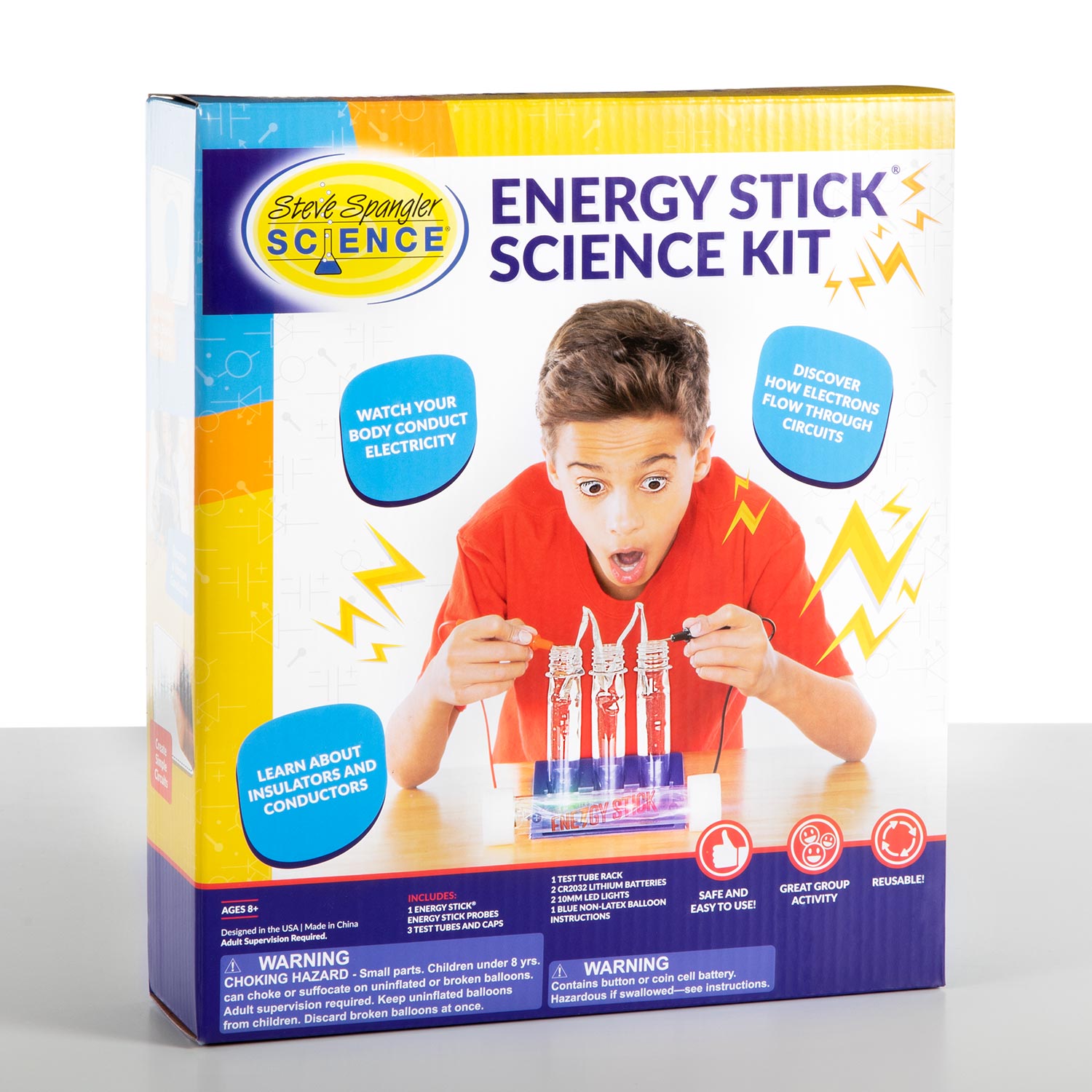 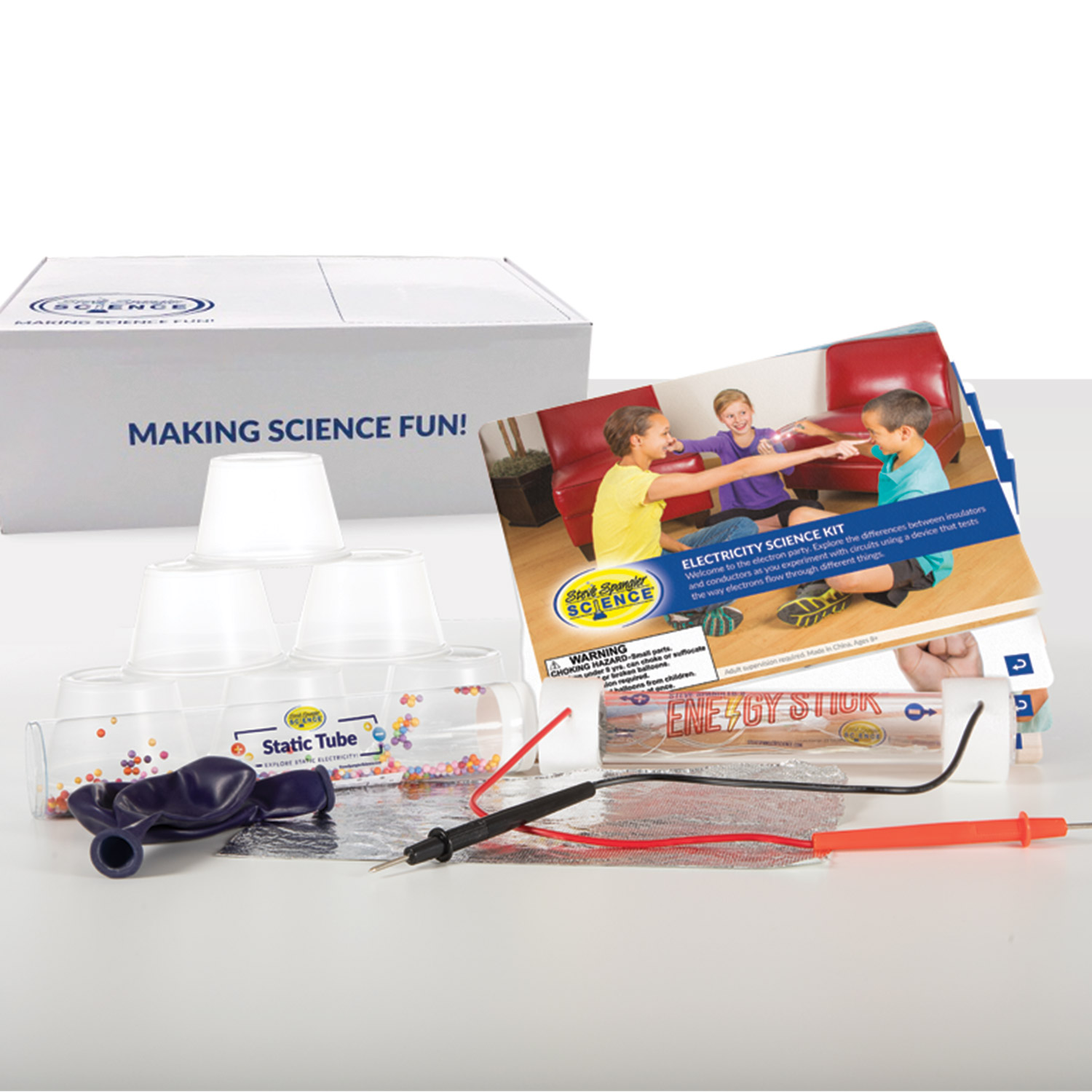 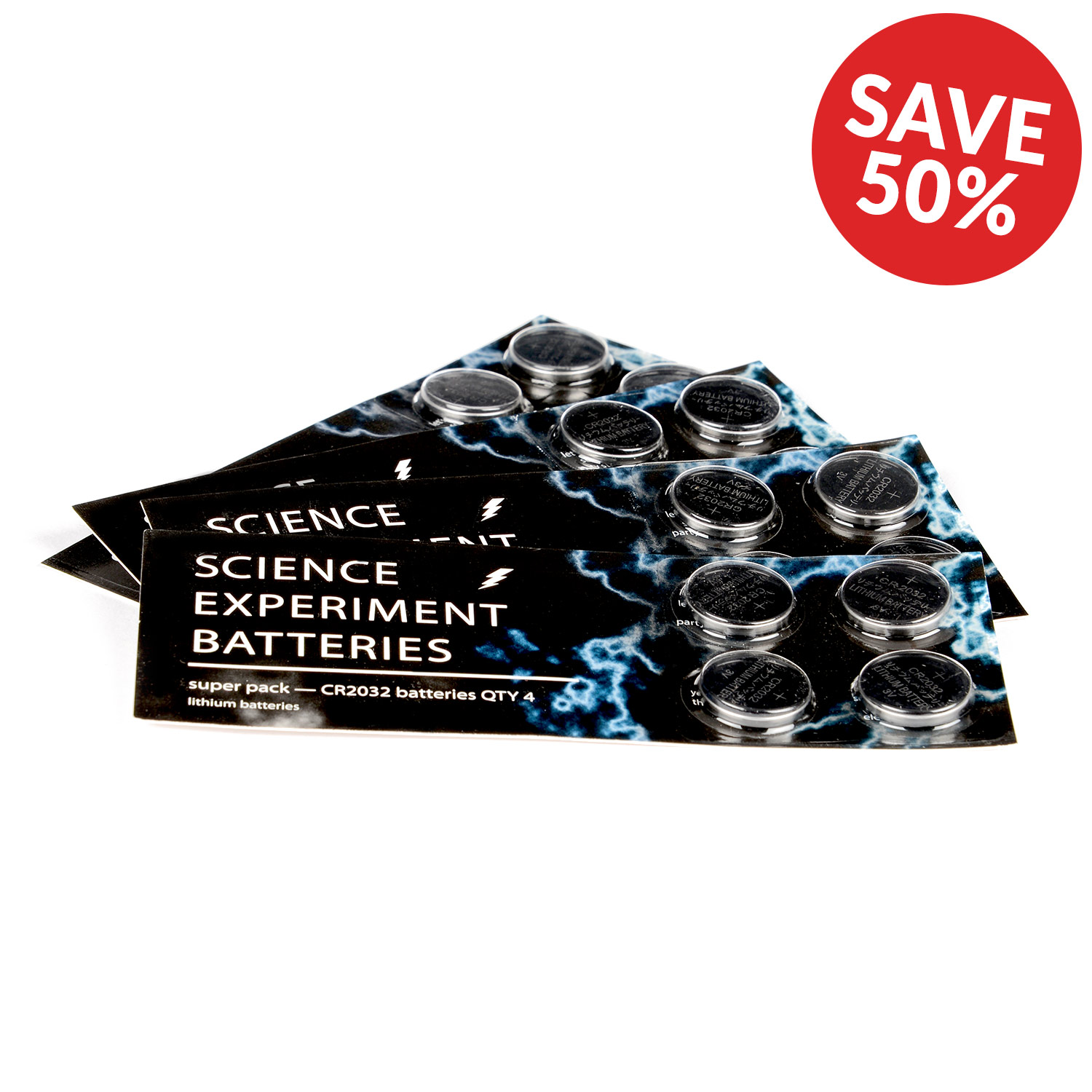 $32.99
Help children to discover the fun of science with this Electricity Science Kit, designed to help them learn about electricity and energy in a way that’s both educational and interesting. Kids will be eager to learn through the seven included experiments and with our suggested take-it-further activities, they can take their hand-on education further. Young scientists will learn about static electricity with homemade objects, as well electrons and conductivity with electron bridges.
Learn More and Buy Now