Making Science Fun One Month at a Time

The Spangler Science Club features highly interactive experiments and hands-on activities created by Steve Spangler. His easy to follow lessons serve as an introduction to more in-depth experiments and challenges that push the learner’s creativity to the next level. The experiments are likely to fizz, pop, bubble or erupt into something that is guaranteed to fill the room with oohs & ahhhs. Each box is filled with Steve Spangler’s unique blend of experiences that inspire wonder, boost creativity, enhance problem-solving skills and make learning fun.

A subscription to the Spangler Science Club is the perfect way to prepare your child for a future STEM-based career with hands-on science experiments and design challenges that teach children how to think like a scientist. Steve Spangler pulled together an award-winning team of science teachers and education experts to create an experience that is the perfect balance of learning and fun. “If we’re going to make a difference and meet the challenge of 21st century learning, we need more than cute ideas and cookie-cutter activities to truly inspire the next generation of scientists,” said Steve Spangler in an interview with the Wall Street Journal.

Your subscription to the Spangler Science Club is the first step in giving your child the opportunity to engage in science on a whole new level. – Join the Club

Steve Spangler is a teacher, science toy designer, speaker, author and an Emmy award-winning television personality. Spangler is probably best known for his Mentos and Diet Coke geyser experiment that went viral in 2005 and taught millions of people how to turn an ordinary bottle of Diet Coke and a roll of Mentos into an erupting soda geyser.

Spangler is the founder of Steve Spangler Science, a Denver-based company specializing in the creation of science toys, classroom science demonstrations, teacher resources and home for Spangler’s popular science experiment archive and video collection. Over 160 million people have watched his online science videos, and now you can experience his hands-on science fun each month.

Spangler is also a frequent guest on the Ellen DeGeneres Show where he takes classroom science experiments to the extreme. He’s a former classroom teacher, best-selling author, two-time Emmy winner, holds a Guinness World Record for the Largest Physics Experiment… and will do anything possible to make science fun. 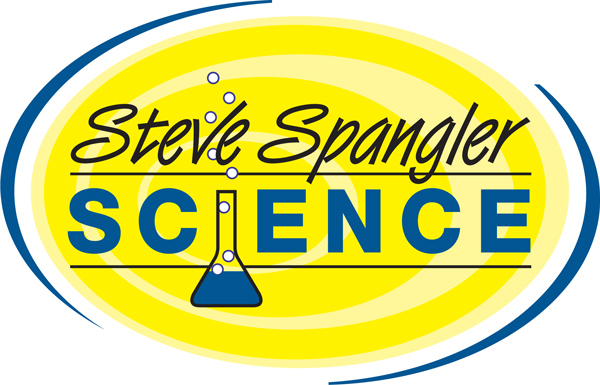 The Spangler Science Club is powered by the creative team at Steve Spangler Science. The Denver-based company has a long-standing history of developing educational toys, science kits and resources for parents and educators since the early 1990s. You’ll find some of their most popular toys and kits in large retail stores like Target, Toys R’ Us and in over 2,500 specialty stores throughout the country.

STEM is much more than an acronym. STEM really is a philosophy. STEM is a way of thinking about how educators at all levels—including parents—should be helping students integrate knowledge across disciplines, encouraging them to think in a more connected and holistic way when it comes to science, technology, engineering and mathematics.

At Steve Spangler Science, we believe STEM is all about growing new scientists and engineers, and we will go to almost any extreme to get children excited about science. If you look at the large corporations and national organization who are contributing significant funding to STEM initiatives, they all share a common goal… to prepare an emerging workforce for STEM-based careers.

Our knowledge of how people learn has grown substantially over the last few decades. We now understand that success in learning requires the learner to be at the center of the experience, making connections across disciplines and also across contextual settings. Children need to be presented opportunities to learn the same material in different settings and through different lenses. The traditional approach of teaching topics in isolation does not support the ways that children learn best.

STEM, on the other hand, calls on parents and educators to give children chances to investigate an idea in a variety of settings, for what educators call cross-contextual learning.

“I found my son cheering ‘Newton! Newton!’ in the middle of the kitchen when he knocked away the pie pan and the egg landed in the glass of water. Thanks for getting our whole family excited about science.”

“We’ve watched Steve Spangler’s videos for years and these kits capture his enthusiasm for making science fun. My children can’t wait for the next box to arrive.”

“As a retired electrical engineer, it’s important to me to give my grandchildren the chance to experience science the way I did when I was in grade school. They can’t wait to come over to our house and do the experiments each month. I think we might have a few future engineers on our hands.”

“I’m not sure who enjoyed the experiments more… me or my daughter. Thanks for creating an opportunity for me to engage with my daughter in such a meaningful way. She’s a budding scientist.”